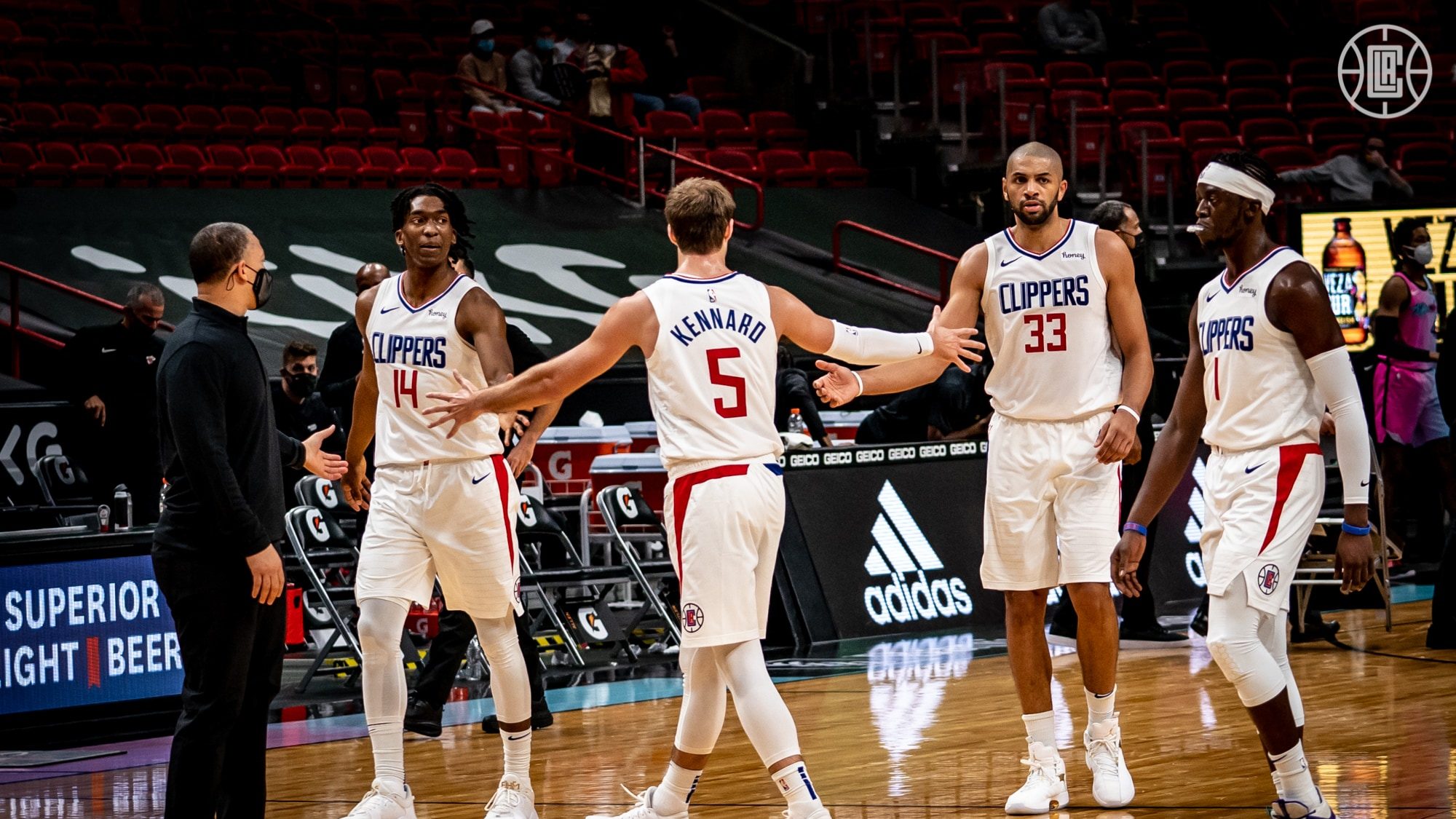 Our 2022-2023 player season preview series continues with Luke Kennard —the Clippers’ sharpest shooter who, despite his elite shooting, might be the odd man out this year.

Luke Kennard is yet another key player from last season who will not be expected to carry the same load again for this season. Along with Brandon Boston Jr., Xavier Moon, Terence Mann, and Reggie Jackson, Luke suddenly will find himself a spot or two deeper on the depth chart. Case in point, when the Clippers were (more) healthy during the 2020-2021 season, Luke only averaged 19.6 minutes per game; last year, while the Clippers resembled a MASH unit, he averaged 27.4 MPG.

This could go one of two ways: In one case, Kennard is a 10-15min per game guy, coming off the bench, who gets to focus on what he does best—catching and shooting. This route seems quite probable and perhaps even exciting, given that it seems like John Wall will running the second unit. Moreover, Kennard, in that scenario, is likely to be sharing time with Terence Mann and Robert Covington, who can shoulder the defensive load. (As we have noted on TLTJTP, though, Luke is better on defense than most assume.)

In the other case, Luke Kennard is simply the odd man out. He will be directly competing for minutes with Normal Powell and Terance Mann; indirectly, he’ll be behind Paul George, Reggie Jackson, and John Wall. And that’s assuming he will earn preference over Amir Coffey and Brandon Boston, Jr., both of whom are more well-rounded players than Luke (Editor’s Note: For Brandon, I’d argue this is still more upside-related).

If you are Ty Lue, the argument in favor of taking the first route is Luke’s elite three point shooting ability. As noted above, he shot 44.9% from three, which was the best in the league last year (min. 100 attempts), and shot 44.6% the year before, which was good enough for eighth in the league. This efficiency on decent volume at the most important shot in modern basketball suggests that Kennard needs to be on the court complimenting the driving and playmaking ability of the Clippers’ marquee players.

The second route, however, becomes more likely when the other three-point threats on the roster are taken into account: Marcus Morris, Sr. (career 43.5%), Norman Powell (38.4%), Kawhi Leonard (38.4%), Amir Coffey (38%), Terance Mann (37.9%), Paul George (38.2%), and Reggie Jackson, whose careers shooting numbers are not that impressive but who we know can be an elite catch-and-shoot threat. Not only are these players great shooters, they also offer other things that Kennard does not (defense, rebounding, etc.). These facts suggest that Kennard’s three-point shooting is not in fact that valuable to this Clippers roster.

So what can we expect from Luke Kennard? Regardless of playing time, whenever Luke is on the floor, he should continue to be an elite shooter. Moreover, if he’s learned anything from last season, he should let it fly even more, even if his percentages suffer as a consequence.

Without rehashing the above, Luke is an elite shooter. But the indirect “strengths” that flow from that are many: he attracts some level of attention from opposing defenses, his presence behind the arc opens up lanes for cutters and drivers, and his shooting can change the momentum of a game, especially when he hits a couple in a row.

He is also a phenomenal free throw shooter (89.6% last year), a competent ball handler, and is pretty clutch:

Luke’s defense is a constant “issue” even though it is not a true “weakness” at this point. That is, although Luke has improved as an on-ball defender and in the show-and-recover scheme, he still gets picked on by opposing offenses. And if Luke was picked on last year, it should only get more pronounced this season, given the Clippers’ deeper roster.

A constant frustration with Luke is his shyness. Throughout his time with the Clippers, the recurring refrain is that he needs to shoot more. In order to be a factor this season, Luke cannot afford to turn down open shots. That is, although he’s not a one-dimensional player, he’ll have to be one dimensional on this roster—and aggressively so.

On the whole, Luke Kennard will either be a secret weapon in the 2023 season—or, just a secret. Whether or not he receives consistent playing time or not will depend on if Ty Lue sees him as a compliment to the Kawhi and PG led offensive attack or as redundant given the Clippers’ other shooters. And, without getting too much into it, the answer to that question might determine if the Clippers keep Luke long term or spin him for a player who addresses a more pressing need.