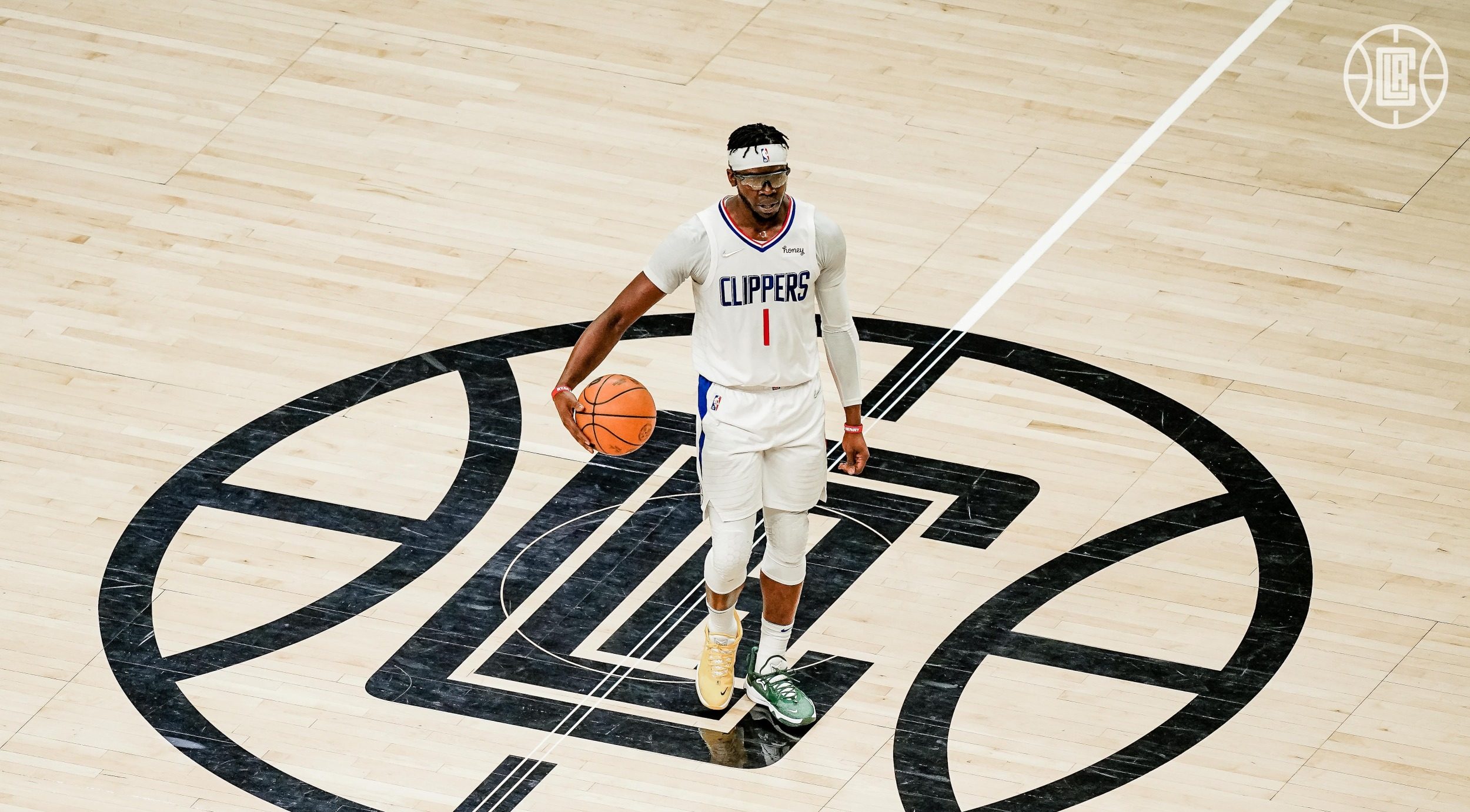 The main expectation for Reggie Jackson with a healthy roster and the addition of John Wall is some much needed rest along with a reduced role. Last season, Jackson averaged a career-high in minutes per game that also coincided with some of the lowest shooting numbers of his career. He dealt with a bout of Covid and with numerous players in and out of the lineup, but regardless, Jackson was relied upon heavily throughout the season.

For much of the year, Jackson was the only reliable scoring threat as well as the team’s only capable point guard and playmaker. He was overworked and overused out of necessity. Despite that, he gave it his all each and every game and firmly established himself as a fan-favorite. For the most part, he has thrived in whatever role the Clippers have asked of him and he’s credited head coach Tyronn Lue with saving his career.

This season, he’ll have some competition from Wall in training camp for the starting point guard position. He’s fully earned the right to compete for a starting role. But whatever role he ends up with, whether that’s as a starter or coming off the bench and anchoring the second unit, look for Jackson’s minutes to decrease and his production to go up as he hopefully won’t be asked to take on such a heavy load with a fully healthy roster.

Perhaps the biggest strength of Jackson’s doesn’t have anything to do with on court production. He has really emerged as a leader of this team, and his upbeat personality is infectious. He’s mentioned postgame before that his mentality is to never get too high and never get too low, and the team has really adopted that mindset. Jackson’s veteran hand has been instrumental in some of the big comebacks the Clippers have had over the past couple of seasons. He’s an amazing locker room guy and the team and the home crowd feed off his energy.

Aside from last season, Jackson has been a fairly dependable three-point shooter. During the 2020-21 season, he shot 43.3 percent from distance and during the 2019-20 season he shot 41.3 percent after being bought out by the Detroit Pistons and signing with the Clippers. Throughout the 2021 playoffs, Jackson was one of the team’s most consistent three-point shooters, especially off the catch. With Kawhi Leonard and Paul George back in the lineup as the primary ball handlers and creators, Jackson should thrive playing more off-ball and getting open looks from three.

Jackson has always been a reliable playmaker as well. Early in his career with the Oklahoma City Thunder, Jackson was always looked at as a scoring point guard, but his assist numbers have always been around the four to five per game mark. He’ll never be mistaken for one of the league’s elite playmakers but he gets the job done. He knows how to get others involved and his 16.3 shot attempts per game last season was more so out of necessity. He can certainly help get the ball to Leonard and George in positions for them to be most effective.

He’s a clutch shot maker as well. He’s not afraid of the big moment and more than capable of knocking down a dagger if that’s what the moment calls for. He had a pair of game-winning shots this season against the Orlando Magic and Los Angeles Lakers. If Leonard and George draw the defense and need to kick the ball out to open shooter, Jackson is more than ready to knock it down.

One of the areas that the Clippers desperately lacked in without Leonard and George was the ability to attack downhill and get to the basket consistently. At times, Jackson is able to break down the defense and get to the rim, but sometimes it isn’t as consistent as you would expect. He was one of the only options the Clippers had last season as a downhill threat but what’s stymied him sometimes is his decision making and shot selection. Again though, he was overworked and thrust into a different role due to necessity. With a full lineup, look for his decision making to improve.

Defensively has been one area of concern for Jackson throughout his career but since he’s been a Clipper, it hasn’t been that much of an issue. The Clippers have been one of the best defensive teams in the NBA the past couple of seasons and Jackson has done his part. He’ll never be confused for All-Defensive level player, but that part of his game is not so much a concern as it once was.

In all, look for Reggie Jackson to have a bounce-back 2023 season with improved efficiency. He does well playing off the Clippers star players as he did in the 2021 playoffs, and he will benefit tremendously from a reduced role. He’ll be asked to handle the ball at times and run the offense but look for a lot of catch and shoot opportunities with solid percentages from three-point range should he be playing with the starters. If he does come off the bench, look for him to settle into a Sixth Man type role where he can provide instant offense in spurts and help strengthen the Clippers second unit.