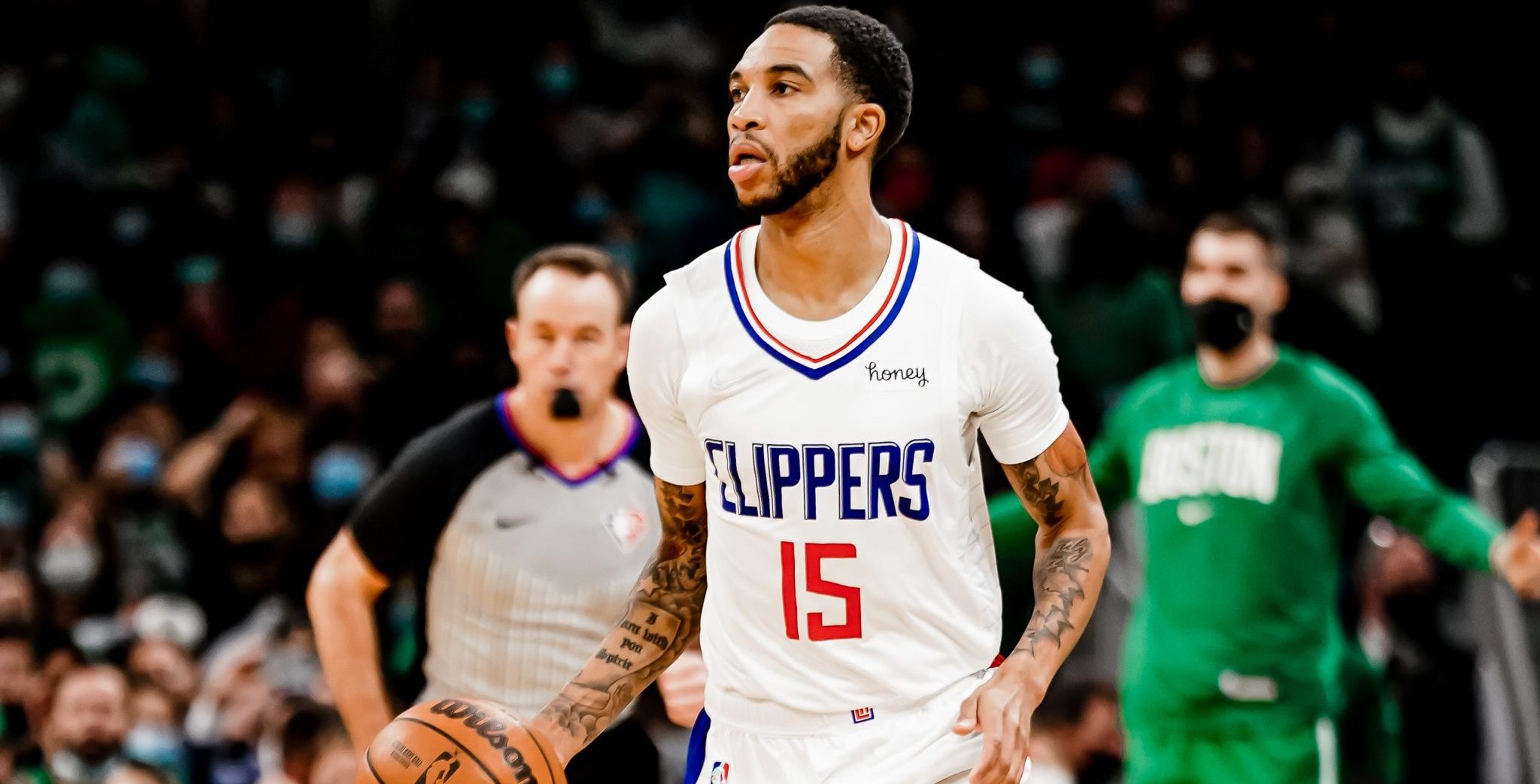 Our 2022-2023 player season preview series continues with Xavier Moon, an emergency addition from last year who has earned another opportunity with the team.

Xavier Moon was a fun surprise last season when he was signed to a series of 10-day contracts and eventually added for the remainder of the series. The Clippers did not, however, extend him a qualifying offer; instead, Xavier will go into training camp on an Exhibit-10 contract and the parties will proceed from there.

Therefore, given that it is not clear if Xavier will be with the team for the season, it is tough to calibrate expectations. But it seems likely that Xavier will be given the opportunity to play in the G-League with the Ontario Clippers. There, he should continue to dominate along with Brandon Boston, Jr. and work on his physicality and strength. If he is able to earn minutes on the main roster, Clippers Nation should expect Xavier to do what he did last year: give the Clippers replacement-level minutes as a ball handler and distributor with the bench unit.

To be clear, the odds that he actually gets minutes are low, regardless of how well he plays in the G-League. With the addition of John Wall, the recovery of Jason Preston, and the general health of the rest of the roster, it is hard to imagine a path for Moon at the moment. Nonetheless, Ty Lue and the rest of the Clippers organization, especially Reggie Jackson, grew fond of Moon, so he will probably get some kind of opportunity to advance his career with the help of the Clippers.

Xavier is extremely quick, is an above-average ball handler, and is a great passer. One of the first things that is apparent when he gets on the court is not only his pace but also his acceleration and ability to create space for himself. This athletic ability allows Moon to make up for his lack of size and strength, and get enough separation to pull up for jumpers or blow by defenders.

Moon’s passing is not flashy, but it is very effective. Whether its pick-and-roll or drive-and-kick, Moon consistently found open teammates or passed them open by leading them in the right direction (especially in the G-League).

Finally, Moon is a pretty efficient scorer. Although it was over a very small sample size, 49% from the field and 36% from three are great splits (he shot 60% from the free throw line, which is not ideal, but he only took five total). What’s more, he shot nearly 50% even though almost 60% of his shots were taken from 16 feet or farther. If Moon can maintain these splits—or even just stay in the neighborhood—he will find himself on an NBA roster at some point in the next few years. Smart, pass-first point guards who aren’t total zeros as a scorer will always be an attractive fourteenth or fifteenth member of a roster.

Xavier is a well rounded player, but he has a few obvious factors that are working against a long-term future in the league. It seems unfair to call them “weaknesses” because they are not things that Xavier can really control: he’s beyond “development” years and he’s very slight.

Specifically, Moon is already 27 and he’ll be 28 halfway through the season. Now, I do not think he’s “too old” to be in the league, but he is in the position at which he cannot be considered a “prospect” anymore. He’s either an NBA player or he’s not, and no team will invest in him long term purely on the idea that he might get better.

Moreover, he’s really skinny. At 6’2″, he’s only 165 pounds, which makes him liable to get bumped and bodied on defense. It also limits his ability to contribute as a rebounder—something the Clippers need to focus on—and play against opposing starters in general. While Xavier could do the whole “he got bulked up this offseason” glow up that happens every year (even though it’s usually just a narrative), I don’t know what that would do for him. Again, he’s already 27, so making a dramatic change to his playing style at this point might not help and could even hurt.

On the whole, Xavier Moon is a fun player who will likely be with the Ontario Clippers this year. If the Clippers do, however, find themselves needing his services on the main roster, Clippers Nation can expect solid ball handling and passing as well as athletic moves to create the occasional shot for himself but, above all, Xavier Moon will play within himself and be in control: fast but not in a hurry.