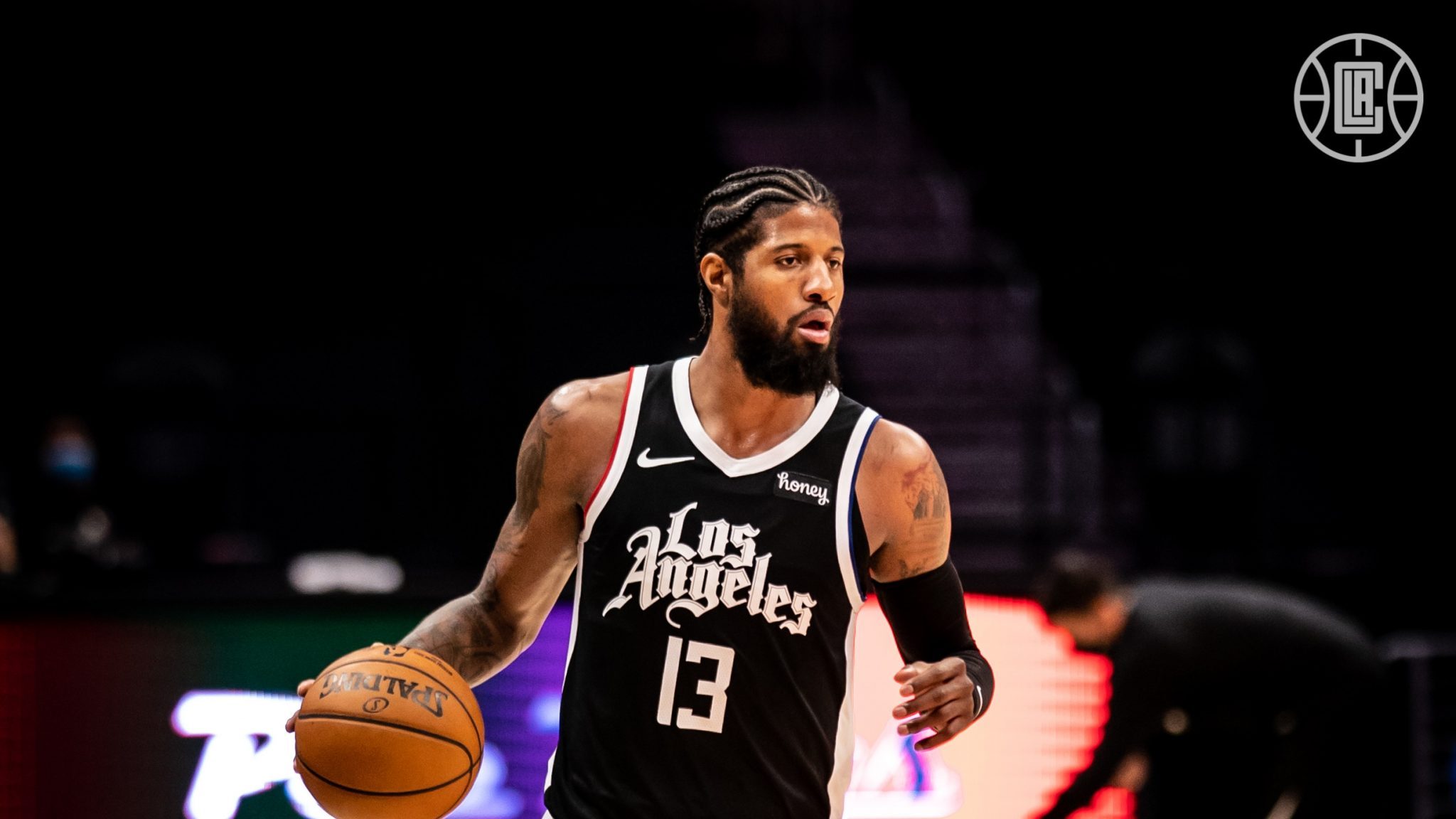 With the Clippers season over, we’re going player-by-player breaking down the season each Clipper had, reviewing our pre-season expectations for them, and considering their future with the team going forward. After discussing the team’s 2021 point guards last week, we are moving on to the wings, starting with one of the Clippers’ stars, Paul George.

There were no set expectations for Paul George. He didn’t have a points per game threshold that he had to meet, or skills to develop, or a specific All-NBA team that he was trying to make. Instead, the expectations were a bit more nebulous – to truly be a superstar and #2 option to Kawhi Leonard in the Clippers’ pursuit of a championship.

That meant, of course, moving past his disappointing 2020 playoff campaign and his associated mental struggles in the Orlando bubble. Not many fans or pundits complained about George in the regular season, and he – and the team as a whole – were not going to be given credit for another terrific regular season effort this year. Everything hinged on the playoffs, on Paul George coming through and not letting this Clippers team down.

While George didn’t have a breakout season like Terance Mann, a redemptive campaign like Nic Batum, or a thrilling and wholly unexpected year like Reggie Jackson, it’s hard to think of his 2021 season as anything other than a major success. Like almost every player on the Clippers, George was hit with the injury bug for much of the season, missing 18 of 72 games – a full quarter of the season. However, when he was healthy, he was excellent, improving on his rebounding, playmaking and scoring efficiency from the prior year and remaining a (mostly) reliable second option offense behind Kawhi Leonard. George fully earned his All-Star and All-NBA Third Team nods, re-establishing himself as one of the top 15 or so players in the entire NBA.

For all of that regular season production, as mentioned above, George was only going to be judged for his playoff performances. And incredibly, it was in the playoffs that PG shined the brightest, upping nearly all of his stats with particularly big jumps in rebounding and scoring. He didn’t shy away from the big moments, was highly consistent (scoring at least 20 points in every playoff game), and stepped up when Kawhi Leonard got injured in Game 4 against the Jazz.

Most importantly, George gave the Clippers his all throughout, and in Games 6 against the Jazz and 5 against the Suns provided the Clips with two of the best player performances in franchise history. Game 5 against the Suns, with the Clippers on the brink of elimination, was particularly special, as Paul poured in 41 points (on 15-20 shooting), pulled in 16 rebounds, and dished 6 assists. He was simply magnificent, and proved that when push comes to shove, Paul George is still one of the best players to have on your side in the entire NBA.

Two concerns about Paul George to note amidst all the praise – turnovers and defense. Sloppy ballhandling and poor passing have been criticisms of George’s game for as long as he’s been in the NBA, but he was notably turnover-prone this season, recording his highest turnover percentage in a full season since his third year in the NBA nearly a decade ago. You could count on him to have at least two head scratching giveaways every game, and while that was something the Clippers could usually give with, I was highly frustrating. George’s defense, too, has slipped. He’s still described as one of the best “two-way” players in the NBA and as an elite defender, and those descriptions just aren’t quite accurate any more. He’s not a bad defender, certainly, but all of his advanced numbers are down, and he’s not as slippery getting around screens or staying in front of ballhandlers at the point of attack anymore. George is more of a good than great defender now, which is fine – it’s just something to watch going forward.

As seen in the contract status above, Paul George is not going anywhere. The Clippers are paying him around $178M over the next four seasons, a contract that is certainly movable – but for who? Nobody who the Clippers would trade Paul George for is on the block, and unless Kawhi Leonard demands George be traded, it’s nearly impossible to see him being anywhere else, at least for the next couple of years. Therefore, the Clippers will have PG for the rest of his prime, and will need him to live up to his performance this year. If he can bring it at this level in future postseasons, and Kawhi Leonard is healthier in those runs, the Clippers should be able to make continued deep playoff runs… and maybe even win their first championship.