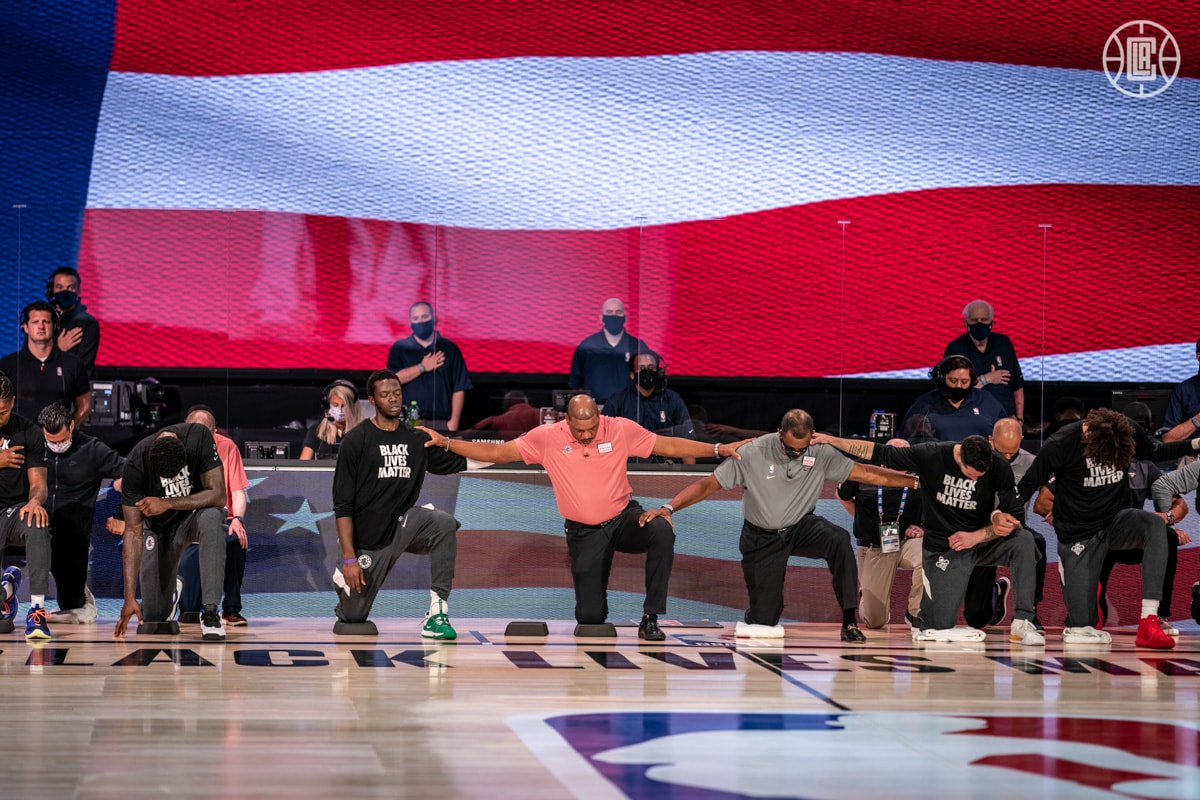 Being Black in America

On August 23rd, yet another unarmed black man fell victim to police violence. According to reports, Jacob Blake was shot seven times in his back by armed forces, leaving him paralyzed from the waist down, another victim of being black in America. In the following days, the NBA and WNBA players boycotted their scheduled games, putting a temporary hold on their seasons as a demonstration of frustration with the United States’ continued injustices towards black people.

It is important to understand why these players threatened to not play. Breonna Taylor was killed in the privacy of her own home, and the police who murdered her STILL have not been arrested or charged. Ahmaud Arbery was beaten, shot, then killed while out for a jog around his neighborhood; despite video evidence, it took 74 days for his murderers to be arrested. The players of these majority-black leagues are frustrated, sad, and exhausted. They are tired of seeing videos of their brothers and sisters being murdered on the news and on their timelines. So they’ve decided to take a stand against it. Their message is clear: EQUALITY; a demand that resonates with myself, and with every black person in America.

If you’re familiar with some of my work on this site, you may recall that I play basketball professionally overseas, and that I have for the past three seasons. As you might expect, it is much different than living in the United States. Seeing a 6’8” black man walking up and down the streets, making his way in and out of grocery stores, isn’t a common occurrence to most Europeans. Yeah, I’ve gotten my fair share of stares and finger points, but I assume that these natives probably haven’t had many experiences of black people outside of what they see on their televisions, so I tend to consider these things more as curiosities than anything else. However, even with those reality checks, I’ve never had any problems. I’ve never feared for my well-being. I’ve never felt like a target. In all honesty, I fear for my life in America, my native home, much more than I fear for my life living in another country. That is a serious issue.

Throughout my 26 years of living, I have been no stranger to attention. I’m extremely tall and not that hard to miss. I’ve always stood out from the rest of my peers, but while my height has always made me very visible, and at times uncomfortable, it has never been problematic towards anyone else. The color of my skin has, though. For some reason, people have associated the color of my skin with their biased opinions of black people as a whole. They assume I’m poor, uneducated, violent, and that I am, in all ways, less than. But in reality, we’re equals; despite what they may think. We live in the same cities, go to the same schools, pay the same taxes. All we want is to be treated the same as everyone else. We don’t want to be racially profiled and pulled over when driving nice cars that we have worked hard for. We don’t want to be followed around stores as if we are planning on shoplifting. We don’t want to fear death during every encounter with the police. We just want peace and justice.

The NBA and WNBA both restarted and began their seasons amidst some of the most troubling times in recent memory. With police brutality and the protests against it in the national spotlight, the players vowed to use their platforms to influence change; and they have. Representatives of both leagues have worn apparel with printed-on statements such as “Equality” and “All Lives Can’t Matter Until Black Lives Matter.” Doc Rivers delivered an extremely memorable, heart-felt post-game press conference as he spoke emotionally about the Jacob Blake shooting, mentioning how, “We (black people) keep loving this country and this country doesn’t love us back.” And players continue to give back to black communities. Donovan Mitchell took to Twitter to announce that he would be donating $45,000 of proceeds from his signature shoe to support the education of Jacob Blake’s children.

These men and women continue to set the standard on how to use their platforms to bring change. As a black man, it’s so refreshing to see, and I’m very appreciative of steps that the NBA and WNBA representatives are taking in order to bring attention to these important issues that are plaguing this country. Being black in America is a challenge, and these professional athletes are doing their best to make it less so.