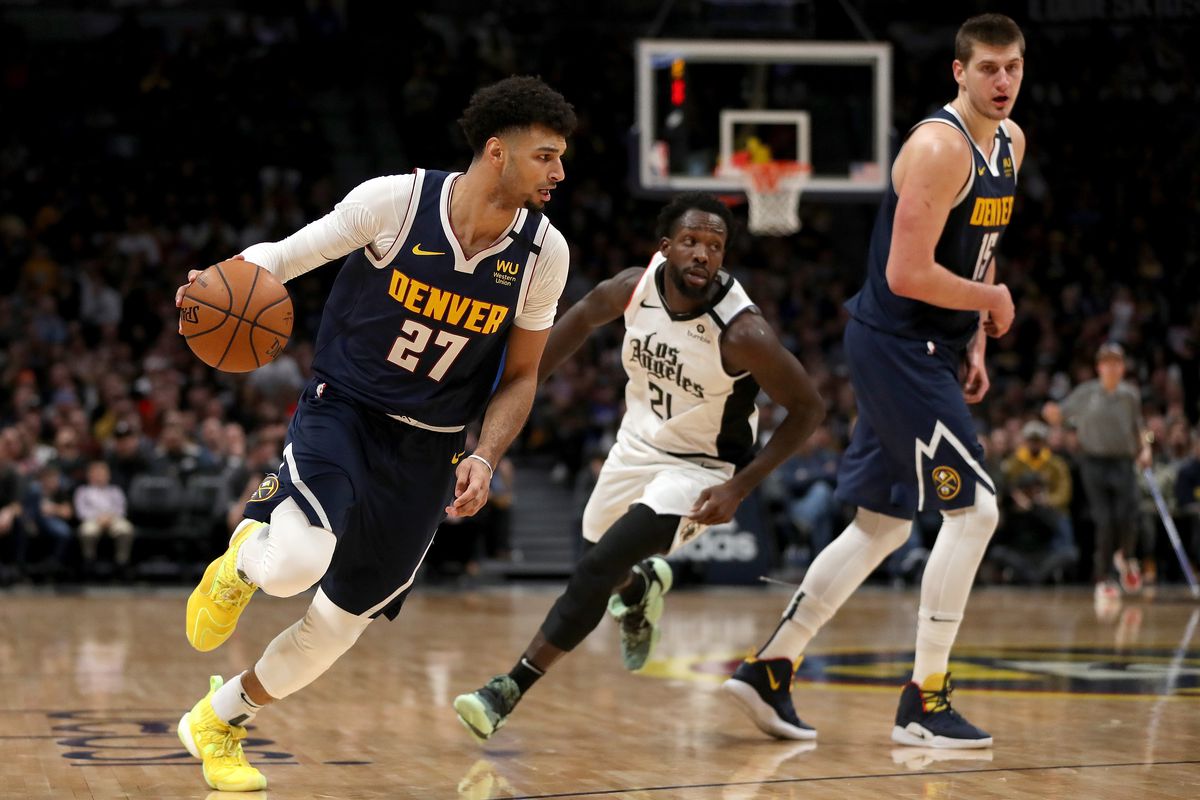 The Clippers have advanced past the Dallas Mavericks, and now wait for their second-round series to begin after Nuggets – Jazz game 7 on Tuesday night.

After a unique and historic work stoppage by NBA players last week led to the league postponing and rescheduling games, we’ve gone a while without an edition of Rooting Interests, so let’s take a look at how series are going around the league, particularly Tuesday’s game 7 between the Nuggets and Jazz, the winner of which will move on to play the Clippers in the second round beginning Thursday night.

I put down the Jazz to start the series, so I’ll stick with it, but I honestly don’t know what Clippers fans should be rooting for here. The best outcome was a 7-game series, ensuring that LA will enter the second round with a rest advantage. In terms of who we want to win game 7, it’s a coin flip. The best argument for wanting the Jazz might be that the two are deadlocked, and Utah looks like they’re pretty close to playing at their best while the Nuggets could still get quite a bit better than they’ve been in the first round. The best reason for wanting the Nuggets is probably that they’re yet to figure things out at this late stage, while Utah is firing on all cylinders.

The Jazz provide a more organized unit, with Quin Snyder playing a pretty tight rotation that has pretty much shrunk to 7 guys, his starting unit of Donovan Mitchell, Mike Conley, Joe Ingles, Royce O’Neale, Rudy Gobert, and two bench players: Jordan Clarkson at guard and Georges Niang at forward. Their lack of depth means the Clippers will be able to find match-ups to exploit, but their shortened rotation has led to a more cohesive offense and marksman-like three-point shooting: 17 makes per game this series on 44.9% efficiency.

It’s hard to know how much of that is Utah stepping up their games vs Denver’s abysmal defense. Without Will Barton and Gary Harris (until Harris’ return in limited minutes in game 6), Denver’s perimeter defense has been horrendous. The Nuggets, as a whole, have not looked very put-together during this series, but have kept afloat due to red-hot shooting of their own and the legendary heroics of Jamal Murray, who has scored 142 points in the last three games.

Whichever team wins game 7, the Clippers will be facing a deeply-flawed second-round opponent who is coming off of an emotional series win due to red-hot shooting and historically-great guard play (in addition to Murray, Donovan Mitchell had 57 points in game 1, 51 in game 4, and 44 in game 6). If LA is focused and at their best, either should make for a 5-game precursor to the much anticipated main event: a potential Western Conference Finals meeting with the Los Angeles Lakers.

Make sure you stay tuned, because on Wednesday we’ll get started on previewing the second round, including a special episode of The Lob, The Jam, The Podcast and in-depth series preview article from me.

Houston should have won this series in fewer than 7 games, and their continued execution struggles leaves some serious doubt regarding whether they’ll actually be able to give the Lakers a challenge if they end up advancing to the second round. Russell Westbrook had an abysmal game 6, repeatedly throwing the ball out of bounds on horrific pass attempts and airmailing a late pull-up jumper. They need more from him, and Eric Gordon, but they also need James Harden to be more involved in the offense down the stretch.

It’s been an impressive and gutsy performance by the Thunder, who, led by Chris Paul, have managed to get to a 7th game despite having only 7 NBA-caliber rotation players on the roster, and only 4 of them who can shoot. OKC looks set for a prospective steamrolling at the hands of the Lakers, so let’s hope Houston pulls it out in game 7.

This could be a significant series for the Clippers, since if the Miami Heat pull off an upset against the top-seeded Milwaukee Bucks, the winner of this series will be favored over the Heat in the Eastern Conference Finals. I am probably a bit more fearful of the Raptors’ team defense smothering the Clippers’ sometimes-clunky offense, but it’s hard to make a verdict on which of these teams would make for the tougher prospective Finals opponent. Frankly, this choice is mostly based on wanting to avoid the narrative of Kawhi facing his former team in the Finals just one year after winning the championship and then walking away.

Credit to the Celtics for a dominant game 1, but I’m not going to overreact to a horrible Raptors shooting night that’s not likely to be repeated. This should be a really competitive series, but Toronto won’t shoot 36.9% from the field and 25% from deep all series. Let’s see how game 2 goes.

I don’t mean to disrespect the Miami Heat, who have been playing quite well and who I like quite a bit, but if the Milwaukee Bucks get knocked out of the NBA Playoffs before finding their form, it will boost the chances of every other contender.

The Bucks treated the regular season bubble games like exhibition games. Then they treated the first round against the Orlando Magic like exhibition games. I predicted that if Milwaukee didn’t get blitzed by a hot-shooting Orlando performance in game 5, they’d lose game 1 against Miami. Put simply, the Heat have been playing hard for weeks, and are probably operating at their peak right now. The Bucks haven’t even started ramping up yet.

Milwaukee’s season is far from over–the Heat had to battle to win game 1, and finding three more victories against a superior Bucks squad won’t be easy–but Mike Budenholzer is going to have to figure out a playoff rotation on the fly after still treating much of game 1 casually.

Some notes on completed first-round series whose resolutions we didn’t touch on:

Luka’s seemingly-serious injury didn’t end up impacting his play as much as a I anticipated, ultimately resulting in a lot of adjustments to my series prediction. It wasn’t dominant from start to finish, but the Clips left little question as to who the better team was in games 5 and 6. Check out my five takeaways from the series.

Milwaukee shouldn’t have had any trouble with Orlando, but they didn’t do much imposing their will in this series. If the Bucks do go on to get eliminated by the Heat, their casual play in the first round might have been foreshadowing.

While we were rooting for the Blazers throughout the bubble, we never really expected them to beat the Lakers in a series–just to be the most likely potential 8-seed to steal a game and make the top seed sweat. After they stole game 1, I hoped that there would be another explosive Damian Lillard performance in the cards to push this series to 6, but Lillard ended up accumulating injuries and not finishing the series.

It’s unfortunate that the Blazers’ bubble run ended on the low note of injuries, but somehow they ended up with a lot to be proud of in what might have otherwise been a supremely disappointing season. The Lakers, for their part, flexed their muscle at times in this series but overall looked fairly vulnerable.