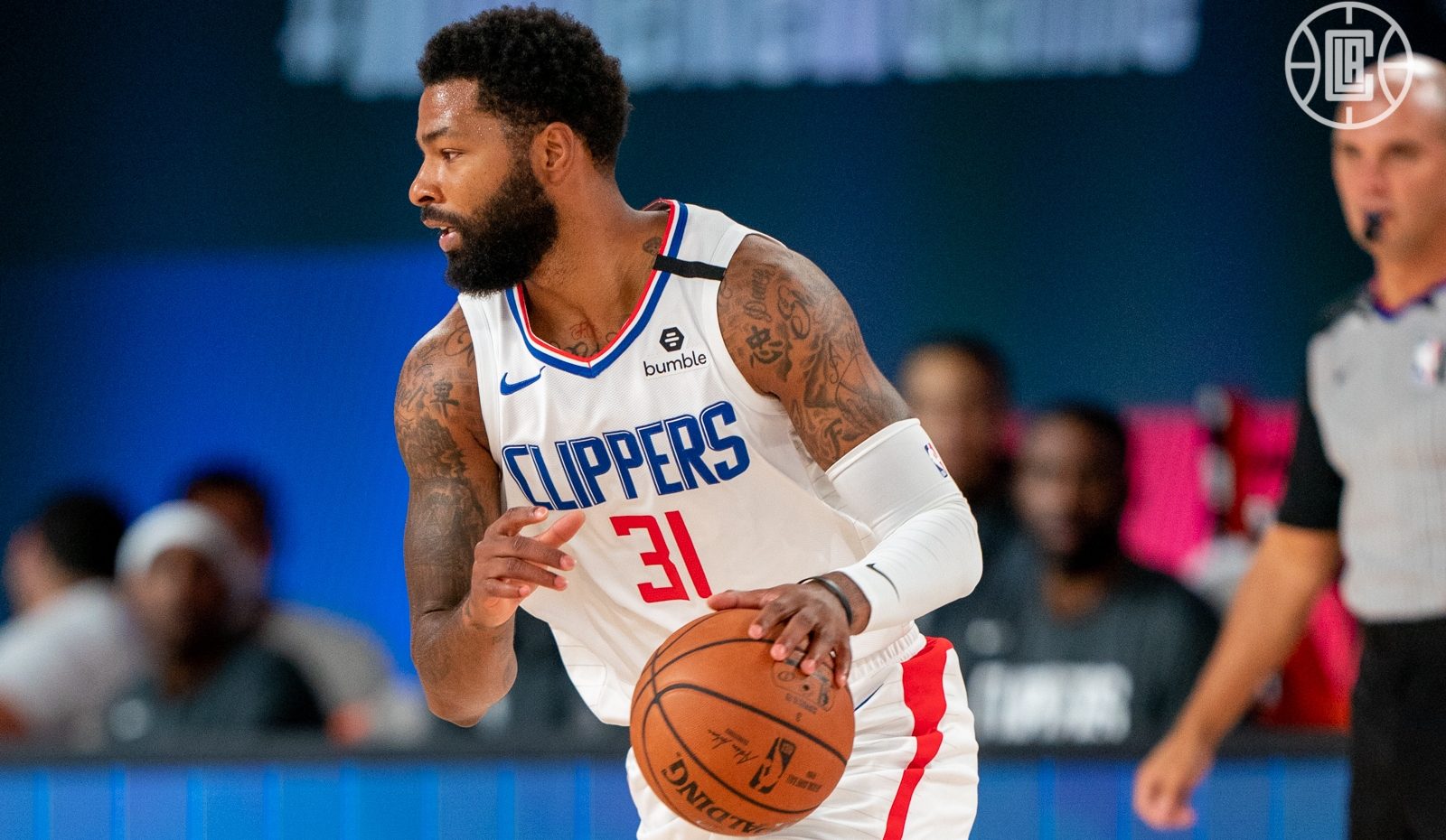 The Los Angeles Clippers made many changes during the offseason in an attempt to right their wrongs from the 2019-2020 season. By now you know of the changes: Ty Lue was promoted from assistant to head coach, Luke Kennard was brought in via trade, and Serge Ibaka was signed to essentially replace Montrezl Harrell, who crossed the hallway to join the Los Angeles Lakers. A reshaping and reconstruction of the team was meant to deliver a new beginning, but a knee injury to Marcus Morris has put a hold on those new plans getting all the way off the ground. Here’s what we know about the injury, and what implications it could have on the Clippers as they begin their season.

There isn’t much known about Marcus Morris’ injury other than what the team has made public — knee soreness that has thus far kept him out of the three preseason games and the opening night game against the Lakers. There’s some room for optimism, as head coach Ty Lue has informed the media that Morris has been practicing with the team. Video has even surfaced of Morris going through an on-court shooting workout prior to the team’s preseason game vs. the Utah Jazz, suggesting that the knee injury won’t be something of major concern for the newly inked $64 million man. However, the pessimistic Clippers fan in me (all of us, probably) takes me back to the 2018-2019 season, when Luc Mbah a Moute had a season-long knee soreness that relegated him to only four total games. But as things currently stand, we don’t have a lot of details and we’ll have to wait and see what happens in the coming days.

It was well documented just how out of sync last season’s team was with one another. The Clippers were only able to put together a small percentage of games with a fully healthy roster, and an even smaller percentage of practices with all players available. A culmination of injuries (both pre-season and in-season), trade-deadline acquisitions, and free agent signings left the Clippers with poor continuity and little team chemistry on the court. While leading scorers Kawhi Leonard and Paul George dealt with managing injuries throughout that season, their roles on the court were established from the moment they became Clippers. The same cannot be said for Morris, whose comfortability and fit was never fully executed — as shown by his shooting splits compared to his New York tenure. A condensed 2020-style offseason provided him and the rest of the guys an opportunity to step into training camp having healthy bodies, with the focus being on ironing out the wrinkles and establishing an understanding of their roles under a new coaching staff. So, having important players miss the first bits of the season isn’t exactly playing into the team’s new gameplan, but it’s the hand they’ve been dealt, and they’ll have to adjust to these kinds of situations better than they did last season.

That being said, the Clippers may be able to use Morris’ setback to their advantage early in this season. “What’s good about Marcus Morris missing time?,” you may ask. The question might sound silly, but his absence could serve as an experimental period for this new squad by evaluating players, schemes, and rotations through trial and error. Here’s how:

Through three preseason games and one regular season game, it seems as though the team chemistry is in a good place. Guys are saying all the right things and seem noticeably happier than they did last season. Marcus Morris’ injury is a legit bummer for this team, and it will be worth monitoring if this iteration of the Clippers can maintain cohesion and chemistry as they deal with these very situations that plagued them last season. However, while there’s some reason for negativity, the ability to give other players opportunities early in the season and experiment with some outside-the-box lineups could be a boon in the long-term.