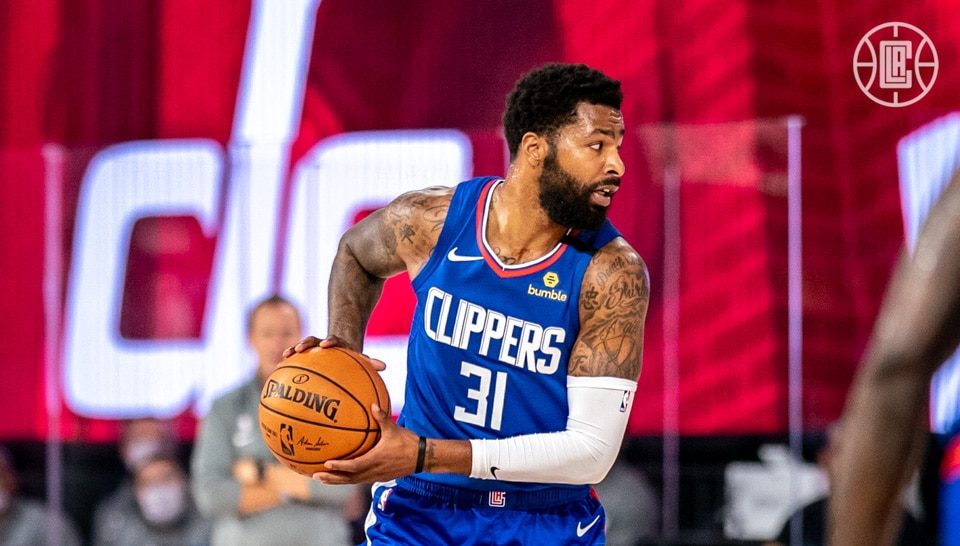 Marcus Morris Out Against Lakers on Opening Night

The Clippers just announced that starting power forward Marcus Morris is out for tomorrow’s opening night game against the Los Angeles Lakers. Morris missed all of preseason with knee soreness, and that is the same injury keeping him out against the Lakers.

New arrival Nicolas Batum started in Morris’ absence in preseason, and it seems highly likely that he starts tomorrow’s game as well. Batum has mostly played small forward and shooting guard in his career, but is a better defender against forwards at this point in his career. A low-usage veteran who can theoretically stretch the floor, make plays for others, and defend multiple positions, Batum is a fine fit with the starting lineup. However, he lacks Morris’ shot creation and scoring, and his shooting dipped significantly last season.

Patrick Patterson will probably back up Batum at power forward, with Mfiondu Kabengele and Daniel Oturu in deep reserve. Before playing those guys, the Clippers could also play Serge Ibaka at forward alongside Ivica Zubac, or bump Kawhi Leonard down a position and play him at the four. Ibaka is really not a power forward at this point in his career, and Kawhi’s minutes there have been limited to reduce wear and tear, but in the short term both are viable enough options.

The greater issue, however, is the long term. Morris has now been out for weeks with a vague “soreness” designation, and while he has been practicing at least a bit, that lack of clarity on his situation is worrying. This Clippers team does not have another starting level power forward on the roster, as they did last year with JaMychal Green, and both Batum and Patterson are major steps down from Morris. If Morris misses a lot of time, the Clippers’ starting unit and bench lineup will be worse, which might result in a shakier start to the season. More worrying, the Clippers will not be able to build up as much chemistry in the starting unit as they might like – lack of reps was a huge issue last season, and it’s one of the big problems that should be remedied this year.

Maybe Morris is only out for a few games. Hopefully so, because while one game against the Lakers doesn’t mean a whole lot, each contest that passes without him damages the Clippers in the now and throughout the length of the season.