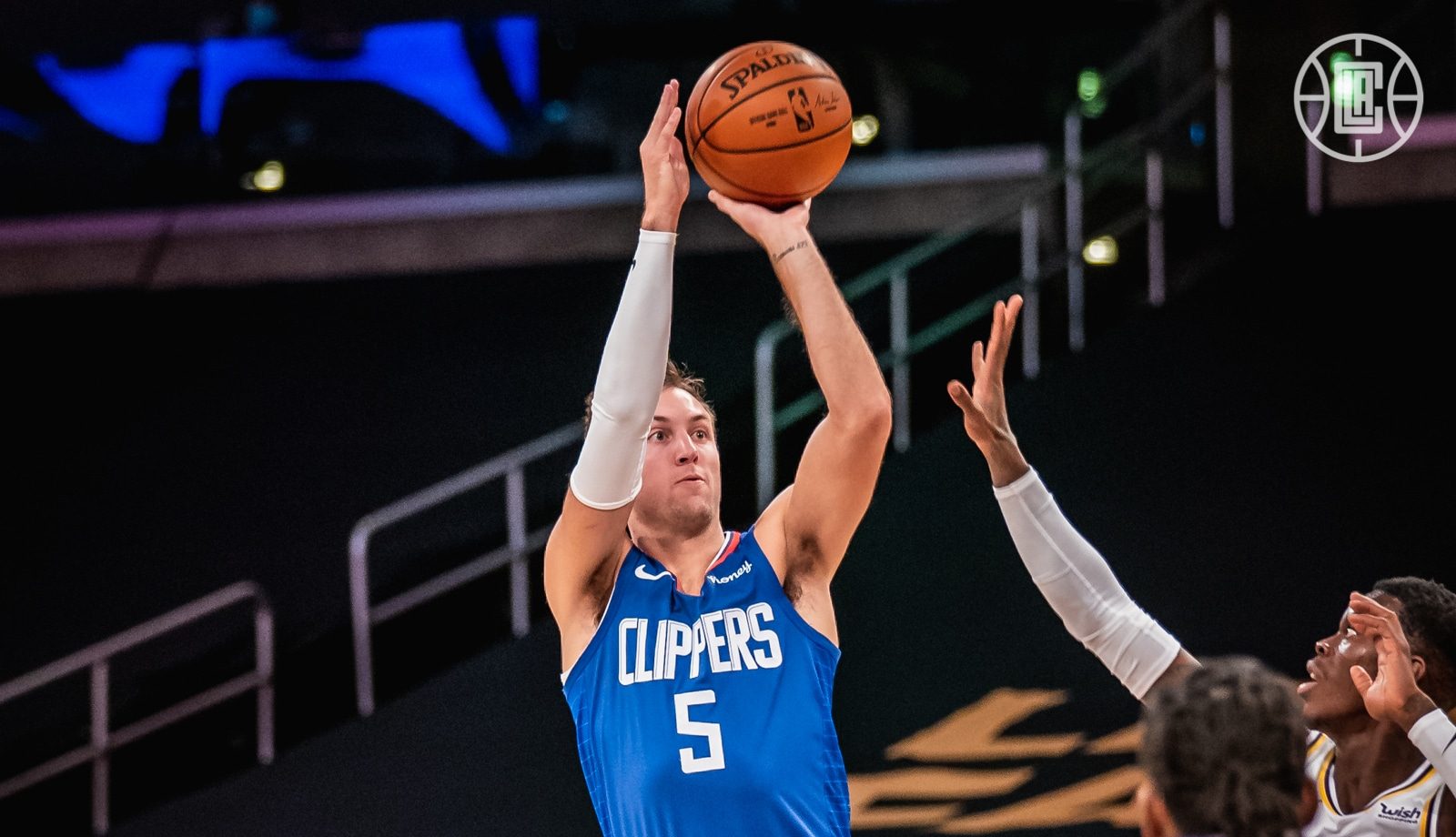 After a little bit of shock factor in the initial 4-year, $64M report, we now know the full scope of Luke Kennard’s contract details, including a team option in the fourth year and roughly $2M in annual incentives.

Before we get started on the details of Luke’s four-year extension, it’s important to remember that it does not apply to this year. He’s still playing on the last year of his rookie contract, making $5.3M. The extension kicks in next season and runs through the 2024-25 campaign. So the incentives we’re talking about will apply in each of the next four years, but not this year.

The big news about Kennard’s extension, coming from HoopsHype’s Michael Scotto, is that he has a team option in the fourth year. That’s a significant reduction of this deal’s downside for LAC if Kennard is unhealthy or underwhelming. Put it this way–3 years, $48M is a lot less scary of a commitment than 4/64, with the bonus points of the team option adding potential value in two ways: first by allowing the Clippers to keep him on a reasonable salary in his last year if he breaks out in the next few seasons, and second by making him what I call a “double expiring” for trade purposes–they can dangle him at the 2024 deadline as an expiring, then pick up his option and have him as a big expiring again in 2025. If they’re able to be a cap room team in the 2024 off-season, this path won’t make much sense, but we’ve seen how big expiring contracts have made otherwise-impossible acquisitions happen for the above-cap Clippers plenty of times in recent years.

What we also learned, courtesy of The Athletic’s John Hollinger, is the breakdown of the $8M in incentives reported to be a part of Kennard’s contract. They break down to roughly $2M a year (not an all-in-one partial guarantee on the third year, as I had speculated) and cover a range of conditions:

The truth is that these tiny incentives don’t really matter much from a Clippers fan perspective–even if the team wins the title, Kennard exceeds his games played quota, and he passes the DRTG test, will only make a marginal impact. Sure, if the Clippers end up in a hard cap situation like they are this season, it might be significant, but because we won’t know until the end of the year whether or not he’s going to be owed these amounts it wouldn’t really help the team navigate the hard cap.

Here’s how performance-based incentives work in the NBA salary cap: “likely” incentives are included in team salary and “unlikely” incentives are excluded (the exception being with hard cap calculations, where as I mentioned above you have to keep money open to plan for the “worst-case” scenario of the player earning all of his incentives). The league makes the likely/unlikely designation based upon whether or not a criteria was met the prior season, so Kennard’s marks this year will determine what his cap hit is for next season. For the games/minutes criteria, that’s 59 games or 1,556 minutes (he’s got 1 and 21 under his belt so far).

Unlikely incentives–the criteria Kennard did not meet the prior season–are excluded from his cap hit when the Clippers calculate their team salary and cap room. So, if he fails to play 59 games or 1,556 minutes this year, but keeps his DRTG below 105, appears in the playoffs, and the Clippers win the title, then the team will have an extra $620,424 under the salary cap next off-season. Their cap room, however, will only matter if Kawhi Leonard leaves in free agency. If he stays, they’ll be well over the cap again.

When it comes to luxury tax calculations, which are calculated at the end of the year (as opposed to the beginning of the year for cap space) what Kennard did in that season will determine whether or not Steve Ballmer has to pay luxury taxes on these incentive amounts. So if Kennard plays 66 games in 2021-22 and makes his $620,424 incentive “likely” for 2022-23, it will count against the Clippers’ cap room during the 2022 off-season. But if he then gets injured during the 22-23 season and doesn’t play 66 games, Ballmer won’t have to pay luxury taxes on that $620k. This is by far the least significant element of this because I don’t really spend much time fretting about billionaires’ checkbooks, but there is a potential scenario where in one of the years on this extension the Clippers are right on the cusp of being over or under the tax line, which could have repeater tax ramifications and influence spending decisions in upcoming years. We’ll cross that bridge when we come to it.

As I mentioned above, if the Clippers choose to navigate the hard cap again in future years, Kennard’s achievements designating his incentives as likely or unlikely are irrelevant for those purposes–they have to keep money open in case he earns them. His incentives do matter for salary-matching in trades, though. His same cap hit for team salary (including likely incentives but excluding unlikely incentives) is more or less his trade salary, so his trade value in a given year will move marginally based upon whether or not he met the games/minutes and DRTG thresholds the year prior.

The incentives based on team success are a tricky wrinkle–they’re likely or unlikely based on each team in the trade’s performances the year prior. So if the Clippers win the title (and Kennard plays in at least the first round), $955,546 of playoff-based incentives for the next year become “likely” in terms of LAC’s team salary. But if they trade him to a team that lost in the second round the year prior, half of that (the $477,273 that accounts for making the conference finals, finals, and winning the title) would become “unlikely” for his new team. The larger amount counts as outgoing salary for the Clippers while the smaller amount counts as incoming salary for the other team. The reverse would be true in a scenario where the Clippers lost in the second round and then traded Kennard to the team that won the title.

All in all, I felt like a straight-up 4/64 deal for Kennard was fine but not great for the Clippers–not just a big, but also long-term investment in a player who missed most of last season with injury and had only performed at his peak in a 28-game sample on a dreadfully bad team. There was clear upside, as Kennard would likely have gotten more than 4/64 as a free agent next summer if his performances this year were anything resembling his 2019-20 rates of 17.3 points, 4.5 assists, and 3.8 rebounds per 36 minutes on 44/40/89 shooting splits. But there was also clear downside, as if he regressed or was injured again this season his market value next summer would have plummeted.

These contract details do a lot of work in bringing a risky, just-ok-value contract back into the positive value column for LAC by substantially mitigating their downside in case Kennard plays poorly or gets hurt. There’s still a chance that this deal looks bad, and the $600k games played incentive likely won’t make Clippers fans feel much better about paying Luke roughly $45M over 3 years to ride the bench if he’s consistently injured, but the team option on the fourth year makes it a better gamble by reducing the losses if it goes poorly and adding value by making him a double expiring as I discussed above. And for what it’s worth, Hollinger doesn’t seem too worried about Kennard’s knees: