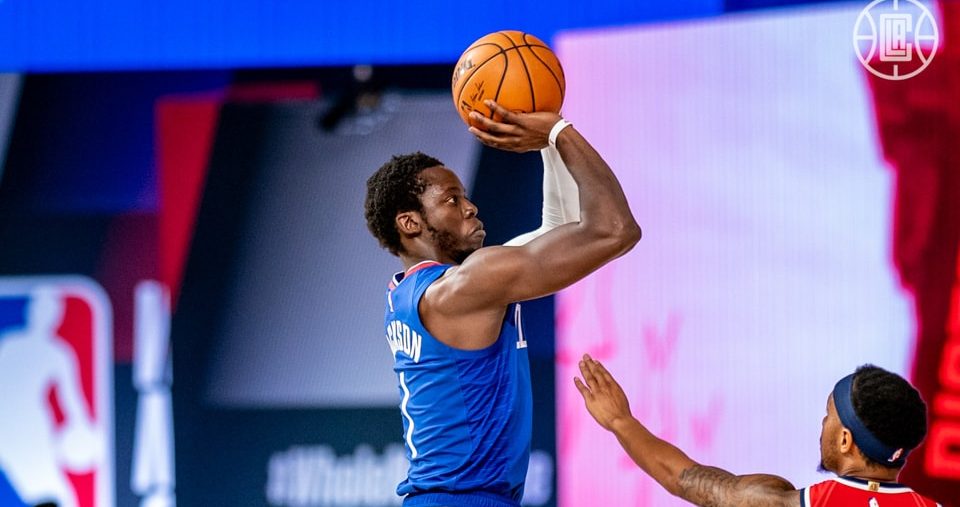 The Clippers Need to Keep Getting Free Throws

As the Clippers gear up to restart their regular season in Orlando, they will be hoping to return to as much normalcy as they can on the court. They were getting into the swing of things before the shutdown, winning six of their last seven regular-season games played. While the scrimmages were not very revealing, hopefully they helped get the team back into the mode of playing after the long layoff. LA had been one of the best teams in the league this season on both sides of the court, boasting top five rankings in both offensive and defensive rating. Therefore, it’s less about actual adjustments on the court for Doc Rivers and his team than it is about making sure everyone is ready to go for the postseason.

That means continuing to do the parts of the game plan that have made you successful thus far. The big checklist of a functioning Clippers offense includes getting Kawhi Leonard and Paul George a lot of touches, giving opportunities to Montrezl Harrell at the rim, and getting Lou Williams going off the bench. However, LA also must make sure they keep doing something else to keep their offense humming: getting to the free-throw line. By doing this, they make sure the game is played at the tempo they want while also keeping defenses on their toes.

The Clippers have been superb when it comes to getting to the charity strip. They are currently averaging 26.2 free throw attempts per game, highest in the NBA this season. When they get to the line, the points usually follow in short order, as LA is 8th in free throw percentage (79.2). It should also come as no surprise that they are currently first in the NBA with an average of 22.8 fouls drawn per game.

The Clippers seem to have found a knack for drawing contact from opponents. Even if the fouls drawn are not in the act of shooting, they force opponents to rack up team fouls, and thereby get the Clippers into the bonus. Nobody wants to give up a chance for their opposition to get free points. Thus, teams in foul trouble generally back off in these situations. They are generally warier of making contact, creating space for the Clippers to operate. This then benefits LA in crunch time when Leonard works in isolation situations. Defenders will be trying not to pick up fouls, creating space that Leonard or even Williams can use to pull up for a jump shot.

When looking at why the Clippers draw so many free throws, four key guys are recognized as primary contributors. The Clippers currently have three guys in the top 30 of free throw attempts per game, and four within the top 50. Leonard leads the way with an average of 6.9 per game, followed by Harrell (5.6), Williams (5.4), and George (4.5). LA also has the luxury of boasting three players who are nearly automatic from the free-throw line, as Leonard, George, and Williams all shot better than 85 percent from there. Marcus Morris isn’t a poor shooter either at his rate of 81, though he doesn’t draw them quite as frequently. It’s a positive sign to see three of their top scorers be so adept at not just drawing fouls, but making it count when chances for free points arise. Taking advantage of the opportunities presented to them no matter what they are is a characteristic of a good team.

With teams still adjusting to life and playing in the bubble, it’s expected for teams to be rusty. Even after the scrimmage games, it will take some time for players to re-acclimate. Defensive rotations won’t be as crisp, and lapses which usually aren’t there during this point of the season will suddenly appear. These are the opportunities that the Clippers have to attack. In a Western conference filled with contenders, points are not going to come easy, even for a good offensive team like LA. In the playoffs, every possession is under a microscope, and one cold stretch during a game could result in a loss. A helpful remedy for these turning point moments would be the Clippers drawing free throws and cashing in those free opportunities.

Getting to the line also serves another purpose in helping keep the offense chugging along when things are already clicking. The Clippers have shown so far this season that they are great at generating these chances and converting them. Now it’s just a matter of them continuing to be aggressive on the offensive end and forcing opponents to either back-off or take the foul. Continuing to get to the free-throw line has to be a priority as the game start to matter again.