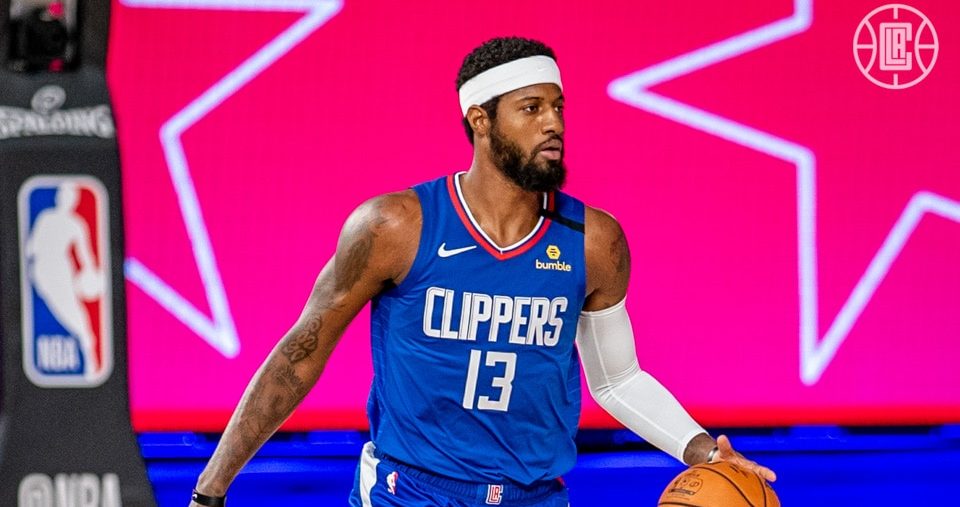 Poor shooting and abundant absences caused the LA Clippers to lose their final scrimmage to the Sacramento Kings 106-102. The Clippers’ bench lost most of the team’s 20-point second half lead as the Kings came back to win in each team’s final exhibition contest before seeding games begin Thursday.

It was a tale of two units for the Clippers tonight, with the mostly-intact starters comfortably outpacing Sacramento while the makeshift second unit stumbled offensively. The Clippers’ bench unit, playing without their four best shot creators (Reggie Jackson, who is currently starting in place of the absent Patrick Beverley, and Lou Williams, Landry Shamet, and Montrezl Harrell), excelled in Saturday’s victory against the Washington Wizards. But Clippers fans were sorely reminded of the emergency depth’s flaws during rough stretches Monday afternoon.

For the first unit, normal starter at center Ivica Zubac made his Orlando bubble debut after testing positive for coronavirus in June, totaling 2 points, 6 rebounds, and 4 fouls in just 13 first-half minutes. While Zu’s rebounding and screen-setting made an immediate and obvious impact, he still has a ways to go before he is fully conditioned and sharp for regular-season play–and the competition for center minutes is only growing more fierce.

Zubac was flanked by Jackson at point guard and the Clippers’ trio of wings, Paul George, Kawhi Leonard, and Marcus Morris. George continued his stellar scrimmage shooting, registering 19 points and hitting 4 of his 7 three-point attempts, while Morris had a quietly efficient 18 points on 6-10 from the field. For Leonard, the reigning NBA Finals MVP, bubble struggles continued, as he shot just 6-22 from the field and 3-13 from beyond the arc. However, Kawhi seemed to play with a little extra urgency in his third-quarter minutes, and as he returns to playing at full speed in games that count, I expect his shooting will improve as well.

It was that Clippers group, led by the shooting of George and Morris, which jumped out to a 20-point third quarter lead. Unfortunately, as the Sacramento offense grew more potent in the second half (the Kings scored 63 second-half points compared to just 43 first-half points), the third-string guards of the Clippers were unable to produce enough offense to keep up.

While rookie guard Terance Mann had a nice game, showing some decisiveness going to the rim and finishing with 12 points and 6 rebounds, he had 0 assists in 19 minutes at the point guard position. The players around him struggled significantly: Amir Coffey, Rodney McGruder, Patrick Patterson, and JaMychal Green combined to shoot a putrid 5-29 from the field and 2-17 from beyond the three-point arc.

After the Kings claimed a 4-point lead in the closing minutes of the game, the Clippers competed down the stretch (and even briefly re-took a 1-point lead), but fell short after a back-breaking three from Nemanja Bjelica with 26 seconds remaining gave the Kings a 2-point lead and Amir Coffey’s subsequent equalizer fell short, causing the Clippers to lose their final scrimmage to the Kings.

The loss won’t weigh heavily on the Clippers, though (clearly winning this game was not a priority, as the team’s starters remained on the bench throughout the fourth quarter). They’ll instead look ahead to Thursday night’s opening game against the Los Angeles Lakers, where not only will the games start to count, but important players like Patrick Beverley, Landry Shamet, and Montrezl Harrell will hopefully make their returns.