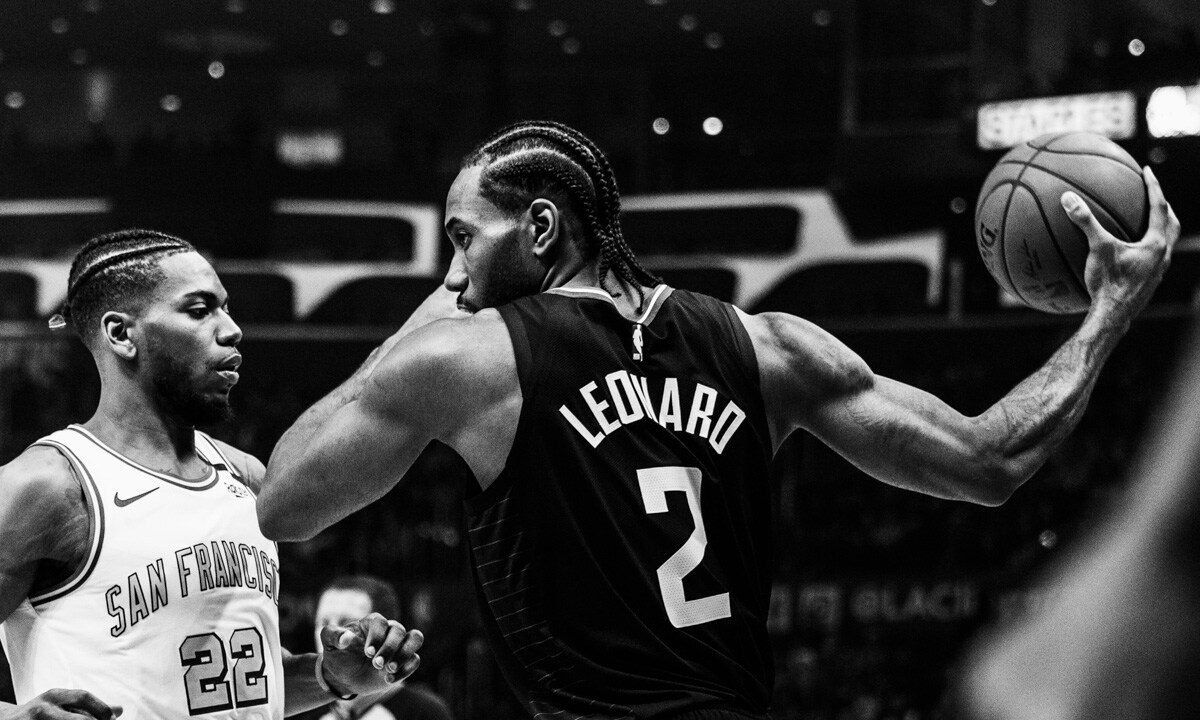 After a busy opening weekend of free agency, there aren’t many remaining NBA free agents for the Clippers to look at as they round out their roster following the bombshell signing of Serge Ibaka. For a team that desperately needed to upgrade their weakest rotation spot at backup center, Ibaka is not just an average player who is solid enough to not single-handedly tank them in a playoff series–he’s a dream fit for this roster.

While the Clippers’ front office is rightfully happy to have Serge on board, their work isn’t done. As it stands, the team has 12 players penciled in for roster spots next season, and approximately $5,237,773 to spend under the hard cap (we don’t know the exact salaries for Ibaka or Marcus Morris yet, but my projections are well-informed). Here’s what their depth chart looks like:

A few notes on some debatable points in the above depth chart:

It’s pretty clear, looking at that depth chart, where the weaknesses are in the Clippers’ depth. They obviously need a second-string small forward to complete their 10-man rotation. Patrick Patterson is the weakest second-string player; a power forward option who is more a bit quicker and more defensive-minded would be nice. They need a depth wing for injuries and load management (Mann and Coffey are factors here but you’d like another body). The team doesn’t have a real second point guard behind Patrick Beverley–who starts when he inevitably misses time? With two unproven prospects at center, there isn’t a good option to soak up minutes if Zubac or Ibaka miss games or get in foul trouble.

Let me give the short answers to each of these problems. They need to sign a backup small forward. Ideally, that guy can play both forward positions to reduce your reliance on Patterson. You need, at least, another depth wing or a depth point guard–take the best player who is the best fit and let the multi-positioned players already on the roster shift around as needed. At center, either Kabengele or Oturu is going to need to be at least replacement-level. Using another roster spot there would be an indictment of the front office that not only drafted those players, but in each case traded future assets in negative-value deals to acquire the picks they used on them.

The Clippers have a number of ways to acquire guys to fill those holes, and three roster spots with which to attempt to do so (they must add at least 2 players to reach the minimum roster requirement of 14, adding a 15th is optional). They still have their bi-annual exception, capable of giving out a one- or two-year contract worth $3.6M this year and an optional $3.8M next year. The veteran’s minimum can be given to any player, costing the team $1.6M (the players get paid slightly more based on their years of experience, but the cap hit is $1.6M regardless). They can add guys via sign-and-trade, either using their expendable non-guaranteed deals or a trade exception (the team has three, worth $3.6M, 2.1M, and 1.4M). Reggie Jackson can be re-signed to an above-minimum deal up to $2.9M using his free agent rights.

The tricky part, though, is that the Clippers can only spend the aforementioned $5.2M below the hard cap. There’s no crossing that line, at any point, under any circumstances, until free agency opens next off-season. Not only is it a limit on their spending as they fill out the roster this week, but they can’t do any trade deadline move or buyout season addition that takes their total team salary for the year above that line. That means that moves made this week also have account for the doors that they could close later on. The team could sign two players, one with the bi-annual exception and one with the minimum, and have a solid 14-man roster that is essentially at the hard cap, but they wouldn’t even have enough flexibility to sign a guy to a ten-day contract as temporary injury relief down the line. Money can always be saved later via trade–when you trade someone, their entire season salary is removed from team salary, like when the Clippers dumped Derrick Walton Jr.’s $1.5M contract to the Atlanta Hawks at the deadline last year. But such a move will always cost something, at least cash and sometimes a second-round pick, as happened with the Lakers moving JaVale McGee to create hard cap space this weekend.

So, as we consider targets for the Clippers to round out their roster, they might be a little more cautious than simply saying “get the best player available using the most money we can offer.” Minimum deals will be easier to dump in a trade if needed than a bi-annual deal. Non-guaranteed contracts don’t even need to be traded–the team can simply cut a guy mid-season and only owe him for the games he’s played (through February 27th, when all deals become guaranteed for the remainder of the year), freeing up money to sign rest-of-season deals. That means that not only could the Clippers potentially forego using their bi-annual exception to add an above-minimum free agent, but they might be unwilling to offer guaranteed contracts as they round out their roster. That would explain the team’s inactivity since adding Ibaka–with other teams offering guaranteed minimum deal, LAC could be waiting to see who slips through the cracks and is willing to take a non-guaranteed deal.

We’re getting close to “slipped through the cracks” territory. Normally this is the second week of free agency, but free agency is only one week this year and many teams are done handing out guaranteed money–20 of the league’s 30 teams have 14 or more guaranteed contracts on their books already. Yes, more players will get guaranteed contracts, but many of them will be guys who don’t overlap with the pool of available free agents LAC will be looking at–guys like Brandon Ingram and Dario Saric, who are unsigned restricted free agents that will negotiate new deals with their previous teams. Let’s look at the options:

That is to say, guys who are realistically available and fit a need.