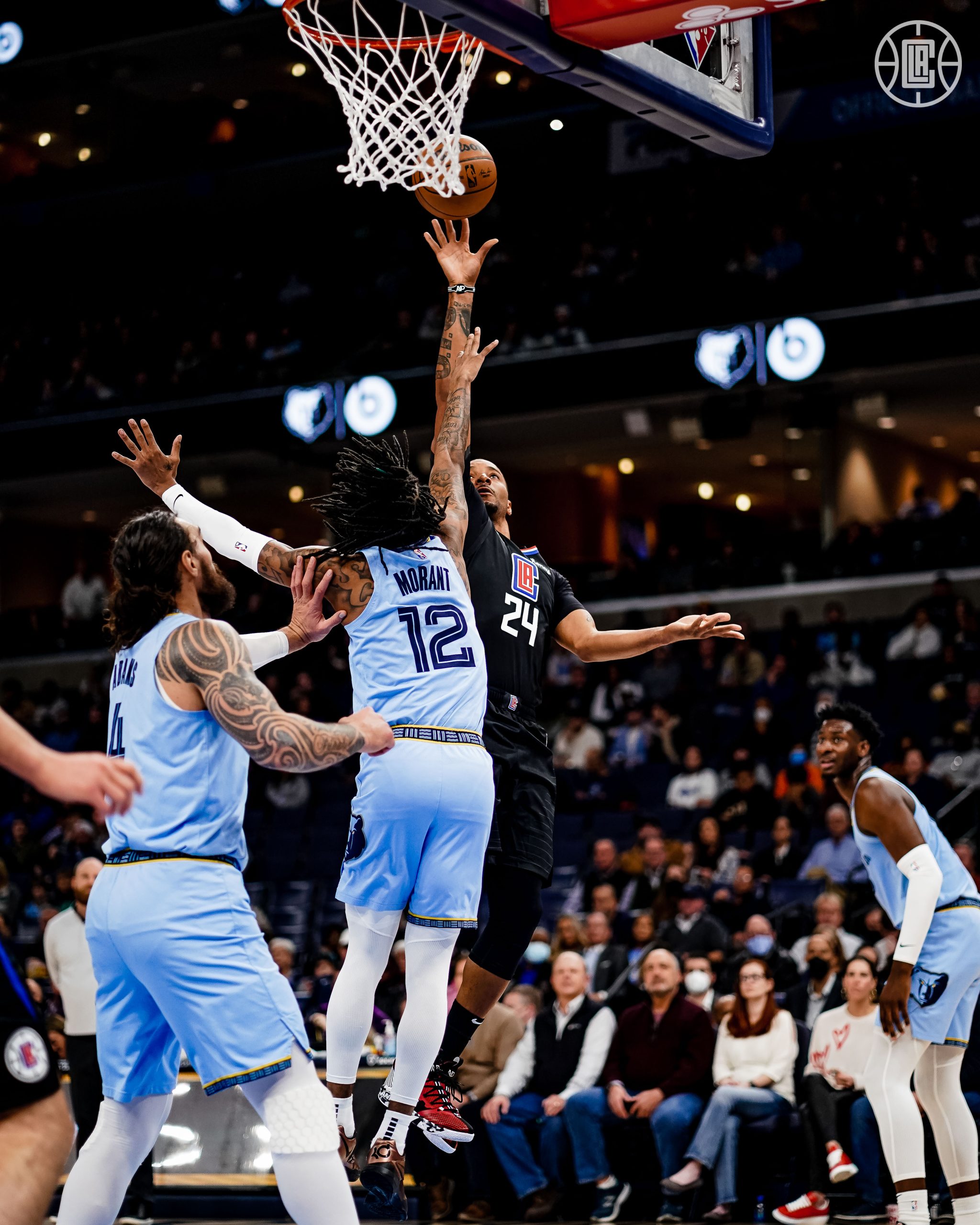 When the Los Angeles Clippers traded for Norman Powell this past February, they knew they were getting a dynamic offensive player who could also keep his matchup in check on the defensive end. The move was just as much about last season as it was about this upcoming one.

The prevailing thought was that Powell would fit in seamlessly alongside Kawhi Leonard and Paul George while in the meantime providing some much-needed scoring relief as the two stars continued to rehab from injury. Unfortunately for Powell and the Clippers, he suffered a left foot injury after only three games with the team that caused him to miss almost two months.

He ultimately returned to the lineup for the final couple of games of the regular season as well as the Clippers’ two play-in games against the Minnesota Timberwolves and the New Orleans Pelicans. Although Powell only played a total of seven games for the Clippers last season, he liked the fit and believes that he still has a lot of game left to show.

“It’s kind of a tough hill to climb on, only playing for three games and then coming back for the playoffs, it’s tough. I really didn’t get a full chance to show what I bring to the table, just a little bit of a spark there,” Powell told 213 Hoops. “I think I fit into this team real well. My game is versatile, it doesn’t matter what role you put me in. Some nights I’ll be the guy to go score. . .put me in there and I’ll be your go-to guy, your 3&D guy, a guy you need to attack the rim and create something off the dribble, my game fits really well when they need a bucket outside of PG and Kawhi.”

In the small sample size from last season, Powell gave a glimpse of the type of player the Clippers envisioned when they traded for him. A former second-round pick of the Toronto Raptors, Powell initially began his NBA career as a 3&D player. He’s steadily improved his game each year to the point where teams can put the ball in his hands and trust him to make plays.

In his final full year with the Raptors during the 2019-20 season, it was the first season in his career that he averaged double-figures in scoring to the tune of 16 points per game. Since then, he’s upped his scoring average in each consecutive season. He was traded the following year from the Raptors to the Portland Trail Blazers and he immediately became a key cog in the Blazers’ offense. He put up 17 points per game during the 2020-21 season in 27 games and during the first half of the 2021-22 season he gave Portland 18.7 points.

With the Clippers, his scoring jumped to a career-high 20 points per game. Part of that was out of necessity due to the Clippers in desperate need of consistent scoring options. But part of that was also a testament to the work Powell has put into his game and the expectations he has for himself.

“My own expectation is to go in there and help the team win in any way possible, I don’t really set goals, each season is so different. I know that I work on improving my weaknesses and go out there and put them on full display in the confines of the team and what they need to win,” Powell said. “The individual stuff will take care of itself. I want to be an All-Star, that’s one thing I do want to be. I go out there and prove that I am one and help this team win. We win and everybody will be able to eat.”

When Powell first arrived in Los Angeles, the Clippers had already formed an identity as a tough, gritty, hard-nosed team that believed they were still in any game no matter what the score may be or how many points they trailed by. To them, the game wasn’t over until it was over. That identity had begun to form in the 2021 season following the disastrous ending to the bubble.

That identity took shape, even more, this season with both Leonard and George on the sidelines. Without their two leading scorers and All-Stars, the Clippers emerged as a scrappy bunch that clawed and scraped their way across the finish line. They had several improbable come-from-behind victories this season, none more impressive than overcoming a 35-point deficit on the road in Washington, trailing by six with 11 seconds remaining, and still finding a way to win the game.

Powell immediately noticed that about this team and it was one of the main reasons why he was so excited to join them.

“This team just plays hard and plays the right way. Ty Lue and his staff got everybody in line and they’re focused on one goal and that’s why they’ve been able to hang around,” Powell said. “Most teams throw in the towel when they get down 20, but they kept fighting, kept believing in one another, kept believing in what Ty Lue was telling them and fought. They continue to grind it out and were able to come back in a lot of games, I think they set the record for most comeback wins in a single NBA season. It’s a testament to the team and they guys and what they’re building.”

As the 2022-23 NBA season inches closer with training camps set to open at the end of September, a healthy Clippers team figures to be one of the favorites to contend for a championship with Powell playing a major role in that endeavor. Powell’s presence on the team is part of what gives the Clippers unrivaled versatility and interchangeability across the board.

This team can play a lot of different styles. They can go big and more traditional with Ivica Zubac as the low post scoring option. They can go small and space the floor with either Nicolas Batum or Marcus Morris Sr. playing some small ball center. They can trot out super defensive lineups with Powell, Leonard, George, Batum, and Robert Covington all in the mix. They can put a bunch of long-range snipers on the floor with Luke Kennard leading the way.

That versatility and depth are some of the main reasons why Powell believes that the Clippers have such a high ceiling once the regular season gets underway.

“There’s so many different lineups we can throw out there offensively and defensively. Small ball, guys who can shoot, shooting lineups, defensive lineups, run and go defensive lineups, there’s just so many different things the coaches can do, it just depends on how they want to fit it,” Powell said. “We got nine, ten guys that can be starters on other teams and to have them all on one team is really big especially throughout the course of the season. We showed last year that with injuries and things, guys can step up and play big minutes, but if everybody is healthy, it’s a real good shot to have a championship.”