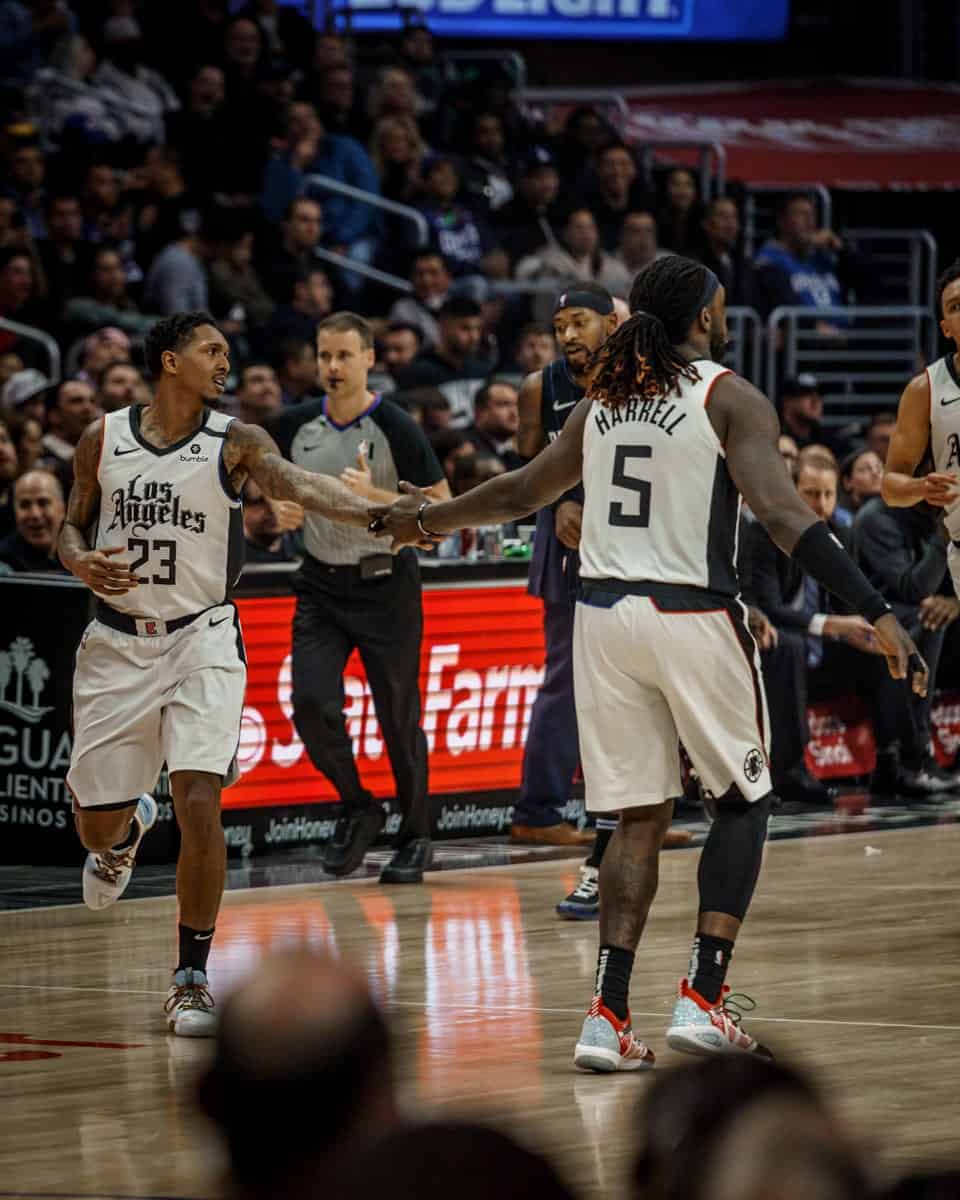 The NBA regular season resumed last night, which means its time to start thinking about the stretch run of the season in earnest. The Clippers will not play until tomorrow afternoon, a fortunate occurrence for a team that is nursing injuries to two key players. Every day that Paul George and Patrick Beverley are able to heal up and rest is a blessing for the Clips, who need both starters at 100% if they’re to make a run at a championship. However, if both those guys continue to miss games, the Clippers’ postseason positioning could be damaged. Here’s a brief look at the standings at the top of the West right now, along with strength of remaining schedule (SOS) and home and away games remaining.

The Clippers are six losses behind the Lakers, who are healthy, and have a home-heavy schedule the rest of the way. It is highly unlikely they catch the Lakers barring an injury to Anthony Davis or LeBron James, especially with George and Beverley still on the shelf and Kawhi Leonard load managing games. However, catching the Lakers doesn’t matter all that much – the Lakers would have homecourt advantage in any series against the Clippers regardless of seeding, so placing ahead of them in the standings wouldn’t matter in a head-to-head series. Now, facing whoever is in the 8th seed instead of one of the top seven teams (who are all clearly far ahead of the rest of the pack) would be a boon, but it’s not as important for a Clippers team that prides itself on being a championship contender.

The Clippers could, on the other hand, catch the Nuggets. Denver is just a half game ahead of LAC at the moment, and have a slightly tougher schedule the rest of the way. If Beverley comes back soon, and George doesn’t miss *too* much more time, the Clippers could absolutely make a run at the 2 seed. The issue, of course, is that the teams behind them won’t be idle either. The Jazz are just a stone’s throw away from the Clippers and have frequently made runs down the stretch in recent years, while the Rockets have been surging lately behind their reshaped roster and increased focus on small-ball. The Clippers have a bit more breathing room over Dallas and Oklahoma City, but a top-five seed is far less comfortable than a top-two or even top-three placement would be.

That’s because, of course, the Jazz and Rockets are more threatening than the Mavs or Thunder by a considerable margin. All credit to both those teams, who are very good and having extremely entertaining seasons, but neither matches up well with the Clips. The Clippers have beaten the Mavs several times this year, mostly because they have several capable wing defenders to throw at Luka Doncic and are unafraid (rightly so) of his supporting cast. The Thunder feature several former Clippers and are highly talented, but their roster is thin, and their best lineup is a three-guard unit that would be greatly undersized against the Clippers wings.

The Jazz have several large, capable wing defenders to put on Kawhi and Paul George, and Rudy Gobert is a major deterrent at the rim. The Clippers don’t have a truly devastating high pick-and-roll threat (ala Steph Curry or Damian Lillard), which is the best way to attack Gobert, and he’s dominated them several times over the years. The Rockets might not have size to punish the Clippers anymore, but their small lineups are devastatingly effective on offense, and if they happen to catch fire over a series could spell doom for any team, even if their defense is leaky. The Clippers are fully capable of beating both teams, but should try to avoid them in the first round if at all possible.

Getting a two or three seed also keeps the Clippers away from the Lakers, their greatest threat, until the Western Conference Finals. The more chances that other teams have to beat the Lakers, the better; while beating the Lakers en route to a championship would be extremely satisfying for Clippers fans, avoiding them entirely would be the smoothest path to the Finals. Essentially, the Clippers are likely to finish somewhere in the 2-5 range in the Western Conference. If possible, they should attempt to get the 2nd or 3rd seed, both to stay out of the Lakers path and to hopefully face one of the Mavs or Thunder in the 1st round rather than the Nuggets, Jazz, or Rockets. It will be tricky for the Clippers to do so with Beverley and George out, but if both guys can return sooner than later, and the team is able to get some cohesion down the stretch, it’s certainly in the cards. All that said, the Clippers being healthy for the postseason is the most important thing, and if they need to sacrifice positioning to have their key guys ready for the playoffs, it will probably be worth it. They’re not going anywhere in the postseason without a healthy Paul George or Pat Beverley, but if they possess their full roster, there’s not a team they can’t beat in the NBA, homecourt advantage or no.