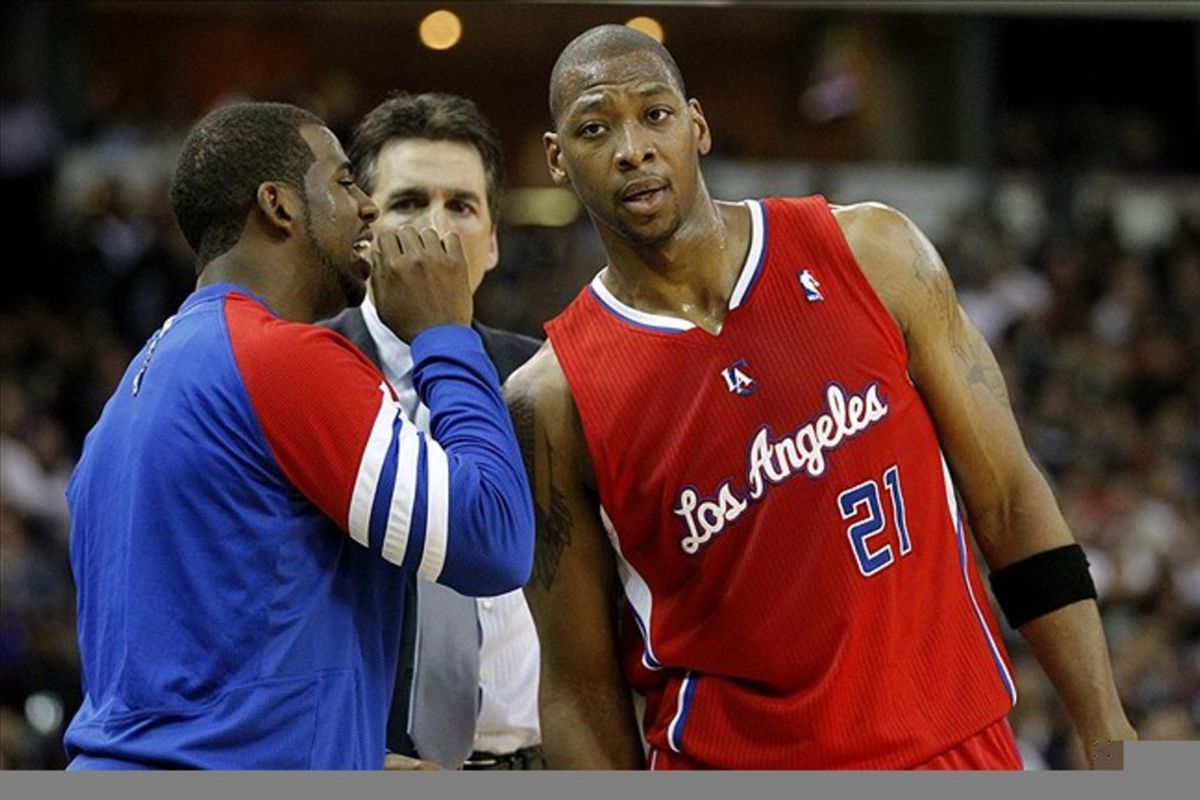 Welcome back to my lengthy and comprehensive ranking of all the Clippers players to suit up for the team throughout the 2010’s decade. This time, we are diving into some forgettable role players. These are differentiated from the previous batch of “Forgotten Ones” mostly because at one point or another, they actually played legitimate rotation minutes for the Clips.

As for why they weren’t in the “Disappointments” or “Villains” category, these players came in with low enough expectations and played few enough minutes that they weren’t able to do much harm to the team or the fan’s collective psyche. Heck, a couple of these more forgettable role players might even be remembered slightly positively! All that said, let’s dive in!

The Lowdown: I didn’t remember Jackson being quite this bad while on the Clippers, but boy are these numbers brutal. Jackson was brought in to provide some wing size and scoring for a Lob City team that lacked scorers on the perimeter that stood taller than 6’4”, but Jackson was completely washed up, and failed to make a positive impact in just about any facet of the game. It’s probably for the best that I don’t recall too much else, because his stint was not pretty (and was the end of the road for him in the NBA). It’s also good I have no fond memories of him as a Clipper, because he’s made some extremely insensitive and hateful statements the past couple weeks.

The Lowdown: Brown was one of those smaller combo guards who was kind of in vogue back in the late 2000’s, but unfortunately was not very good for the Clippers. He’s not a bad playmaker, and his assist numbers (per 36 minutes) bear that out, but he just couldn’t hit shots, and that was supposed to be his calling card. There’s not a ton else to say about Bobby, except for the fact that he was out of the NBA for a number of years before making a return in the late 2010’s on the Rockets after a successful career overseas.

The Lowdown: I’ve probably gone through about 10 players on the 2014 team so far in these rankings, a mark of just how poor the depth was around the awesome Core 4 center. Jamison was coming off a fairly solid season for a decent Lakers team the year before, but just fell off an absolute cliff for the Clippers in his mid-30s. He was as awful as ever on defense, a black hole in the post, and failed to connect from deep as a stretch big. The main plus for Jamison was that teams did respect his shot despite his misfires, so he provided some spacing, but that was about it. A sad end to a very nice career.

The Lowdown: Brian Skinner is a guy who would rate much higher if you counted his early years with the Clips (with whom he entered the NBA), or even his 2009 season. However, just in the 2010s decade, he played a mere 16 games and was clearly washed up. He still brought a tough presence to the court, and was a good veteran to have in a young locker room, but his play is best left forgotten.

The Lowdown: Collins, funnily enough, filled a very similar role to Skinner, just a year later. He was a low-usage big man veteran who gave the Clippers some vaguely useful minutes as a post defender and rim protector, but could not do much of anything offensively. Never an offensive threat in the NBA, at this stage of his career Jarron was virtually useless on that end, which prevented him from getting more minutes or being a positive player. Perhaps nobody defines the category of “forgettable role players” better than Jarron Collins. Still, he served his purpose as a third-string big.

The Lowdown: Dahntay Jones was one of the endless string of veterans who was brought in to try to plug the Clippers’ hole on the wing in the late Lob City years. For a wing in the modern NBA era, he was a singularly non-existent threat as a shooter, and certainly hadn’t improved at age 33. Still, he had made a decade-plus career due to his defense, and he still maintained some of that in his time with the Clippers. Doc Rivers used him in certain situations (end of shot clock, end of quarter, etc.) where his defense could be helpful, and at times, it was. But overall, his lack of offensive game limited him to this situational role.

The Lowdown: Nate Robinson was a fan favorite (far from the forgettable role players of the world) early in his career due to his undersized stature and explosive athleticism, and fans were excited for his signing, especially as he was only a season removed from being a solid enough role player for the Nuggets. Unfortunately, the “end” comes quickly for small NBA players, especially when they rely on athleticism, and Robinson had lost the half-step that had kept him in the NBA. He could no longer get to the basket, instead chucking up jumpers, which he was not able to hit at a high rate. While he was able to score and play make a bit, he did not do so efficiently, and didn’t receive any minutes in the playoffs. Still, he had a couple fun games, and that’s worth something.

The Lowdown: Bobby Simmons had one of the great (yes, great) one-off seasons in Clippers history when he exploded from obscurity in 2004 to win the NBA’s Most Improved Player Award. However, he was far removed from that in 2011, when he joined the first Lob City team to add an alternate option to Ryan Gomes as a backup wing. Unfortunately, the magic was not there for Bobby, who struggled to connect on two-point shots and was only mediocre from deep. Combine that with merely acceptable defense and Bobby never settled into the role that Clippers fans might have hoped.

The Lowdown: Alan Anderson was considered a sneaky good signing at the end of summer 2016. His previous season with the Wiz had been cut short due to injury, but his previous four seasons he’d been a solid role player with good Raptors and Nets teams. Unfortunately, that injury combined with age sapped a bit of Anderson’s juice as a defender as well as the lift on his jumper, and with lessened abilities in both the “3” and “D” elements of the game, Anderson wasn’t all that useful. He wasn’t absolutely awful, and played more minutes than you might recall, but he was still a bit of a disappointment, which fits him snugly into the “forgettable role players” bucket.

The Lowdown: Jordan Hamilton was an exciting add for Clippers fans because he was a late-season signing of a young player with potential rather than a mid-30s vet with one foot out of the league. Hamilton didn’t end up sticking around with the Clippers or in the NBA (though it’s a bit unclear why – his stats were solid enough), but he wasn’t all that bad in the handful of games he did play for the Clips. He notably had a game where he contributed to an actual win on the road in Minnesota, and showed flashes of real scoring ability in his brief appearances. He didn’t have much of an impact, but for the type of signing he was, he wasn’t bad.

The Lowdown: After a couple season of being a role player on extremely good Spurs teams (including the 2014 squad, widely regarded as one of the greatest ever), one would think there might have been a market for Ayres. However, there wasn’t, as the Clippers picked him up on a 10 day contract before signing him for the rest of the season. Ayres didn’t play much, but in his 100+ plus minutes he was a perfectly serviceable backup center who could rebound, dunk, and play a bit of defense.

Well, these forgettable role players seem like a pretty good place to stop for right now. In the rankings, we have finally hit a point where players’ contributions start to become positive (however slightly) over negative. In 2020, Clippers basketball is back, which means offseason content like this series gets pushed to the backburner. Have no fear! This series will return after the playoffs (hopefully in late October), at which point we will finally start diving into some beloved Clippers.