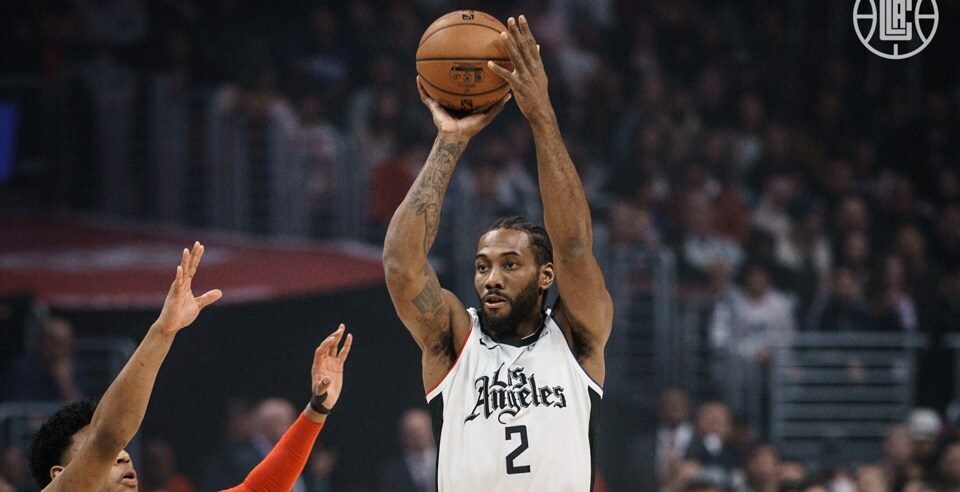 Overview: While these preseason bubble games might not have the impact or meaning of regular season contests, and the Clippers certainly aren’t treating them as such, we will still be giving them our normal game coverage. Enjoy this Clippers-Wizards Scrimmage preview!

The Clippers are extremely shorthanded right now, with five of their top seven players currently out of the bubble in Orlando. Now, Lou’s absence is expected to be short, and Zubac appears to be on his way back, but still, the Clippers are not in great shape right now. The purpose of the scrimmages and this extended training camp was to build chemistry, get in shape, and work on execution, and the Clippers will be behind their competitors in these elements due to how many players they’ve missed at various points.

Therefore, in this training scrimmage against a bad Wizards team missing their two best players, there’s not much to see on the court. Lots of fringe rotation players will be seeing huge minutes, including Terance Mann, Amir Coffey, and Rodney McGruder, and the Clippers’ starts will presumably have their minutes slashed. While the play might be a bit sharper than it was against the Magic just due to both teams having their legs under them a bit, it’s still a meaningless preseason game featuring players who largely won’t be very important for the Clippers’ playoff hopes.

The Wizards were (by far) the worst team invited to the bubble, and are missing their best player (by far) in star guard Bradley Beal, as well as flamethrowing bench forward Davis Bertans. Without those two, the Wizards are relatively toothless offensively, and considering their flammable defense, well… they’re pretty bad. They have a couple steady vets (Napier, Ish Smith), and a few promising youngsters (Hachimura, Brown, Bonga), but they are a lottery team in talent.

Joakim Noah’s Defense: In Joakim Noah’s first game as a Clipper, he displayed the energy, hustle, and passion that Clippers fans expected. He also flashed his signature passing and playmaking skills, dishing out several assists and helping get the offense get into gear. However, for a player who was billed as a defense-first type of presence for much of his career, he was inconsistent on that end. Some of that is probably just due to age and accumulated injuries taking a half-step (or more) out of Noah’s lateral quickness. But a lot of those errors defensively were more due to being out of place and out of sync, and those mistakes should hopefully be cured over time. One scrimmage probably won’t make a huge difference, but it wouldn’t surprise me if Noah’s defense was better in this one.

Terance Mann’s Aggressiveness: Terance Mann was the last Clipper to get minutes in their first scrimmage on Thursday, and didn’t too much with the minutes. He got to the line a couple times and had a few nice rebounds, but he still wasn’t particularly aggressive with the ball in his hands. Mann has some skills, and his size and length should translate to good defense, but he needs to be a threat on offense, and these types of Summer League games should be a perfect place for Mann to be more aggressive. With Lou out, Mann will probably have the ball a lot more, and hopefully he makes the most of his opportunity.

Amir Coffey and Rodney McGruder’s Shooting: One of the only interesting things to watch for is the battle between Amir Coffey and Rodney McGruder. While neither is likely to receive real minutes in the playoffs, particularly in the later rounds, it’s very possible that one will have a chance at spot playing time when the Clippers have foul trouble or need a breath of fresh air. The key for who wins that battle could be shooting. After being an acceptable outside shooter his first couple years in the NBA, Rodney’s shot tanked this season, and it negatively affected the rest of his play. Meanwhile, Coffey’s shot came and went at Minnesota, and has been off in limited NBA minutes. Doc Rivers would probably lean towards trusting the veteran McGruder over the rookie Coffey, but if Amir is able to outshoot Rodney over the next week or two, that could change.