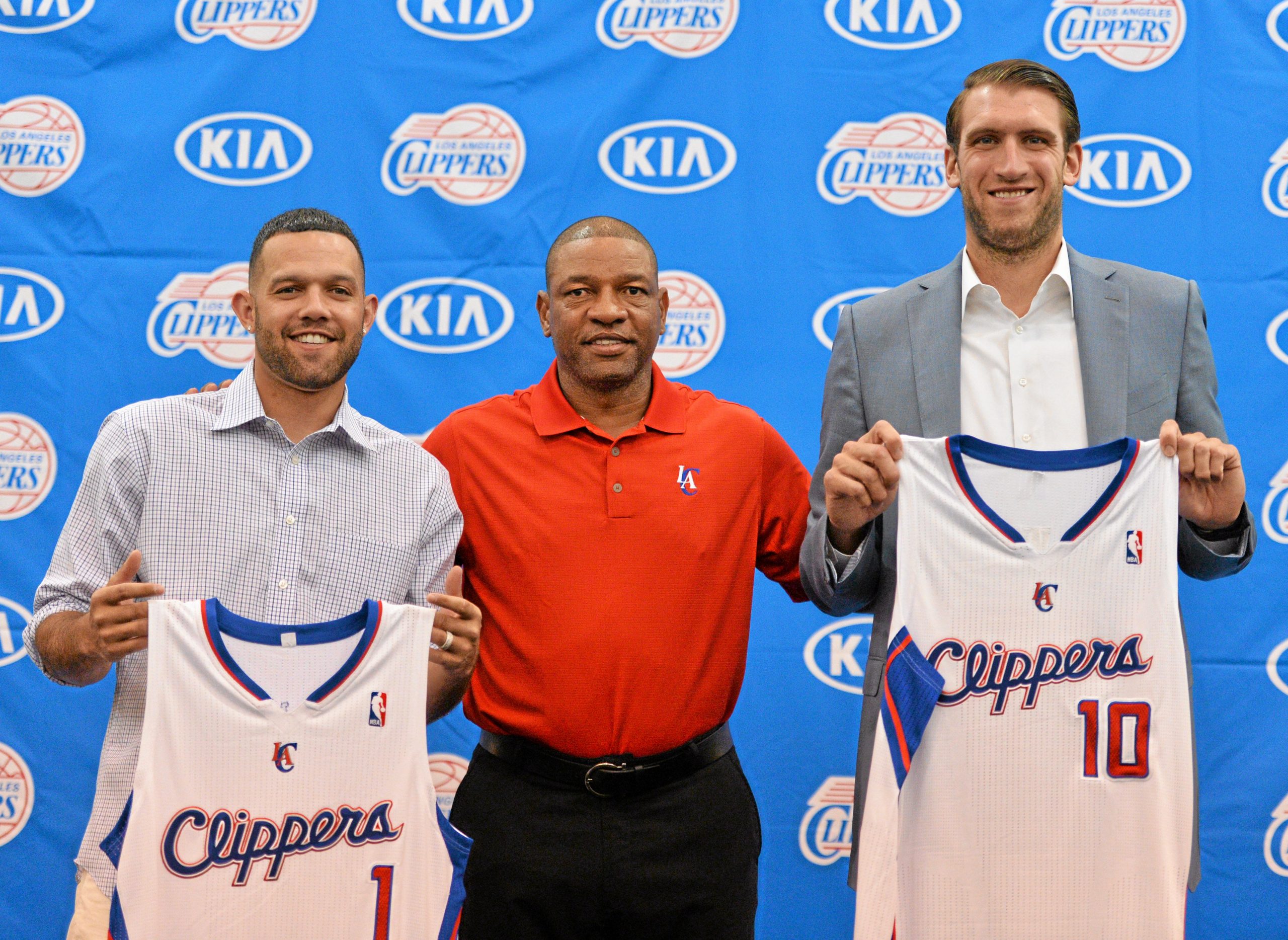 Having gone through the villains of the 2010s decade, it’s now time to make our way through some of the lighter disappointments. These are players who maybe didn’t have as high expectations on their arrival as Clippers as the villains, or didn’t burn as many bridges on their exits, but whose tenures still left a sour taste in the mouths of Clippers fans to one degree or another. Read on for the first part of the Clippers disappointments of the 2010s, ranking players 112-107 of the decade.

The Lowdown: On a value basis, Spencer Hawes, incredibly, might be the Clippers’ worst signing of the 2010s decade. The Clippers had their full midlevel exception, a contract that’s usually utilized on starting level players or key, trusted rotation pieces, and wasted it on Hawes, a player who had only been a net positive for one season in his career. Now, that season had been the year right before the Clips signed him, but had come on a Process-starting Sixers squad and an atrocious Cavaliers team. On a team with actual aspirations, Hawes’ three-point shooting fell apart, and when that happened, his role as a stretch big man who could play either big spot was untenable. He was too slow to defend power forwards, too bad a rim protector to play center, and incapable of doing much else on offense outside of bricking threes. After just one ineffective season, he was traded as part of the Lance Stephenson-Matt Barnes deal to the Bucks, where he finished his NBA career. The Clippers wasted a real asset at getting a helpful player for the remainder of the Lob City era on Hawes, and he failed to help them in one of their best chances to make a run. Just a huge disappointment in all elements.

The Lowdown: Jordan Farmar was added in the summer of 2014 to replace the departed Darren Collison, who had been one of the best backup point guards of the Lob City era. After several years as a well-respected backup on the Lakers and Nets, Farmar seemed like a safe addition. Alas, his play never met those expectations – he was not aggressive, and failed to earn the trust of Doc Rivers as a result. Despite signing a multi-year deal, he was waived just part of the way through the season due to his failure to provide competent, reliable minutes. Clippers fans also never warmed up to him, probably due to his years as a Laker (and mediocre at best play), and he was close to making the “villains” list due to the mild vitriol that has followed him years after.

The Lowdown: Lance was yet another new player brought in during the summer of 2015 after the Rockets’ disaster. To acquire him, the Clippers traded away longtime role player and fan favorite Matt Barnes, a move that was questioned at the time. Stephenson was younger and was just a season removed from being a key member to a phenomenal Pacers team, but was coming off a dreadful season in Charlotte and didn’t seem like a good roster fit. While his surface numbers were acceptable, Lance never fit in due to his ball dominance, lack of shooting, and lackadaisical defense, and his poor play was a big reason that the Clippers had to rely so heavily on the washed Paul Pierce. Lance was traded at the deadline for fellow disappointment Jeff Green, and has bounced around the NBA since. Trading for Lance was a real gamble that the Clippers took – he definitely presented a higher upside than Barnes (or any other easily available options) but also had a lower floor – and did not pay off.

The Lowdown: This is the first ranking that would be much different if it was placed outside just the 2010s decade. Al Thornton was considered one of the rising stars of the Clippers, but his star faded extremely quickly. His lack of defense and outside shooting combined with his shot-happy ways made him affordable, and he was shipped out at the deadline for Drew Gooden. Just a season later he was out of the NBA and would never return. It was an unfortunate end for a Clippers’ player who had showed great promise just a year or two before.

The Lowdown: In the summer of 2016, things were bleak for Lob City. The team had lost so many years in a row in a variety of crushing ways that all hope seemed lost, and the team’s chemistry was dissipating with it. In a more tangible sense, the group needed more talent, and young talent, making draft picks a precious gift. The Clippers drafted Brice Johnson 25th out of North Carolina that year, hoping that his overall play would provide a suitable backup for Blake Griffin. After a somewhat promising summer league, Brice hit the bench, and never left, playing nine NBA minutes his rookie season. After a disappointing follow-up SL performance, Brice had a repeat expedition warming the pine, was traded to the Pistons in the Blake Griffin deal, was sent to the Grizzlies shortly thereafter, and then waived. Brice made no impact on the Clippers, and is barely remembered by fans except as a complete waste of a pick. His 21 games played rank 51st all-time for 25th picks, and barring a shocking NBA comeback, he will be one of the worst 1st round picks in recent NBA history. An absolutely crushing pick that was a fitting end to the Lob City era.

The Lowdown: What a disastrous move the Jeff Green trade was. The Clippers sent Lance Stephenson and an unprotected 1st round pick (who would later become Matisse Thybulle) to the Grizzlies for Jeff Green to make up for the previous mistakes of Lance, Paul Pierce, and Josh Smith. Green had already been laid bare for what he was as an NBA player – an inconsistent, maddening presence who was far more flash than substance. But the Clippers needed a starting small forward, and Green theoretically fit that mold. His play as a Clipper was fine, but he made no real impact in the end, as Chris Paul and Blake Griffin got injured in the playoffs, and the Clippers were bounced in the first round. Green left in free agency to the Magic, and the Clippers got just 30-something games of mediocre play for a real asset. Yikes.

Part two should be up tomorrow!