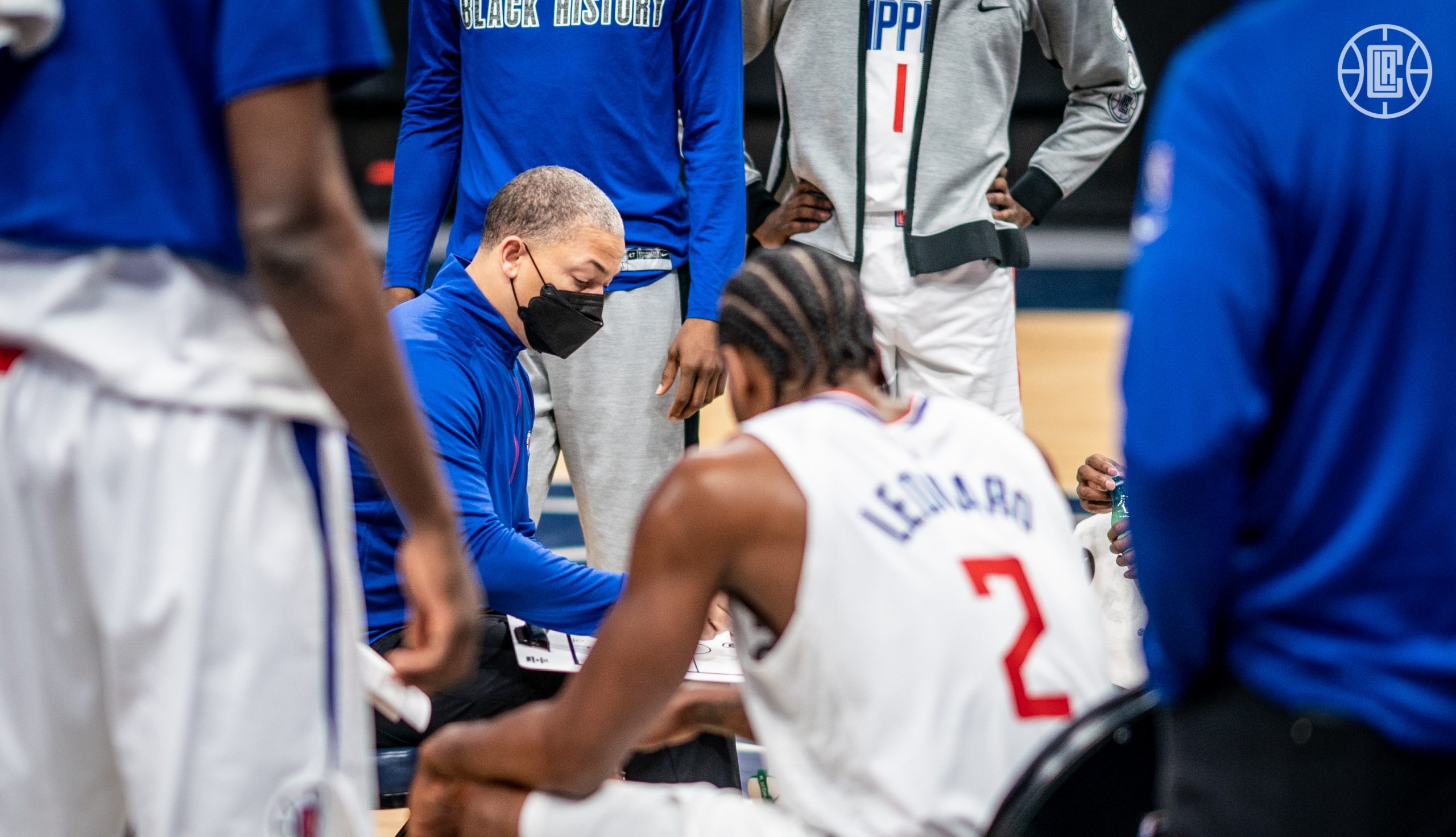 The only real good news about this Clippers’ loss to the Wolves is that it was better than the loss last night against the Nuggets. Without Kawhi Leonard, Paul George, and Nic Batum, the Clippers were outgunned, and, once again, mostly outfought.

The game started off less than well, as the Clippers picked up three fouls and a technical in a minute, and the Wolves took a quick 9-2 lead, forcing a very early Ty timeout. The Clip settled in a bit, though Mann had to leave early with a second foul (along with another technical) for Norm. The Clippers hung around with some tough shots, but the Wolves scored easily time and again to grow their lead to 10. At that point, the Clippers’ bench checked in (mostly) in full, and Norm Powell and John Wall combined for a flurry of points. The Wolves were able to score on the other end and maintain a lead, but the Clippers looked fiery and aggressive, and trailed by just four after the first period.

The WOlves were the ones who called an early timeout in the second period after an easy Wall layup in transition. However, for the first couple minutes of he period, transition was the only place where the Clippers were able to score, as their halfcourt offense remained poor. A fun unit with Robert Covington in place of Marcus Morris with the rest of the starters had some nice ball movement and held up defensively. Unfortunately, when Morris checked back in, and Wall came back for Reggie, the floodgates opened, as the Clippers missed a series of wide open shots and the Wolves drained theirs on the other end. The Wolves suddenly led by 16, and the Clippers only narrowed the gap by a bucket after a late shot by Kennard. Thus, it was 68-54 Wolves at halftime.

The Wolves started on a quick 6-1 run, increasing their lead to 19, before Mann answered with a couple drives. Mann continued to battle, and Luke hit a three, but the rest of the Clippers’ starters looked lethargic on defense and slow on offense. The Wolves expanded their lead to 21, prompting Ty Lue to bring in Wall, Norm, and Moses. This unit played better, and was able to score against the non-Gobert Wolves. A three by Morris cut the Wolves’ lead to 13 with 1:19 to go, but Rudy was re-inserted, order was restored, and an 8-0 run to end the period put the Clippers back down by 21.

The Clippers fell behind by as much as 26 before an 8-0 spurt brought them to down 18 with 9:21 to go. The Clippers’ bench unit continued to fight, and fight hard, but were not able to close the gap much due to some missed free throws by Moses Brown and not sharp enough defense. The closest they got it was 15 with 6:25 to go, and Ty brought in Mann for Amir to seemingly make a final push, but the Wolves scored and got a stop, and with 5:19 to go, Ty Lue emptied his bench, with RoCo once again playing with the young guys to close the game out.

The Bench Fights: The Clippers were once again doomed by their starters, who, outside of Terance Mann, played with zero energy or fight. The only reason this game was even semi-competitive (though it never felt like the Clippers would win) was the Clips’ bench, who fought their hearts out. Norm Powell had 21 points and 6 rebounds in 25 minutes on extreme efficiency, Wall had 14 and 8 on decent efficiency, Moses Brown had 14 points and 11 rebounds, and RoCo chipped in 12 points, 6 rebounds, and 3 steals. Sure, the bench’s defense wasn’t particularly good either (Wall in particular got caught sleeping a bunch, and Moses just doesn’t offer anything on that end outside of taking up space), but they played hard and at least showed a ton of effort. It was a bare minimum, but it’s a bar the starters have not met in a while now.

Luke Injured: Luke Kennard didn’t play great in this one, and has been rough on defense for weeks now, but it was still a tough blow to receive the news in the 4th quarter that he was done for the game with calf soreness, the same calf that kept him out for an extended stretch earlier in the year. Paul George and Nic Batum are injured, Kawhi and Wall aren’t playing back to backs, and all of a sudden the Clippers’ depth looks rather thin. Hopefully Luke doesn’t miss too much time.

Shaking Things Up: Look, the Clippers will play better when PG, Kawhi, and Nico all get healthy and are on the court together. Still, it seems past time to make some real rotation adjustments. Maybe we will see those when the Clippers are healthy, maybe not. But the starting duo of Reggie Jackson and Marcus Morris is offering just about nothing outside of catch-and-shoot threes, and while that’s nice, there are plenty of guys on this roster who are playing better. Maybe when Nico returns, you just start him instead of Morris? Maybe Mann or Luke slides into the starting role, and Reggie either takes over from Wall as the bench point guard or he gets a few games off to get a bit of rest and get himself together. Both guys’ starting spots probably will be safe because of their proven fit with PG and Kawhi and vet stature, but they shouldn’t be.