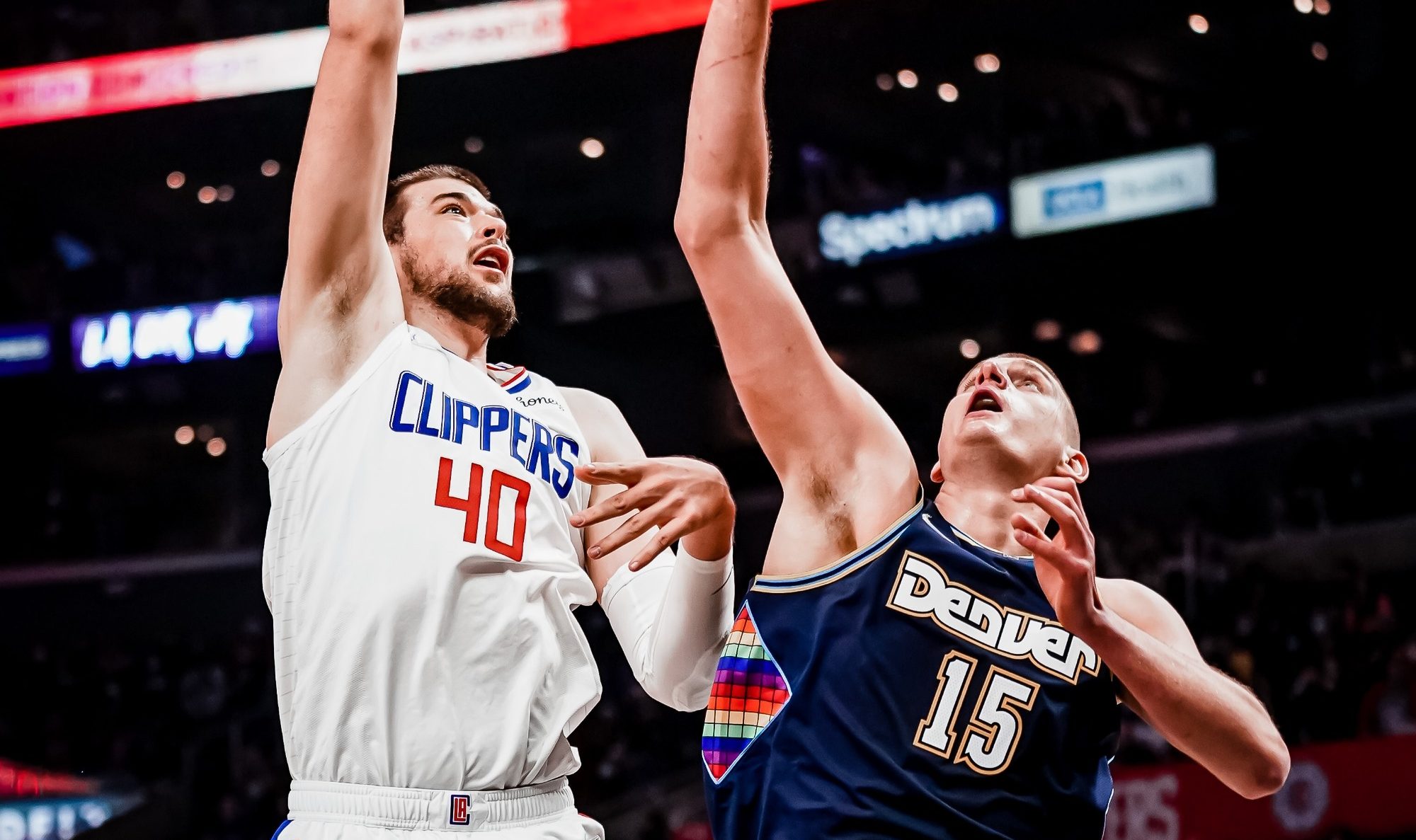 The LA Clippers were physically in Denver to play the Nuggets on Thursday, but they did not come to compete. A bad start got worse, until Ty Lue waved the white flag early by benching the starters to begin the 3rd quarter.

Before we get to the summary, a few follow ups to our preview: First, Kawhi Leonard and Paul George did in fact play despite being listed as questionable earlier this week. Second, Nicolas Batum did not play due to his ankle sprain and John Wall was out, likely because he is playing tomorrow. Third, the sophomores (Boston and Preston) traveled and played in garbage time.

There is not much to say about this game: In the first quarter, the Clippers shot 19%—only putting up 15 points—and were down by as much as 19. Paul George and Kawhi Leonard were a combined 0/7 from the field, while Jamal Murray had 13 by himself on 5/6 shooting to start the game.

The Clippers barely beat their first quarter production in the second frame, putting up 17 points and only improving their overall field goal percentage to 27%. Amazingly, Nikola Jokic only had three points through two quarters, but so too did Paul George, and Kawhi only had six.

The Clippers technically won the second half but that is a purely academic statistic: The game was over at half time, and the TNT crew let the Clippers have it. Kenny Smith, in particular, argued that the Clippers’ approach (including the organization’s arrogance) was not going to work, as evidenced by tonight’s game. Role definitions, coaching, and the offensive scheme are all a mess right now, just as they highlighted. And they were right.

No one on the Clippers deserves praise from this game. It was that ugly. For the Nuggets, Jamal Murray, Aaron Gordon, and Bones Hyland were the bright spots. But this was basically a scrimmage for the Nuggets, so it is hard to take much away from it on their end either.

19 Losses: The LA Clippers will have their 41st game Friday, which represents the halfway mark of the season. After this Nuggets’ game, the Clippers are 21-19 and have lost four in a row, which puts them in the sixth seed for the moment. This is basically the danger zone: Only the top six seeds have a guaranteed spot in the playoffs, so any further regression will put them in the play-in, again. Although the Western Conference is pretty bunched up, the Clippers’ recent struggles have almost certainly boxed them out of earning a top-three seed. That means they have a very slim chance of having home court advantage in the first round, much less later in the postseason.

What’s up with Ty Lue?: After the game, Ty Lue gave platitudes but it is hard to decipher what he is actually thinking right now. He might have said “[w]e’ve got to be better” a dozen or so time in five minutes. Uh, yeah. How the team will get better or what specifically needs to be fixed was not offered, of course. On one hand, Ty Lue can only do so much with a roster that is so guard-heavy. On the other hand, some of his rotations have been questionable (as have been highlighted several times on this blog) and he has refused to make a decision about which guard will be out of the rotation—a decision that has to be made at some point, unless there is a trade. His proclivity to play super-small lineups is influenced by the amount of guards on the team, but he could also simply decide not to play every guard and mix in Covington or Moussa instead.

Does Zubac want to be an All Star?: Early in the season, Ivica Zubac was one of the best defensive bigs in the league and was averaging a double-double. He’s still a defensive force at times, but his impact on the game has been muted lately. Specifically, in November, Zubac averaged 11 points and 11 rebounds on 62% from the field. In December, he was down to 9-9.9. Although he is playing five more minutes per game than last year, he is averaging the same amount of points (10.2) and only two more rebounds. There are fewer opportunities for him now that Kawhi is back in the lineup more often, but he needs to assert himself more if he wants to be an All Star or, more importantly, if he wants to help the team win games. He has only scored more than twenty points twice, while he’s had several games with single-digit points. If Zubac continues to be a non-factor, he might end up being the backup to a better center after all.

That about does it for this recap of the Clippers’ loss against the Nuggets. As always, check out The Lob The Jam The Podcast and Clips ‘N Dip for analysis throughout the week, and follow us on Twitter to watch the game with us!