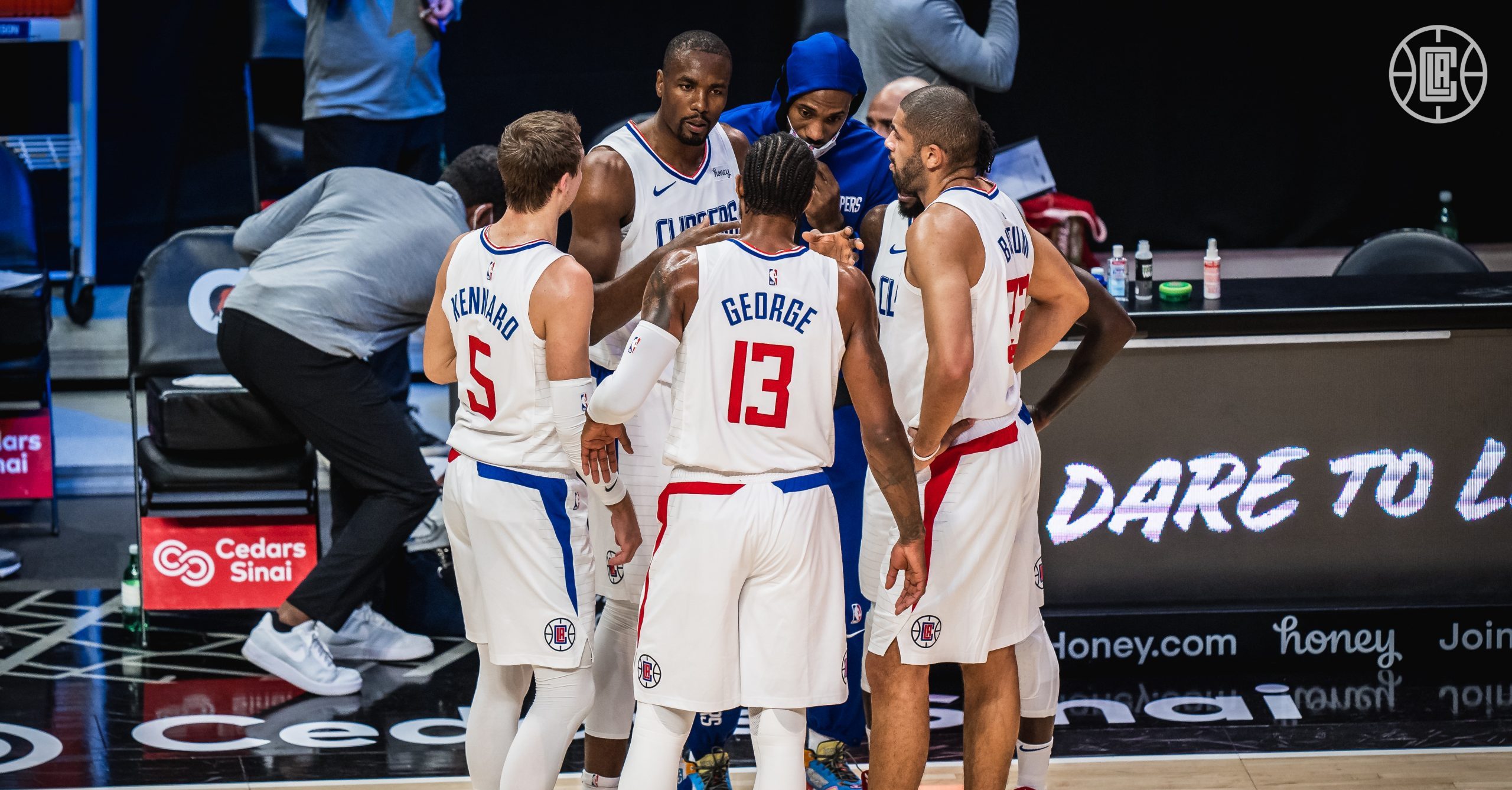 The Clippers continue their road trip in Minnesota and will try to reclaim some dignity after their embarrassment last night in Denver. Keep reading for a preview of the Clippers’ game against the Timberwolves.

The Clippers were humiliated last night in Denver on national television, falling behind as much as 38 in the first half and benching all their starters in the second half. The game was a summation of everything wrong with the Clippers not just this year, but in the Kawhi and PG era – old, slow, apathetic about regular season basketball, and lazy offense. They have lost four in a row, losing all the momentum they’d gained in mid-late December, and have fallen back into the pack in the crowded Western Conference. Tonight is the halfway mark of the season, yet in many ways it feels like the Clippers’ season hasn’t even gotten off the ground yet. There’s plenty of time, but this has not been an inspiring week of basketball to say the least.

The Timberwolves have been mostly miserable as well this season, but have won two games in a row and are looking slightly better of late. Star center Karl-Anthony Towns has been out for much of the season with an injury, and the Wolves have desperately missed his shooting and rebounding. Their other star center, Rudy Gobert, who they traded nearly all their assets for, has had a very down season by his standards, with slippage on defense, the glass, and offense. Anthony Edwards hasn’t taken the leap to superstardom either, though on certain nights he definitely looks the part. The Wolves have gotten some great minute from veterans such as Kyle Anderson and Austin Rivers, and Taurean Prince has played well in the limited games he’s been healthy. The Wolves will probably improve as they coalesce and when Towns returns, but it has not been a promising first year to the Towns-Gobert partnership.

Show Up: Even if the Clippers lose this game (it’s the second game of a back to back on the road against a talented opponent), they had better actually show up ready to play. They didn’t yesterday against the Nuggets on national TV, against a team that should be somewhat of a rival, and it was truly pitiful to watch. Terance Mann was alone among guys who played real minutes in playing hard and with force. Effort is never an issue with Terance, and it’s one of the reasons he has to play more. Moses Brown tried hard in garbage time, and Amir Coffey and Robert Covington’s efforts were acceptable. Everyone else was somewhere between embarrassing and miserable. Be better, Clippers.

That about does it for this preview of the Clippers’ game against the Timberwolves – this team simply does not deserve much in the way of coverage at this point outside of anger and frustration.