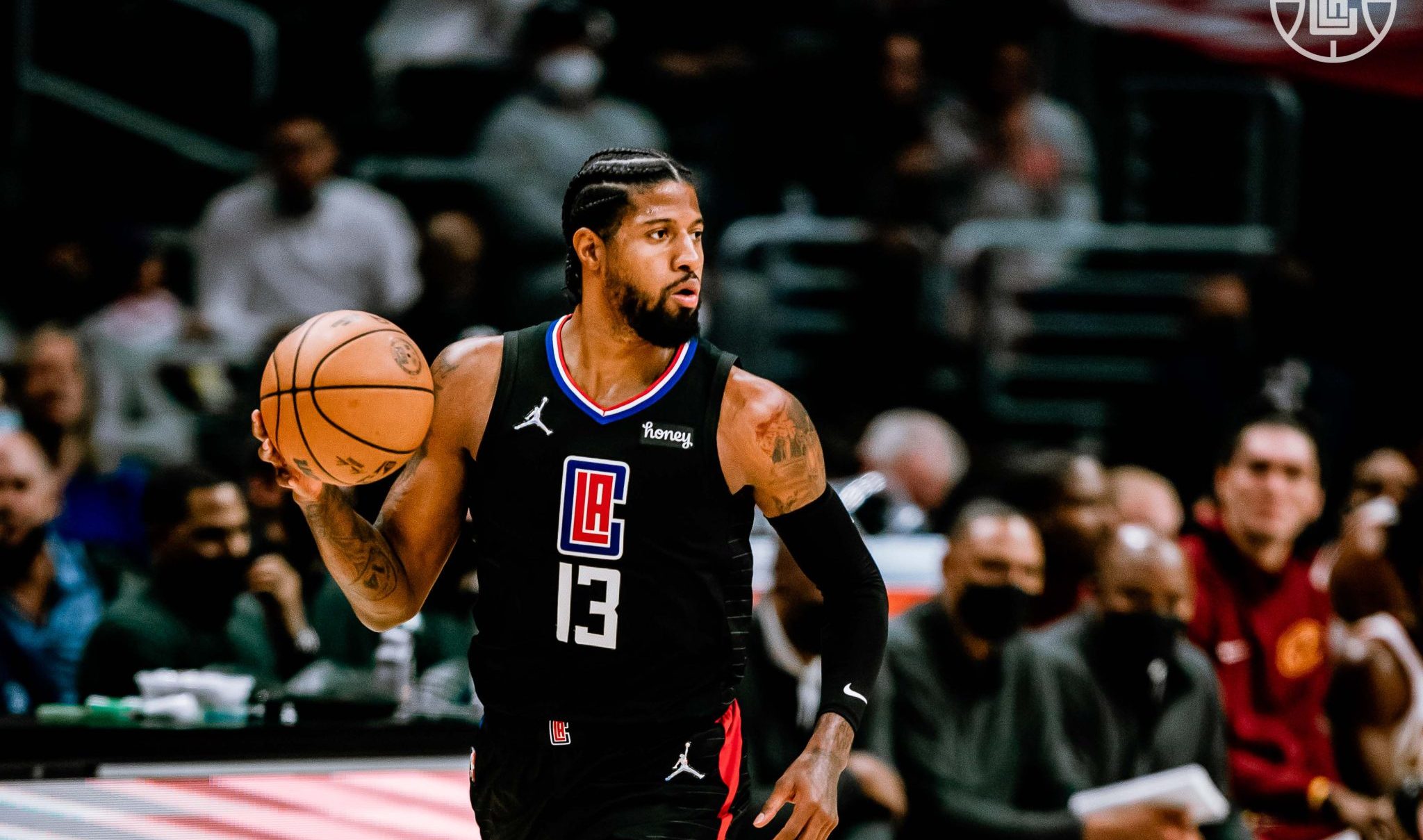 Our exit interview series at 213 Hoops continues with a look at the 2022 season of Clippers’ superstar Paul George.

As our own Taylor Smith said in PG’s player preview, expectations for Paul George were massive entering this season. The Clippers knew they’d be without Kawhi Leonard for most of if not the entire season, and that George would have to lead the team as the clear healthy best player. Coming off an exceptional 2021 playoffs that reasserted PG as one of the best players in the entire NBA, hopes were that he’d be able to steer the Clippers to a playoff berth as an All-NBA caliber player.

I wouldn’t have put a precise number to the kind of stats PG would put up as the primary player, but scoring about 25 points per game with a handful of assists and rebounds, very good defense, and efficient shooting was about the baseline. There were maybe some stealth hopes for a down-ballot MVP campaign (if not finishing quite as high as he did in 2019 as the 3rd placed candidate), but more realistic goals were All-Star, All-NBA, maybe All-Defense, and head of a pretty good Clippers team.

It was a disappointing 2022 season for Paul George, who played in just 31 of 82 games and missed the second play-in game that resulted in the end of the Clippers’ season. Nearly all of that missed time was due to an unusual elbow injury, and it’s fortunate that George not only returned at all, but looked fully healthy upon his reappearance late in the season. It’s to George’s immense credit that he worked and trained and rehabbed to rejoin his teammates in a season that had gone haywire from before its inception with the Kawhi injury, and the benefit of the team’s long-term future that it appears this injury is behind him.

Still, the unfortunate fact remains that George simply wasn’t available for the Clippers for over half the season. That cost them dearly in the standings, and was the primary reason (assuming that Kawhi was always going to miss nearly all of the season) that they were in the 8th seed instead of the 5th to 7th seed that fans expected before the season.

Not only that, but even when he was healthy, George’ play was underwhelming by his lofty standards. Per 100 possessions, his point, rebound, and assist numbers were nearly identical to the 2021 season – when he was playing off Kawhi Leonard. His defense was probably the sharpest it had been as a Clipper in the regular season, which was great, and a big reason for the Clippers’ excellence on that end. On the other hand, his turnover rate was the highest of his career, tied with his third season (when he took on a major offensive role for the first time), and his true shooting of 53.8, below league average, was his worst since that season and the second worst of his entire career.

Following that pattern, George’s free throw rate was tied for the lowest of his career (again with that 2013 season). Oddly, despite getting to the line less, PG also took fewer threes, with 40.4% of his shots coming from deep, the lowest mark since the 2017 season. In short, he took more midrange jumpers and long twos, the least efficient shots in basketball, losing threes and attempts at the rim. This could be symptoms of declining athleticism, or just a somewhat rough surrounding offensive roster. Regardless, those numbers are something to keep an eye on going forward.

Paul George was still excellent. Averaging 24.3 points, 6.9 rebounds, and 5.7 assists is a lot of production, and that’s without going into his defense, which was probably just a hair below All-Defense caliber. In a season where PG plays 65+ games, he’s certainly an All-Star, and probably a candidate for 3rd Team All-NBA. He’s still easily a top 20 player in the NBA, quite possibly top 15. Saying his season was a disappointment says more about the phenomenal seasons he had prior and less about this one. Hopefully George will be healthier in 2023, and playing alongside Kawhi will boost his efficiency once more.

Paul George has two more seasons on a max deal with the Clippers after this 2022 season and then a player option for the 2024-2025 season that seems like a lock to be picked up, and will take him into his mid-30s. While George slipped a bit this season, he was still very, very good, and has a game that should age well.

That said, injuries are a concern. PG has played 48, 54, and 31 games as a Clipper (the first two albeit in somewhat shortened seasons) and is 32. While we have seen with Chris Paul that age doesn’t necessarily mean increased injuries, it appears unlikely that the Clippers will get a 75+ game season from George, and that at this point even 65 would be a huge win. That’s tough considering he’d played 81, 75, 79, and 77 in the four seasons before his Clippers’ tenure. As long as George is healthy alongside Leonard for the playoffs, the Clippers will take inconsistent regular season health, but they do have to build their team going forward with the expectation that their superstars will miss plenty of games.

George is still great. He’s the Clippers’ clear second best player and one of the best #2 options in the NBA. Things might change next summer if the Clippers disappoint again, but right now they’re loading up for a championship run next season, and PG is a key ingredient to that. Paul George is not going anywhere, at least anytime soon.