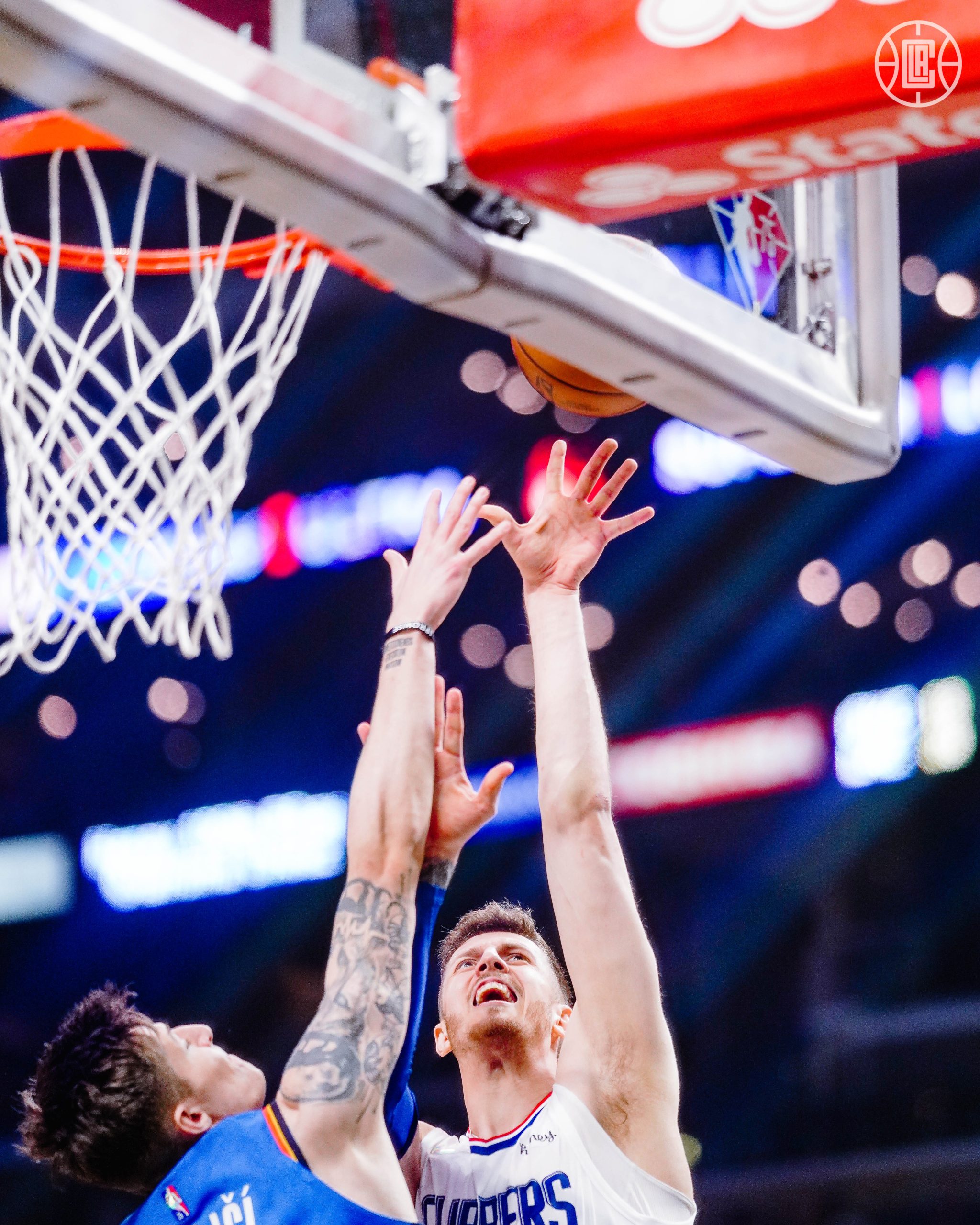 Our exit interview series at 213 Hoops continues with a look at the 2022 season of Clippers’ reserve big man Isaiah Hartenstein.

Isaiah Hartenstein came into the 2022 season with almost no expectation. Signed to a one-year, non-guaranteed training camp deal, he wasn’t even a lock to make the roster (though he was a favorite), as he was competing with former high school star Harry Giles and the younger Moses Wright. Even if he did make the roster, Hartenstein was projected to play behind both Ivica Zubac and Serge Ibaka, the Clippers’ veteran big men. Sure, Ibaka’s age and injury to start the year meant Hartenstein would play some minutes, but nobody thought he’d have a real impact on the Clippers’ 2022 season.

Hartenstein did not just beat out Wright and Giles for the 3rd center spot, he started out the year playing unbelievable basketball and made Serge Ibaka expendable. Of course, Serge’s own decline played the larger role in that, but the Clippers felt comfortable moving on from Serge, a beloved championship vet, mostly because of how well Hartenstein had played to that point.

Hartenstein’s most obvious contribution to the Clippers’ second unit was as a bundle of energy ala Montrezl Harrell. In games where the Clippers lacked juice or seemed a bit slow, Hartenstein was out there throwing down putback dunks and diving on the floor for loose balls. While not as good an offensive rebounder on Ivica Zubac, Hart was excellent at that in his own rate, which also helped provide some offense on a second unit that frequently didn’t have much punch.

Speaking of helping the offense, Hartenstein’s passing was hyped coming into the season, but was still a pleasant surprise. He had an assist percentage of 20.5, higher than any Clipper but Paul George, Reggie Jackson, and Eric Bledsoe, all guard ballhandlers. He excelled in dribble hand offs, especially with Luke Kennard, provided great utility as a short roller in the pick and roll by dishing to the corner, and just generally made smart reads on offense.

Where people differed on Hartenstein’s play was on the defensive end. Advanced stats – Basketball Reference’s DPM, Dunks’ and Threes’ EPM, 538’s Raptor, and BBall Index’s LEBRON – all valued Hartenstein as a good to exceptional defensive player. When every stat says the same thing, I tend to put some stock in it, even if Hartenstein was overpowered at times by stronger players, out of place sometimes, and fouled far too much. The Clippers were a very good defensive team this season, and part of the reason behind that when they had no truly great defensive players (outside of maybe RoCo after the trade deadline and Nic Batum at times) is that they had very few weak spots. Despite some bad matchups, I think Hartenstein is generally a plus regular season defender.

Overall, you combine Hartenstein’s availability, passing, energy, and defense, and you have one of the best backup big men in the league. What a find for the Clippers on a non-guaranteed minimum deal.

The Clippers would probably like to keep Isaiah Hartenstein, but he’s an unrestricted free agent, young, and is looking for his first major NBA contract. On a team that likes to play small, having one of the best backup centers in the NBA might be more of a luxury than a necessity, especially on a squad that will be deep into the tax. Steve Ballmer is willing to pay what it takes for a championship, and that probably includes paying Hart, but at some point, somewhere, he will reach a limit.

There’s also the question of whether the Clippers could find a center at the minimum or in the 2nd round who can do even 70% of what Hart does, and whether that’s a smarter allocation of resources. Hartenstein would almost certainly not be a big part of any deep Clippers’ playoff run – but being a regular season innings eater who helps win games is super important. Hartenstein is behind Robert Covington and Nic Batum in the Clippers’ free agent priority list, but he’s a real asset who helped the Clippers a lot.

That said, while Hartenstein presumably likes the Clippers, enjoys playing in LA, and would love to play for a championship team, this is the first big free agency of his career, and as a backup center, every payday needs to be treasured and considered. Hartenstein will want a place that pays him and will play him, and the Clippers might check only one or zero of those boxes. Therefore, while I think there’s a good chance that Hartenstein comes back next year, it’s not close to 100%.