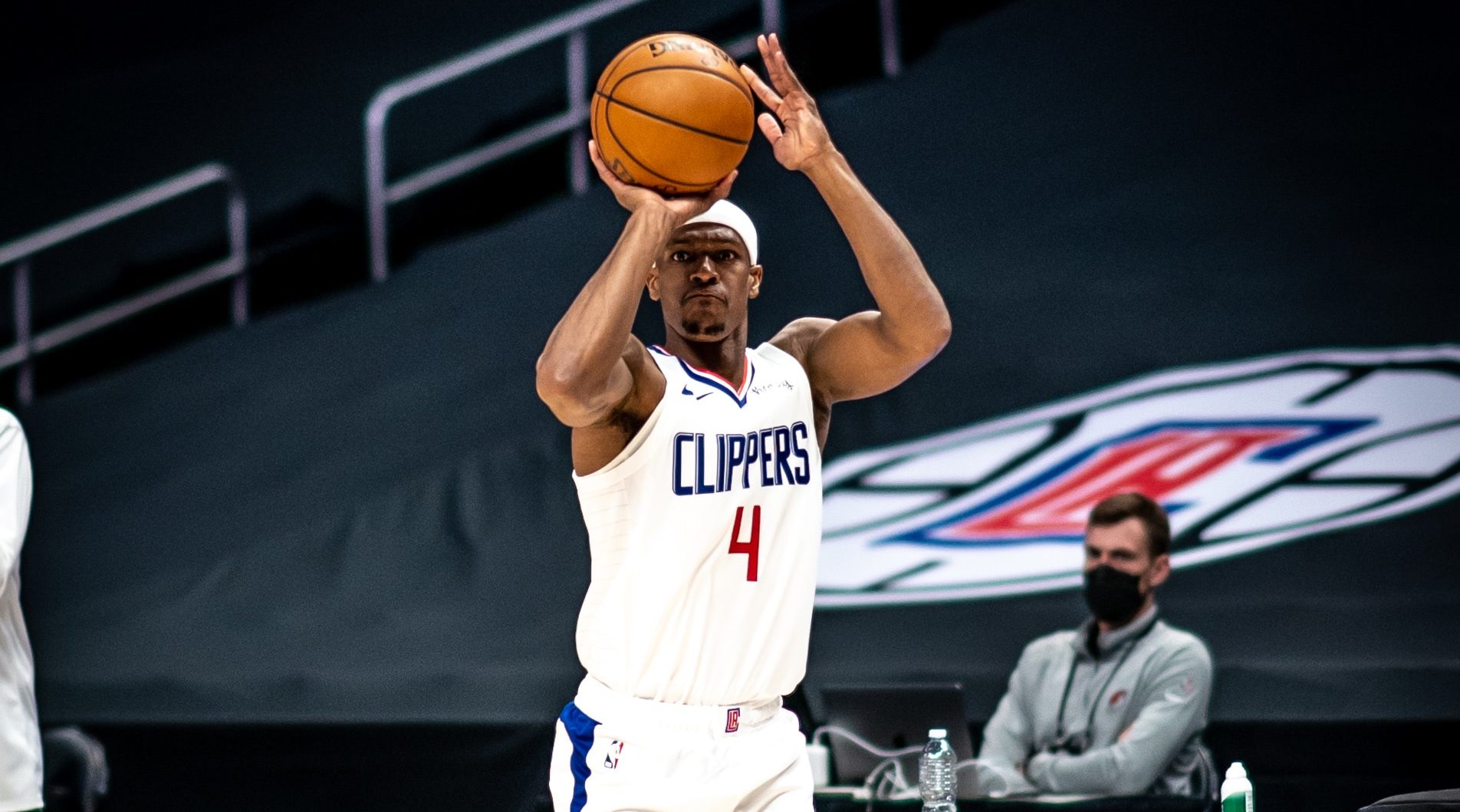 With the Clippers season over, we’re going player-by-player breaking down the season each Clipper had, reviewing our pre-season expectations for them, and considering their future with the team going forward. As we look at the team’s guards this week, after taking a peek at the delightfully unexpected season of Reggie Jackson a couple days ago, we now turn our attention to the awful performance of Rajon Rondo for the Clippers.

Contract Status: Under contract for $7.5 guaranteed in the 2021-2022 season, then will be an unrestricted free agent.

All season long, the most common criticism of the Clippers is that they needed a point guard. Specifically, what most people said is that they needed a pass-first floor general who could get players into spots, run a consistent offense, and direct plays while still possessing some juice as a ballhandler. Enter Rajon Rondo, who was traded for veteran sixth man Lou Williams and two second-round picks after stinking it up for the Hawks. Rondo, one of the premier passers and playmakers of his generation, was supposedly exactly what the Clippers’ needed on the offensive end.

Expectations of Rondo did not stop at being a capable offense-runner, however. Fabled for his long arms and feistiness on defense, Rondo was supposed to be an upgrade over Lou on that end, as well as the likes of Reggie Jackson, a guy capable of bringing it on both sides of the ball in a playoff setting.

Furthermore, Rondo was brought in as a locker room leader, a point guard with championship experience who would hold players, including superstars Kawhi Leonard and Paul George, accountable. His leadership on the court and off was thought of as a necessity considering the “softness” and “lack of grit” of the 2020 Clippers, who of course collapsed in the second round against the Nuggets.

And, most of all, Rondo was supposed to help the Clippers in the playoffs. A franchise that has faded miserably in the postseason over and over again matched with “Playoff Rondo”, with a player who has over the past few years *only* played well in the playoffs? It seemed like a perfect match with a chance for some great redemption.

As could only happen to the Clippers, Rajon Rondo, the guy fabled for postseason greatness and regular season mediocrity (at best), gave the Clippers some excellent regular season play and then was their worst rotation player (by a mile) in the playoffs. In the regular season, Rondo looked exactly as advertised. He pushed the pace, played solid defense, was praised for his leadership, and made passes that nobody else on the team (or Lou Williams) could make to give guys easy buckets. In short, he was fantastic, and the trade, which had been criticized by many Clippers fans (due to Rondo’s general stinkiness in the last few years or love of Lou or because he didn’t really answer their needs), was praised by all and seen as a potential game-shifting move by the Clippers for the postseason.

The playoffs came, and as far as Rondo was concerned, all seemed well enough. Over the first four games against Dallas he was fine, albeit not quite the “Playoff Rondo” everyone had expected, and gave the Clippers decent minutes off the bench. His play in Game 3, in particular, was a legitimate boost in getting the Clippers a crucial win.

After that, however, he ranged anywhere from awful to regular old bad in the remaining nine games of his playoff appearances. He failed to hit threes, and was frequently hesitant in taking them, giving the opposing defense time to recover. His drives into the lane, which had proved so surprisingly fruitful in the regular season, resulted only in wildly missed shots and fastbreaks the other way. He failed to make the dazzling reads that had entranced fans in the regular season, instead merely bringing the ball up the court, tossing it to Kawhi Leonard or Paul George, and then going to the corner. And, worst of all, he was a negative on defense, offering nothing at the point of attack and getting pushed aside by larger players.

There’s really very little positive to say about Rajon Rondo’s postseason with the Clippers, and considering that the playoffs were the main objective of the season, it’s hard to think of his half season with the Clippers thus far as anything but a massive failure, solid regular season aside. His play hurt all the more considering the mostly solid and sometimes spectacular play of Lou Williams as the Hawks made their own playoff run – watching Lou win the Hawks multiple games against the Sixers and Bucks while Rajon Rondo got DNP-CDs was very, very tough for Clippers’ fans to swallow.

The future of Rajon Rondo with the Clippers is a grim one. If fans had their druthers, he’d have been cut as soon as the playoffs were over. Instead, most will settle for shipping his expiring contract off the team for nearly anything. The team probably doesn’t view him so unfavorably, but considering the phenomenal play of Reggie Jackson and the incredible defensive performance Pat Beverley gave in the Jazz and Suns’ series, it’s hard to see Rondo as anything other than the 3rd best point guard on the roster. And, considering that the Clippers are hopefully going to get younger down the roster, it doesn’t leave much room for Rondo at all. Maybe the Clippers value the leadership of Rondo, or think he can be better next year. But I’d lean towards them trading him and cutting their losses. He’s 35, and looked very washed in the playoffs. He might start next season on the Clippers, but I’d be shocked if he finished it on the team.