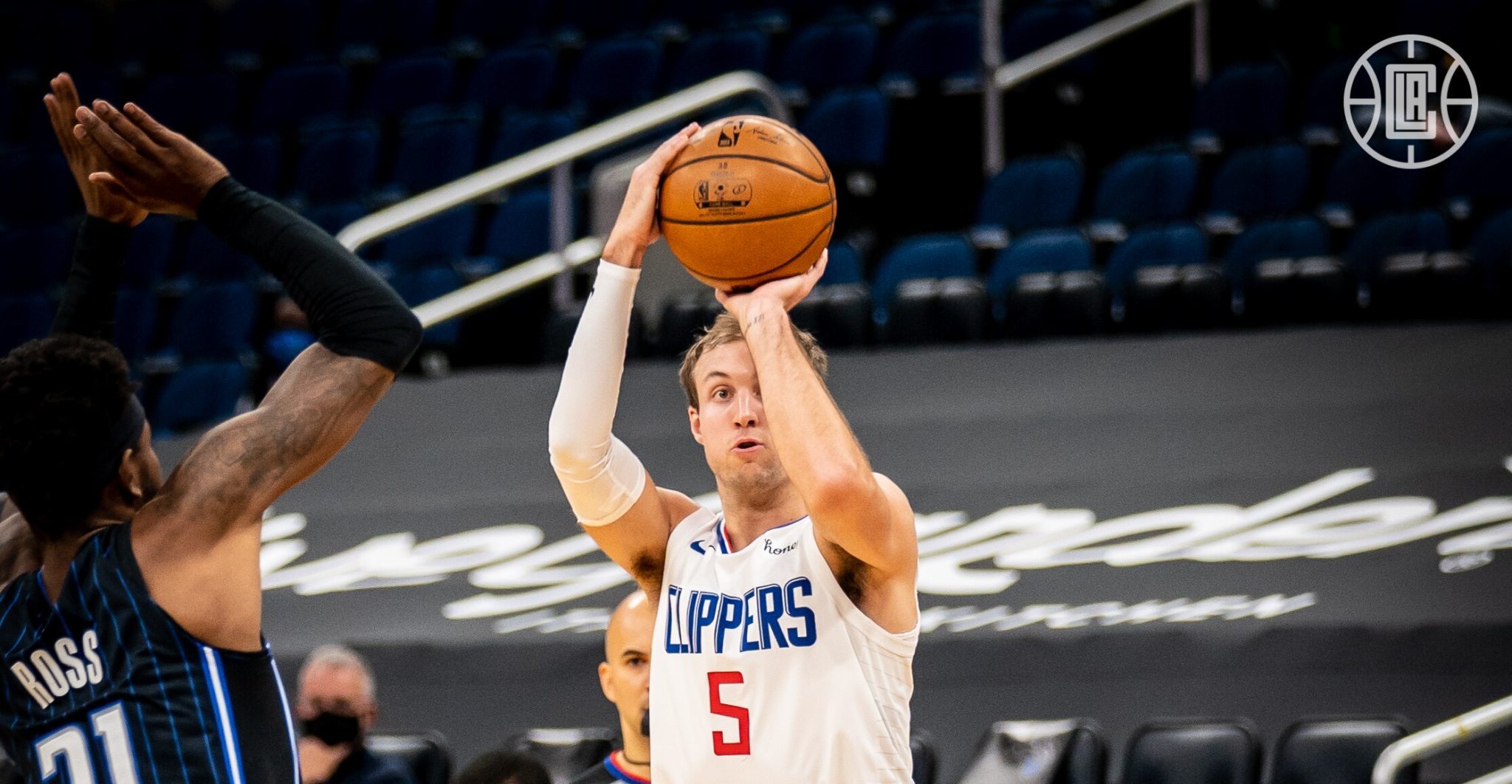 Contract Status: Luke has just finished the final year of his rookie contract —one that paid him just north of $5.2 million throughout the 2020/21 season. In 2021/22, he’ll enter the first year of his four-year contract extension that he signed last offseason after being acquired by the Clippers via trade, which will net him just over $12.7 million next season.

The Clippers’ trade for Luke Kennard during the 2020 NBA Draft was both unexpected and sudden — typical of the front office. The move, however, was met with mixed reviews. Kennard figured to be at least an upgrade in skill and production over Landry Shamet, who’d underwhelmed during his sophomore season with the Clippers. Also, expectations were that he’d provide the team some needed ball-handling and playmaking abilities from the backup guard position to aid the Clippers’ second unit and occasionally provide alongside the starters, things that 2020 Clippers lacked aside from Lou Williams.

A breakout third season in Detroit saw Kennard’s efficient 15.8-point, 4.1-assist season cut short due to a knee injury. Additionally, his across-the-board improvements as a lead guard prompted Dwane Casey and the Detroit Pistons to experiment with Luke as a point guard in their offseason workout program while preparing for the upcoming 2020/21 season. If you combine the progressions from season three with the lead guard experimentation, the Clippers figured to have a younger, long-term replacement for Lou as the trade-discussed veteran entered the final year of his contract.

Luke signed a four-year contract extension with the Clippers worth up to $64 million before the league’s December 22nd start. The move seemed to signal that Kennard would likely have every opportunity to be a pivotal contributor to the team as early as the upcoming season. The unfortunate reality, though, was that he never became that key contributor.

Kennard began the season often entering games as the first or second player off the bench, allowing him to overlap with some of the other starters while also playing with the reserves. The returns were mixed. With the starters, Kennard was mostly impactful as solely a spot-up shooter, and his pick-and-roll efforts as the ball-handler often left him stuck pivoting in the paint without a plan. Things looked even funkier for Luke while he struggled in an early-season, misfit, three-guard bench lineup that also relegated him to primarily a catch-and-shoot role, as Reggie Jackson and Lou Williams did a bulk of the ball-dominating. Through the first couple months of the season, he didn’t have much impact on games outside of making threes and was often invisible in the outings in which he was differential and unaggressive — a knock on him stemming from his Detroit days. So by February, Kennard found himself out of Ty Lue’s rotation as Lou and Reggie, amongst others, had outperformed him.

Lou Will eventually left in a trade for Rajon Rondo, and the Clippers turned to Reggie and Terance Mann to fill the void instead of Luke, the presumed replacement. Luke found his fit eventually in a different — and probably more suitable — role as somewhat of a “break glass in case of emergency” sparkplug. Most fans believe that the specific turning point of the Clippers’ season was when Kennard’s 20 points on 8-8 shooting led L.A. back from a 22-point second-half deficit to overtake the Atlanta Hawks. From there, he strung together more than a handful of similarly fun scoring performances — the 21-point Milwaukee game, the 28-point game against Memphis in which almost all the starters rested, and the 17-point game on his and Reggie’s first return to Detroit. He’d become an enjoyable story after being hugely disappointing for the better part of the season.

Despite the better finish to the regular season, the postseason came, and Kennard was initially an afterthought. After playing just four minutes through the first five playoff games, he seized an opportunity when it arose towards the end of the Dallas Series as his scoring and spacing was a welcomed addition in Game 7 especially. Luke carved out a spot in the rotation for the rest of the playoff run and appeared in each of the remaining 12 playoff games, with shot-making being his main contribution to the game. Though he never had any game-changing impact, he was a valuable rotational player when things were going right.

Luke’s future with the Clippers is complicated to predict. On the one hand, regardless of how frequently or infrequently he plays — as a 33-minute per-game player on a bad team or a 20-minute per-game contributor to a contender — Luke has proven throughout his career that his shooting is legitimate. He’s shot over 39 percent from three during all four seasons in the league, including 44.6 percent as a Clipper. But the Clippers don’t necessarily need more shooting. Of all of their regular-rotation guys, only Serge Ibaka and Ivica Zubac shot under 39 percent from beyond the arc. Therefore, Luke could be expendable from the Clippers’ point of view. His proven shooting and, more importantly, decent postseason showing may have made his contract slightly more tradeable should the L.A. look to package away pieces for a more immediately impactful return.

However, as things currently stand, I’d expect Kennard to play a similar role to the ones he did down the stretch of both the regular season and the playoffs. Speaking optimistically, a second season in the Clippers’ system could equate to more comfort and a better understanding of his fit, and another season removed from the 2020 knee injury could do good for his confidence going forward — both potentially creating pathways to more minutes. A lot depends on what the roster looks like next season, though. Considering that PG, Kawhi, Pat, Mann, and Reggie return next season to make up the Clippers’ wing and guard depth — it’s hard to imagine Kennard being more deserving of playing time than any of those players.