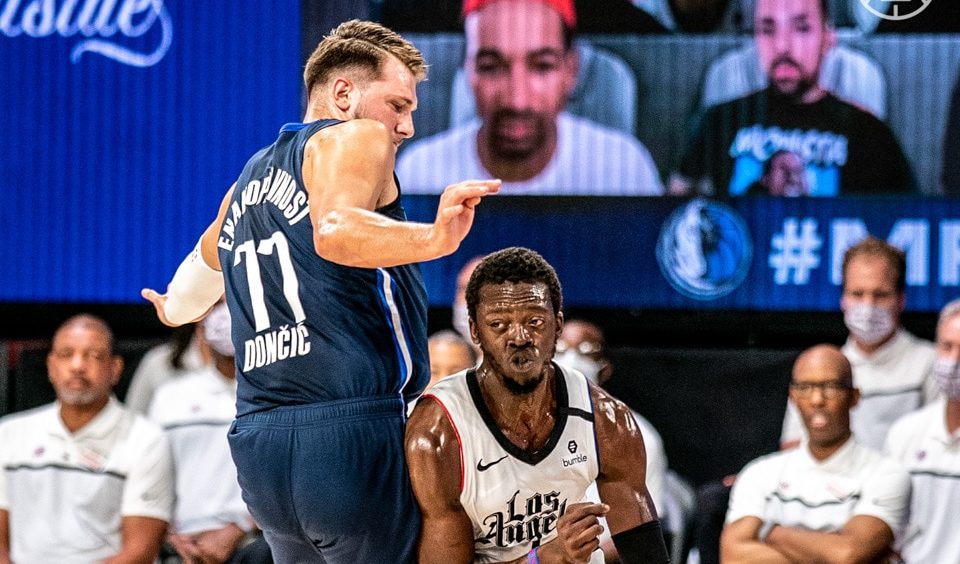 When the Clippers signed Reggie Jackson off the waiver wire, the expectations were that he’d take over the backup point guard role on the Clippers, and fill in as a spot starter for the inevitable Pat Beverley absences. While he was overpaid and frequently disappointing on the Pistons, he’d still been (mostly) a starter for around half a decade, making him a seemingly overqualified backup.

While Jackson’s predilections for sloppy play and poor defense were known, the thought was that a lesser role would enable Jackson to focus on scoring and limit his need to create for others. This would make him another scoring threat off an already potent Clippers bench, and allow him to play at least limited playoff minutes.

The contrasting expectation was that almost no waiver wire players ever truly help playoff teams, and that Jackson would be no different. While talented, he’s had issues with role and decision-making his whole career, and there wasn’t much evidence that he would be able to adjust on the Clippers.

Jackson’s Clipper tenure started off great. In the nine games he played before the Covid-19 shutdown in March, the Clippers went 7-2, and looked better than they had all season. While Jackson wasn’t the sole (or primary) cause of this run, he was legitimately a key piece on the Clippers team at that time. His numbers weren’t incredible, but he provided efficient scoring, helped take the playmaking and ball-handling load off of Lou Williams’ shoulders, and created a lot of dribble penetration that therefore led to ball movement. All was well.

Until it wasn’t. The first few games of the bubble were fine, but when Pat Beverley had to leave Orlando to attend to a personal matter, Jackson was pressed into starting duties, and it was clear how overmatched he was. The only thing he was successful at in the starting lineup was hitting spot up threes. His defense was poor, his decision-making on offense was worse, and he made some truly unforced turnovers at the worst moments. Clippers fans, who had warmed up to Jackson at the expense of the slumping Landry Shamet, quickly flipped their tune, and were soon calling for more minutes for the younger player.

However, while Jackson’s primary utility might have been as a guy to soak up regular season minutes, he was pressed into major duty in the playoffs after Beverley got injured in Game 1 against the Mavericks. He started Game 2, and while his numbers were fine, his poor defense saw him demoted for the rest of the series. That didn’t mean his minutes were reduced, though, as Jackson played over 20 minutes in Games 4-6. He was scorching from deep in those games, combining to shoot 11/18 from three, a ridiculous percentage given the volume. His performances in Games 4 and 5 were mostly fine, but Doc Rivers sticking him in for a final defensive possession in Game 4 (which resulted in Doncic burying a game-winning three against him) was a portent of poor coaching decisions to come.

Pat Beverley returned against the Nuggets, and Jackson’s role was slashed. After being a virtual non-entity in Games 1 and 2, he was reduced to a handful of minutes in Game 3. With the Clippers clearly in a dogfight, Doc Rivers cut Jackson out of the minutes, giving him just spot minutes in Games 4 and 6 and not playing him in Game 5 at all. In desperation, Doc turned to Jackson in Game 7, but he contributed nothing on offense while getting torched on defense, closing with a -9 in just over four minutes of playing time. And thus, Reggie’s season ended.

It’s honestly kind of difficult to predict what Jackson’s future with the Clippers might be. On one hand, he gave them some legitimately good regular season minutes, and was one of the few Clippers to actually hit threes in the postseason. On the other hand, he displayed that he’s not someone that can truly be counted on in a real postseason role, much less as a replacement starter. That makes re-signing him a very, very low priority.

Ultimately, if the Clippers do keep Beverley (which they probably will), they need a backup who is capable of starting or playing big minutes due to Beverley’s proclivity for injuries and foul trouble. Jackson is not that guy, and considering that other teams could offer him more money or a bigger role, he might want to leave anyway. Jackson is very close friends with Paul George (one of the reasons that he came to the Clippers), yet Kawhi Leonard showed frustration with his decision-making several times, and Kawhi’s opinion has to matter to the Clippers more than George’s.

Now, if either Lou Williams or Landry Shamet is traded, Reggie might be more likely to come back. His defense alongside those guys was untenable, and since Lou and Landry are better players, Reggie’s minutes were therefore more unbearable. If there are fewer poor backcourt defenders on the Clippers next season, it might be easier to carry Jackson. That said, his offensive decision-making might have been more frustrating, and removing Lou from the equation would put more onus on Jackson to create.

All in all, it seems unlikely that Reggie will be the Clippers’ primary backup point guard next year. If he’s not, he would be very overqualified for a third point guard role, and would certainly get more minutes elsewhere. That’s not even factoring in the presence of Terrance Mann, who the Clippers are grooming as a point guard, and who would be blocked from all minutes if another backup point guard joins Jackson and Mann on the roster. That makes me think that Jackson will probably not be on the Clippers next season. Or maybe it’s just wishful thinking.