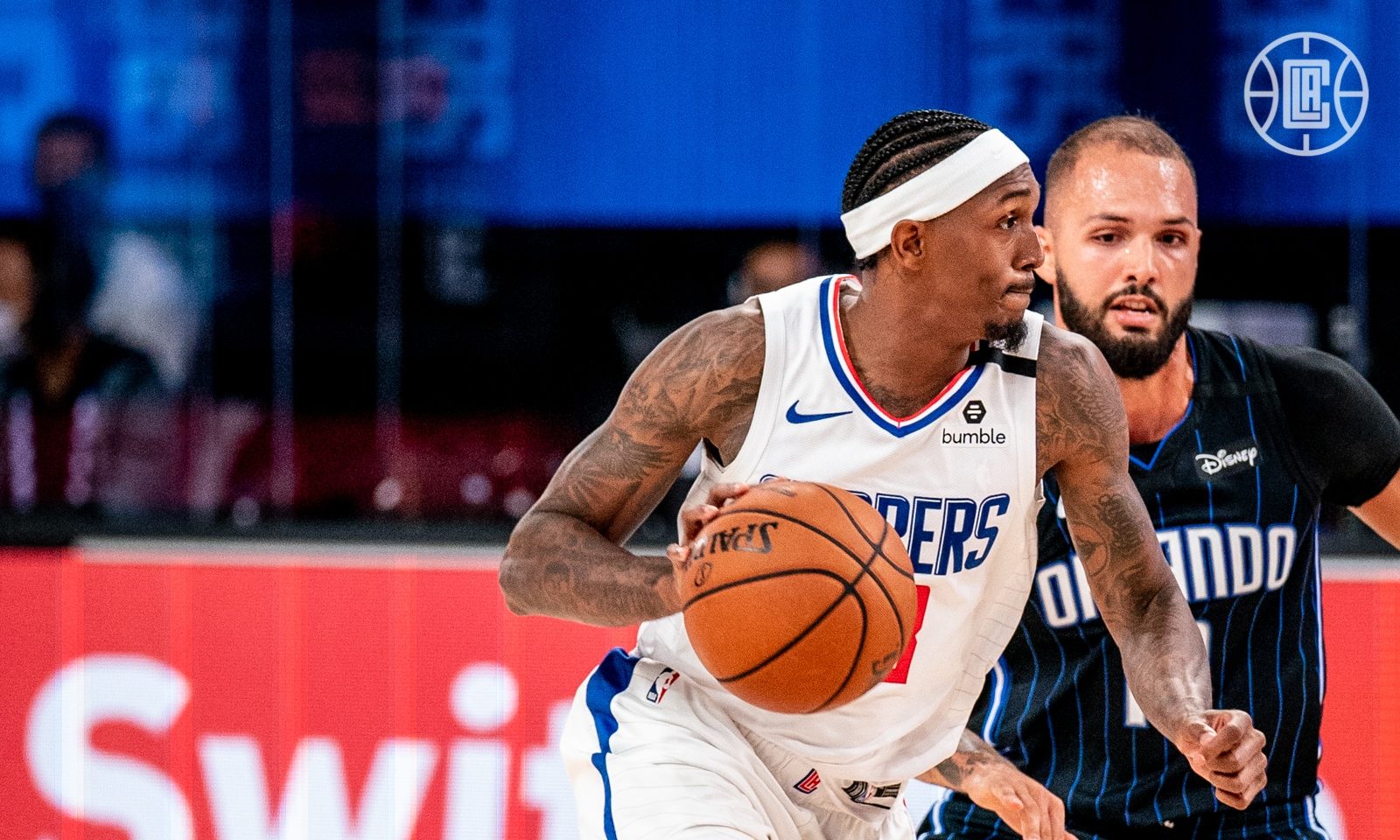 Now that the Clippers’ 2020 season has reached its disappointing end, 213Hoops will work through the roster player-by-player for our “Exit Interview” series. Today’s exit interview features sixth man Lou Williams.

Contract Status: Lou has an expiring contract worth $8,000,000. The Clippers would have his bird rights to re-sign him in free agency next summer.

It’s no secret what Williams is capable of: he’s a professional scorer. What is maybe a better-kept secret is his ability to create for others. Far from simply a second-unit chucker, Williams is a quality pick-and-roll passer who can not only hit the screener with a pocket pass but also torn the corner to attack downhill and find teammates when the help comes. It’s no mistake that this was his third straight season leading the team in assists–though perhaps he shouldn’t be the best distributor on a team with championship aspirations.

Defensively, Williams is a net negative, but this Clippers squad had the luxury of sufficient star power and depth where they didn’t need Williams on the floor despite his offensive firepower. For stretches against 2nd units, he’s fine, and the Clippers have enough elite defenders to hide him in a lot of situations. Closing games, Williams provides a huge boost to the team’s offense but the team also had the defensive-minded Patrick Beverley and the sharp-shooting Landry Shamet for situational use at guard–a wealth of options for Doc Rivers.

Lou has been remarkably consistent over his three years as a Clipper, and 2020 was no different. His scoring production dipped slightly, but understandably as the arrival of Paul George and Kawhi Leonard caused his usage rate to decrease notably. Williams also shot more spot up threes this year than last, hitting a stellar 40.9%. He was the Clippers’ best distributor all season and brought them an undeniable sharpness in facilitation that was lacking when he was off the floor.

In the playoffs, Lou struggled with the one thing he’s best at: scoring. Against the Denver Nuggets, Williams averaged just 10 points per game while shooting a horrendous 35.4% from the field and just 14.8% from deep. It’s hard to assess exactly why that happened. Lou–and players of his archetype–tend to struggle in the playoffs against better, lengthier defenses, but Lou managed to get off a lot of good looks against the Nuggets. In the regular season, he shot 42% on wide-open threes, getting 1.3 attempts per game. In 7 games against Denver, he was 0-6. I mentioned above that Lou shot 40.9% on catch-and-shoot threes in the regular season; against Denver, he hit 2-14 for 14%. As the series wore on, he even missed layups. “Lou’s efficiency drops off in the playoffs” doesn’t explain what we saw this year, and there should be hope that whatever happened–some combination of a cold stretch, a small sample size, and bubble weirdness–was flukey.

The bigger problem with Williams this year was his fit with the Clippers’ other guards. Just as I discussed in the case of Patrick Beverley, the Clippers’ guards are individually good players who don’t quite combine to bring the right combinations of two-way role player production to support their stars. Williams was the team’s second point guard, but with Beverley prone to injuries and foul trouble, Lou isn’t a good fit in the starting lineup where his defensive weaknesses are more exposed and he can’t bring his scoring punch off the bench. Finding a backup point guard who is good enough to fill in as a starter for Pat and has the size and defensive ability to work next to the undersized Lou on the second unit is a tall task–and even if you found that guy, it would be even harder for that lineup to be successful defensively with Landry Shamet bumped over to small forward. Plus, with George and Leonard starting at shooting guard and small forward, would there be enough minutes to keep Beverley, Williams, Shamet, and a quality backup point guard satisfied?

Lou has an expiring deal worth $8M for next season, and he’s turning 34 in a couple of weeks. While nobody plays forever, Lou certainly hasn’t showed any signs of slowing down and has played some of his best basketball in his 30s as a Clipper. It’s perfectly reasonable to expect him to play at a high level for at least 2-3 more years.

But will that be as a Clipper? Williams has said that he wants to finish his career here, and there’s a chance he wouldn’t play for another team if LA traded him–he has already admitted that when Houston dealt him to the Clippers in 2017, he nearly retired instead of starting a new chapter. A quality player, a fan favorite, and a locker room leader, Williams would be sorely missed if the Clippers dealt him.

As I said above, though, upgrading the Clippers’ guard rotation is going to be tricky. The fit of the current trio leaves some of the team’s weaknesses exposed, but each is a quality individual player and finding upgrades would be hard. Of the three, Williams might make the most sense to trade. Beverley’s hefty two-year contract likely doesn’t have much return value, and his departure would leave the Clippers without a point guard. Shamet, on the other hand, is just 23 years old and has two cheap years left on his rookie deal before entering restricted free agency. The Clippers might be willing to part with their best prospect if they swing for a big talent upgrade, but not maximizing his value would be a mistake.

Williams’ $8M expiring for a valuable bench scorer would likely net the Clippers something positive in return–perhaps a late first-round pick or a different role player. The question, though, is if a deal exists that would actually make the Clippers better. Otherwise, Lou Williams is set to be a big contributor to the Clippers again next year, even if the team doesn’t find an answer to their point guard concerns.