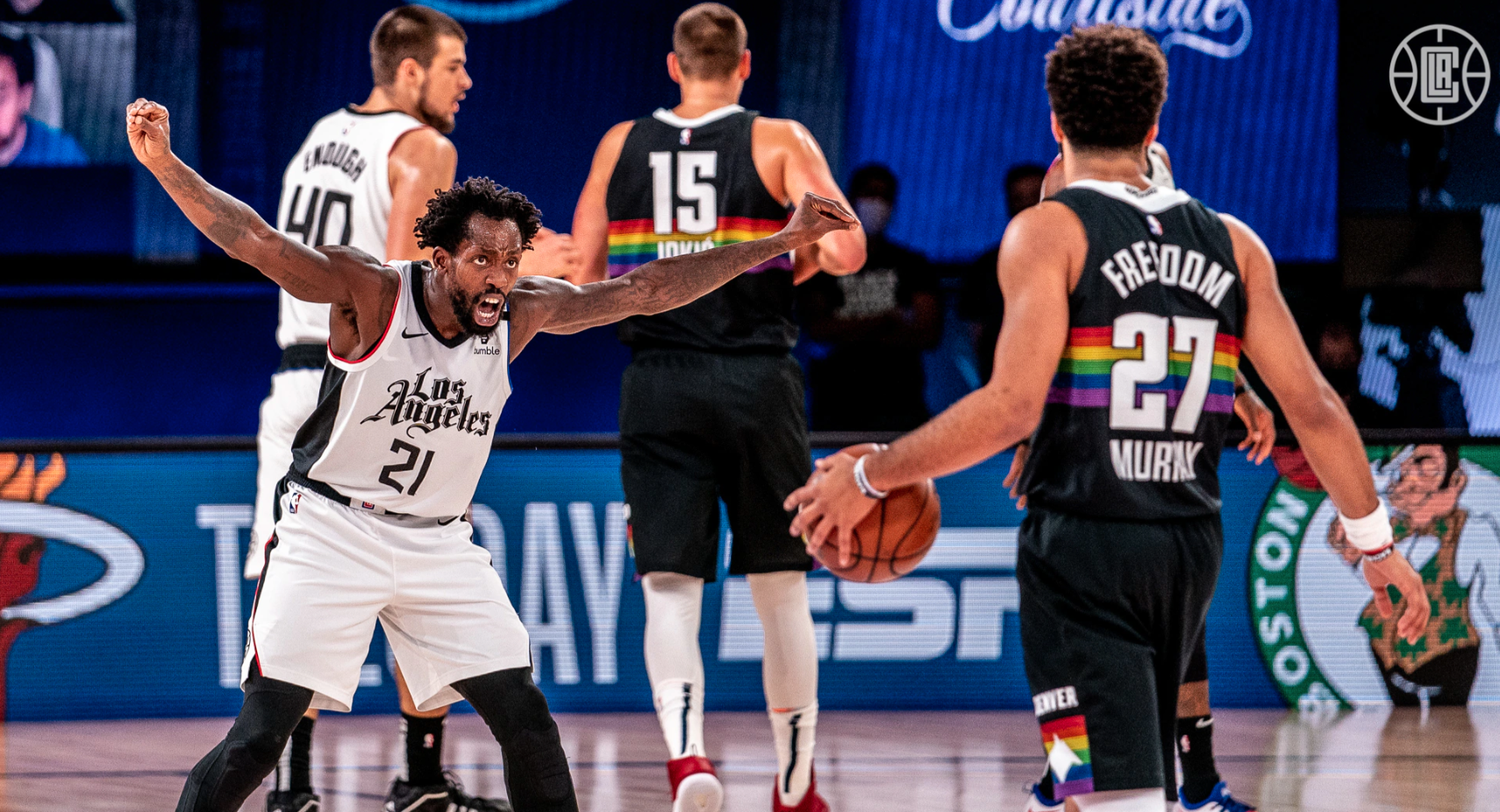 For a Clippers team lacking a true third star, Patrick Beverley came into the season as the Clippers third most important player. Their starting–and only–point guard, he was responsible for running the team’s offense (though most of the creation would happen at the hands of Paul George and Kawhi Leonard on the wings), serving as a point of attack defender, and being an emotional leader to set the tone on a nightly basis.

The knocks on Beverley are his limitations offensively and his inconsistent availability. He’s always been a role player on offense, averaging between 10-12 points and 4-5 assists per 36 minutes. But he’s steady–unlike higher-usage guards like Clippers mid-season acquisition Reggie Jackson, Beverley avoids turnovers and low-efficiency possessions, making good decisions and keeping the trains running on time. As long as you can get the primary source of your offense elsewhere, Pat is going to help things go smoothly.

The availability question is a bit trickier. Despite a career-best 78 appearances in 2018-19, Beverley has an established track record of missing big chunks of the season. He played just 11 games in 2017-18, his first season in LA, but even going back through his four full seasons in Houston, he averaged just 62.5 games per year. If one of the key questions surrounding Beverley going into the season was whether or not he was good enough to be the Clippers’ point guard, the larger was whether or not Beverley would stay on the court enough for it to matter how good he was.

It might be easy to say that Beverley’s season ended up being a bit of disappointment, but the areas where he helped and hurt the Clippers were largely predictable. The team posted stellar advanced metrics with Pat on the court, and the intermittent offensive execution woes that plagued them all year–from dry spells in the early weeks of the season to playoff collapses–probably had more to do with the team’s lack of cohesion offensively than Beverley’s individual skillset.

Beyond health concerns, Beverley often limits his own impact by getting into foul trouble. In his 8 playoff appearances, he averaged nearly 7 fouls per 36 minutes of play, and took himself off the court in second-round losses where the Clippers needed him by having 5 fouls in just 15 minutes in their game 2 loss and fouling out in 17 minutes of play in game 6. Everyone gets in foul trouble sometimes, but as Beverley has aged and his defensive effectiveness has waned (despite being on the All-Defense 2nd team this year), he’s attempted to compensate for it by scaling up his extra-curricular activity. For a player who is known for his defense, Beverley is a significantly better decision-maker on offense than defense, and he often picks up extra fouls that send him to the bench in situations where he should clearly know better.

Beverley just signed a 3-year deal with the Clippers last summer, and he’s probably pretty likely to be back as the team’s starting point guard heading into next season. At 32 years old and with two hefty seasons left on his contract, he isn’t a super attractive trade piece, so his value on the Clippers is likely larger than his value would be in a trade.

Making the guard rotation work around Pat, though, is a trickier task. The Clippers need to find a more stable backup point guard than they had last season to provide insurance for Beverley’s availability issues–but finding a player who can keep the starters on track in Beverley’s stead and also play alongside Lou Williams and Landry Shamet in an undersized, poor defensive second unit may prove impossible.

If the Clippers enter next season with those three as their primary guards again, they’ll have the same weaknesses: Beverley’s availability, Williams’ defense, particularly in tandem with Shamet, and the lack of a true pass-first point guard. But those three also have major strengths, and shaking up the rotation without a clear upgrade could ultimately make the team worse.

If the Clippers choose to pursue a major upgrade at guard, Beverley’s large salary likely becomes the centerpiece of a move–with Williams’ $8M expiring and the young Shamet also possible inclusions. If the Clippers can find a way to land a player like Chris Paul (who has been linked to the Knicks and Bucks), Jrue Holiday, or Ricky Rubio, it’s likely that Beverley would be the financial centerpiece of such a trade. Will the Clippers be able to swing such a deal? We’ll have to wait and see.