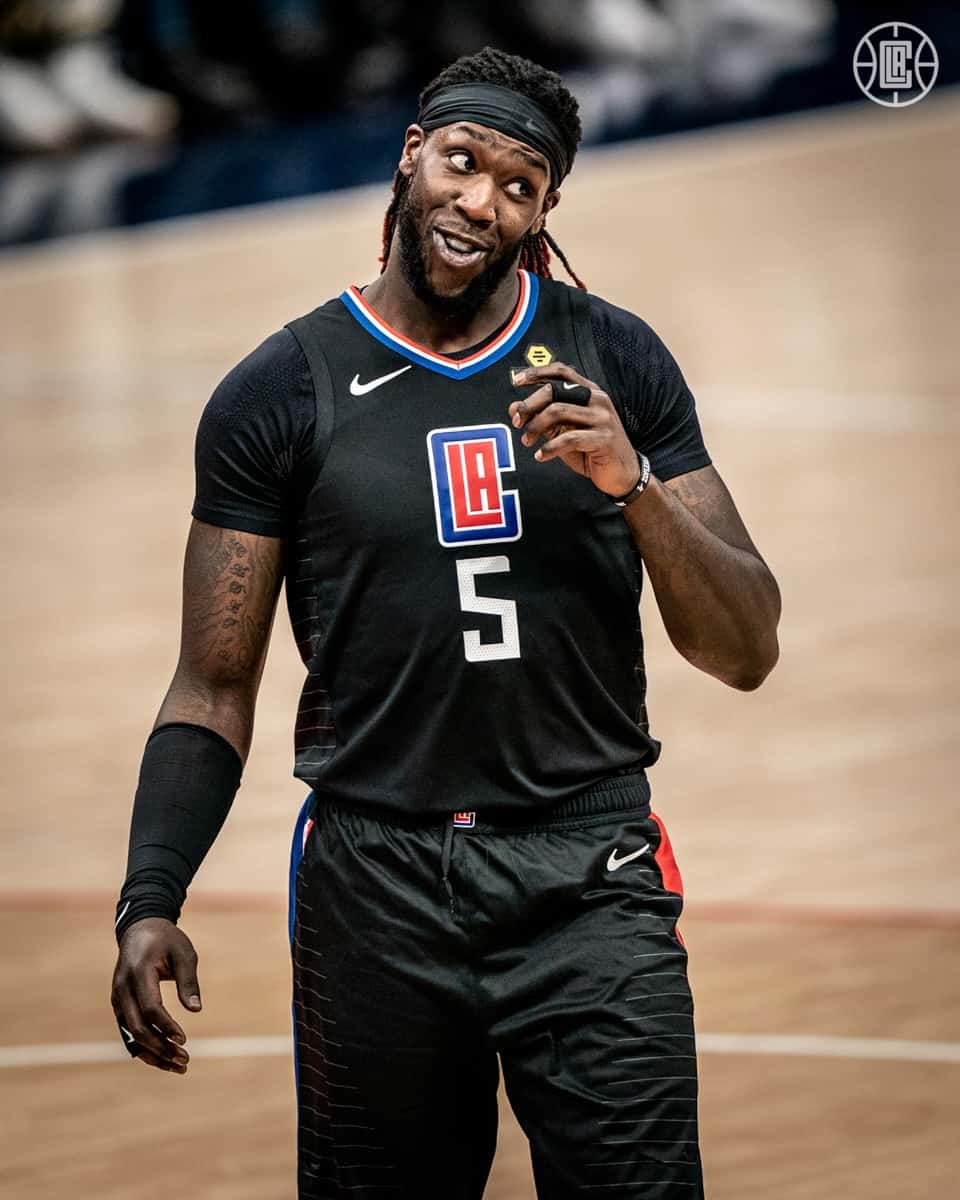 Key Stats: Averaging career-highs in scoring (18.6) and rebounding (7.1) despite averaging less than 28 minutes per game off the bench. He’s also hitting a career-best 65.8% of his free throws.

Contract Status: On the books for $6 million this season in the final year of his contract.

Remember when Montrezl Harrell was a throw-in to the Chris Paul trade? He has quickly grown into one of the game’s most reliable offensive bench options during his three years with the Clippers, and he came into the season with lofty expectations after averaging career-highs in scoring and rebounding a season ago.

Some expected his scoring to take a hit with Paul George and Kawhi Leonard coming into the fold. Harrell would still be leaned upon to lead the second unit with Lou Williams, but there may not have been as many shots to go around.

Even so, Montrezl would still be leaned upon as a source of interior scoring. There aren’t many teams that prioritize having players bang down on the block in search of buckets, but that’s exactly what Harrell is tasked with doing.

Offensively, Harrell has been better than ever. His shooting percentage has dipped slightly on a career-high 12.9 attempts per game, but he’s still shooting 58% with the vast majority of his tries coming in the paint.

He’s not the typical lumbering big most think of when they think of post players. He’s only 6’7″, and he’s able to use his quickness to his advantage, especially when teams try to hide slow-footed defenders on him. Harrell has an array of nifty flicks and finishes he’s able to use with efficiency around the rim, too.

He has quickly formed a partnership with Lou Williams to form the league’s most potent bench tandem. They’ve mastered the pick-and-roll, and Montrezl is obviously a big part of the Clippers leading the league in bench scoring. The reserves have contributed over 51 points per game on the year.

While there’s no questioning Harrell’s offensive capabilities, he has plenty of shortcomings on the other side of the floor. He’s only 6’7″, which makes him a tough sell defensively against some of the game’s more talented offensive centers. Harrell is a solid rebounder for his size, but his defensive shortcomings could prove problematic against bigger teams like the Lakers once the playoffs roll around.

Harrell often gets the nod in crunch time over Ivica Zubac, which has been one of the few sources of frustration for some fans this season. Montrezl fits well offensively with the closing lineup, but Doc Rivers’ tendency to run him into the ground means he’s often gassed in crunch time.

Harrell will be an unrestricted free agent this offseason, and it should be interesting to see what his market is. He’s one of the more unique players in the league nowadays, especially with the way teams prioritize outside shooting over guys that do most of their damage on the block.

Harrell and Marcus Morris will be the Clippers’ most noteworthy free agents this offseason. The team obviously has title aspirations during the Kawhi/PG-13 window, so it’s no surprise that Jovan Buha reported back in February that the Clips are looking to bring both players back.

Neither will come cheap, but the Clippers’ depth is one of their biggest assets. It’s not like the team has cap space to spend on adding any other big names, so keeping the team together makes sense. A team could always swoop in and lure Harrell away with the promises of a more prominent role, but I have no doubt LAC will do everything they can to keep the core intact.