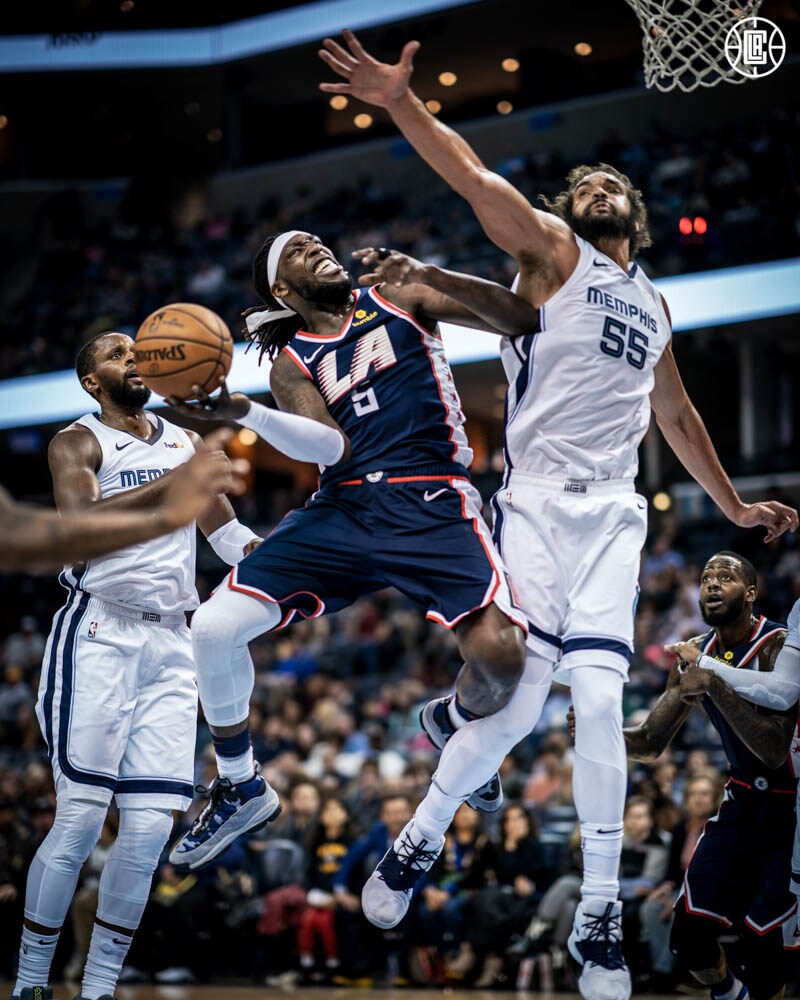 By michelle uzetaJune 26, 2020No Comments

Noah’s 10-day contract with the Clippers expired on June 23. 2020.  The Clippers are expected to sign him for the remainder of the season, but nothing has been inked yet.  The NBA’s active transaction period ends on June 30, 2020, so expect a move before then.

Noah had been on an extended 10-day contract with the Clippers since March 9, 2020, two days before the NBA season was postponed due to the COVID-19 pandemic.  Noah has yet to suit up for Doc and company, in fact, he has not played in an NBA game since March 2019.  (Featured photo is from the Clippers-Grizzles match up on February 22, 2019.)

Despite the long hiatus from the hardwood, Noah is expected to provide the Clippers with additional depth and flexibility at the center position. The 35-year old veteran was solid coming off the bench for the Memphis Grizzlies last season, averaging 7.1 points, 5.7 rebounds, 2.1 assists and 1.3 blocks in 16.5 minutes per game.  If the Clippers can get that kind of production out of Joakim coming off the bench, even in occasional outings, that would be considered a big win.

Noah is a former Defensive Player of the Year and a three-time selection to the All-Defensive First Team. Although his defensive abilities and athleticism are not what they once were, Noah still has something of benefit to offer the Clippers. He’s an additional body to throw at the larger line-ups and more challenging bigs in the league (cough, Lakers, cough), and can serve as a mentor to the younger and arguably less savvy Ivica Zubac.

Noah also has years of playoff experience, a “never quit” attitude and the intensity and hustle that has become the Clippers’ calling card.  His personality is, on paper, a great fit for the “streetlights, not spotlights” LA team, and he has proven himself to be a low-ego teammate who accepts the roles he is given.

Noah’s weaknesses include his age, and injury history. As a mid-thirties baller, his days are naturally limited, and has not been healthy enough to play more than 50 games in a season since 2014-2015 due to a potpourri of injuries.  Difficult to say at this juncture just where Noah fits in the current Clippers rotation, but having a tested veteran big in the locker room and on the bench come playoffs isn’t a bad thing.