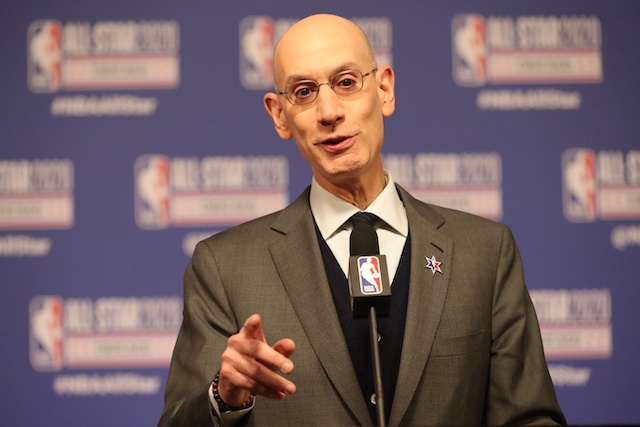 The NBA Season Will Return in Late July with 22 Teams

Adrian Wojnarowski of ESPN and Shams Charania of the Athletic today broke the news of the NBA’s plan of return to action. Essentially, 22 teams will resume play sometime in late July in Orlando after training camps earlier in the month, with each team playing eight regular season games before the playoffs begin. These 22 will comprise 13 teams from the Western Conference and 9 from the Eastern, with the Blazers, Spurs, Pelicans, Kings, Suns, and Wizards joining the 16 teams currently in the playoffs.

Once those eight games have been played, the playoffs will unfold as usual, with one exception. If the 8 seed is less than four games ahead of the 9 seed, those two teams will enter a play-in for the 8seed, with the 9 seed facing single-elimination and the 8 seed facing double-elimination. The other 14 top teams, however, will go into the playoffs as usual, with the regular conference format in alignment.

The Clippers, of course, are snugly in the top half of the Western Conference, and if the schedule remains aligned with what the regular season would have been, they should have a fairly easy road of it going forward. Therefore, they shouldn’t have to worry about the new playoff rules at all. As long as they don’t collapse during the last eight games, they should have “homecourt” in the first round of the playoffs at least.

Homecourt, of course, will be tricky, as all games will be played at the same facilities at Disney in Orlando. Various ideas have been floated regarding homecourt advantage (shipping floors up, extra coaching challenges, possessions to start the 2nd, 3rd, and 4th quarters), but it remains unclear how the NBA will handle it. More details will come out tomorrow when the NBA actually votes on this position, but right now, this general plan seems to be what will happen. Stay tuned for more information on Twitter and on 213Hoops tomorrow.