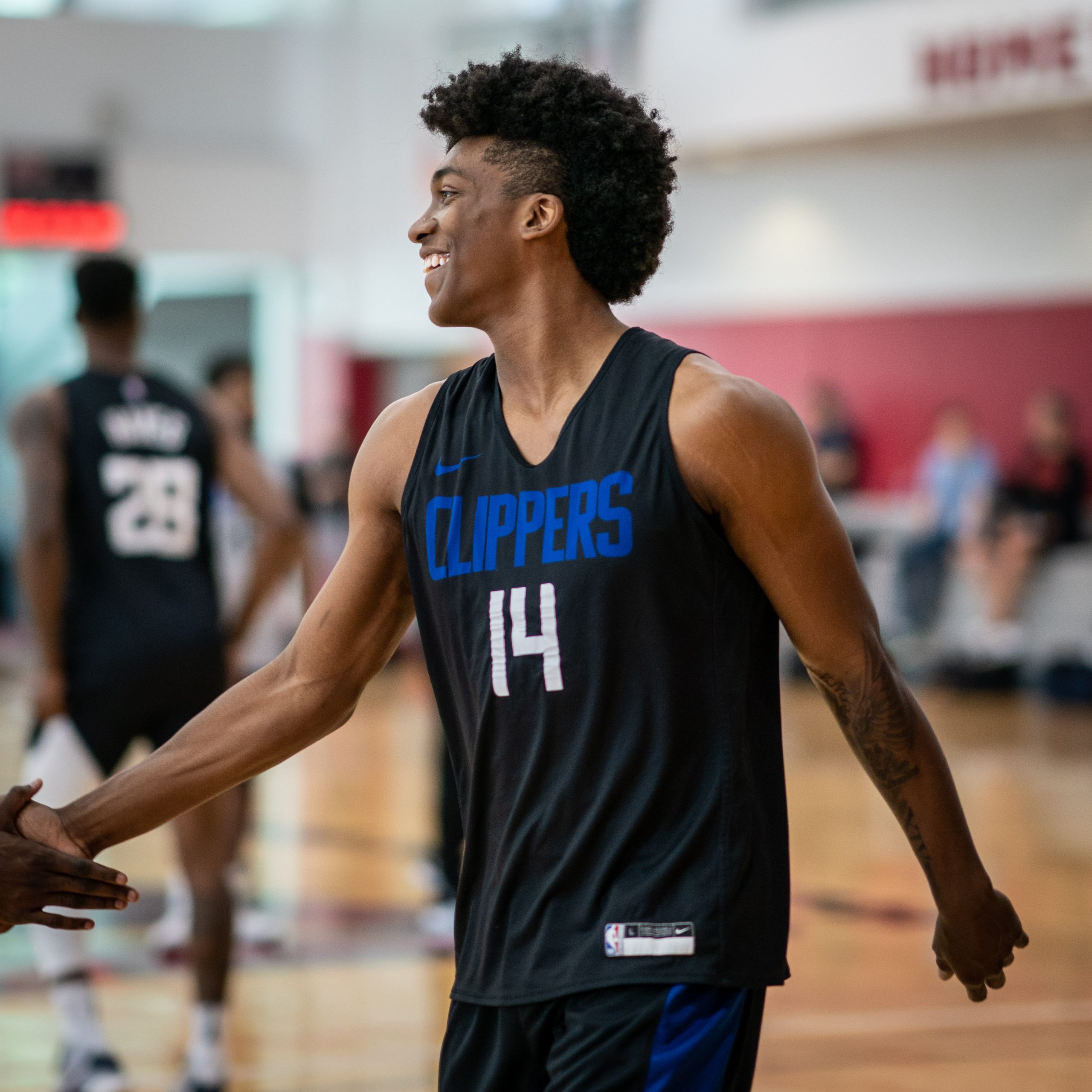 By Robert FlomJune 4, 2020No Comments

Contract Status: In the first year of a 4 year, $6.2M with the third year guaranteed on August 2021 and the 4th as a team option.

Perhaps no player had more of a variance of opinion on expectations for this season than Terance Mann. As a second-round draft pick, even a highly-praised one, he wasn’t initially projected to have much of a role on a superstar-driven team with championship expectations. However, that changed after a dazzling Summer League performance where he secured a triple-double and ran the Clippers’ offense with aplomb as a newly minted point guard. Even with the Summer League caveat, Mann’s smarts, instincts, and ability to play both ends seemed to destine him for a real role on the 2020 Clippers. This was only heightened by praise from none other than Jerry West, who spoke on Mann’s abilities and readiness before the season started.

On the other hand, plenty of naysayers noted Doc Rivers’ reluctance to play most rookies (Shai Gilgeous-Alexander being a huge and notable exception) and Mann’s own deficiencies as reasons that he wouldn’t have much an impact after all. On the whole, expectations were that Mann would at some point carve out a place in the rotation and contribute meaningful and helpful minutes in the Clippers’ quest towards a championship.

Those expectations came crashing down in the preseason and early part of the season. Mann’s minutes largely came in garbage time, and when he did play, his lack of three-point shooting and hesitation to score the basketball meant the offense often bogged down when he was at the controls. Most of his playing time (and five of his six starts) came in a stretch from mid-November to mid-December when Paul George, Kawhi Leonard, and Landry Shamet were all banged up to varying degrees, and while he had some nice performances (the Clippers’ blowout against the Hawks comes to mind) he was largely non-impactful.

Derrick Walton Jr. soon supplanted him in the rotation due to his steadiness and shooting ability, leaving Mann sidelined for the next month. When Walton was phased out, Mann’s role grew again, but he only received real minutes in games when the Clippers were resting Kawhi or dealing with other major injuries.

For the season, Mann gave the Clippers some useful minutes and really helped them win a couple games, but looked overmatched or out of his element for much of the season. The flashes were there, and his passing, finishing, and defense all revealed a great deal of promise. But the shooting and lack of offensive firepower just proved limiting.

Despite some of the disappointments that Terance had this season, his future with the Clippers is still bright. The Clippers brass, coaching staff, and players seem to like having him on the team, and have spoken about his potential. Not quite 24 years old, Mann still has plenty of room to grow, and seems to have a solid base on which to build a workable and functional NBA three-point shot. Even if that outside shot never becomes a true weapon, as long as Mann becomes a threat to shoot and rounds out the rest of his game such as playmaking and defense, the little things, rebounding, and finishing will ensure that he’s a valuable rotation player. It seems unlikely that Mann will contribute all that much to the Clippers down the stretch of the 2020 season (especially after surgery on a torn hand ligament in late March), but he’s poised to be a piece of the future in years to come, especially as role players such as Lou Williams, Patrick Beverley, Reggie Jackson, and Rodney McGruder age or depart.