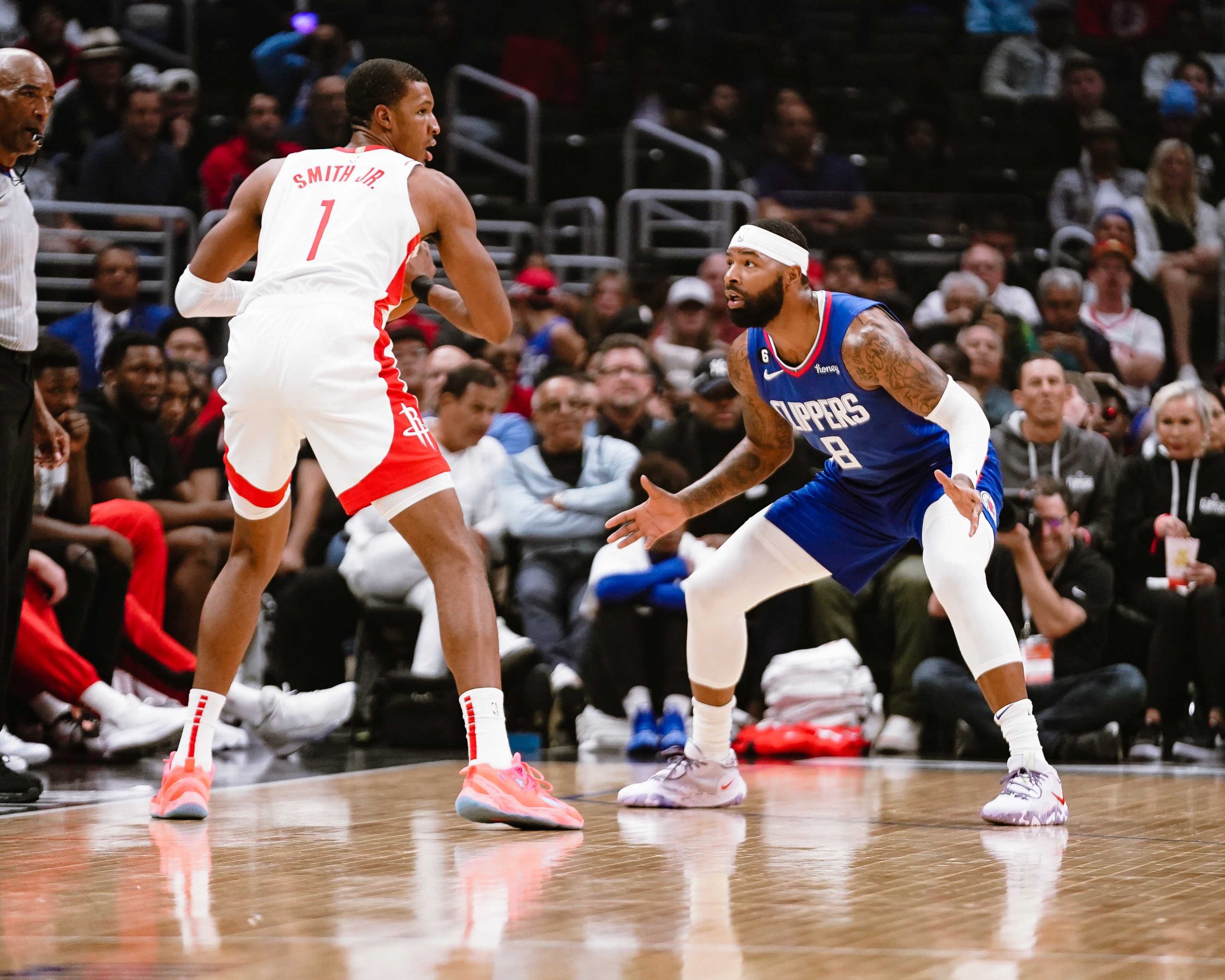 The LA Clippers grabbed a much needed 121-100 win over the lowly Houston Rockets.

At this point in the season, no game is an easy game for the Clippers. Inconsistency is their calling card, so it was tough to know what to expect from the Clippers against the Rockets, a team that is firmly at the bottom of the Western Conference standings.

Through three quarters the Clippers, looked like they have for the majority of this season, with lackluster defense and inconsistent offense. You wouldn’t know the Rockets were the worst team in the West the way they were playing. The Clippers allowed old friend Eric Gordon to get to the basket with ease and Kenyon Martin Jr. to get behind the defense and open for easy dunks.

The Clippers made sure they kept the game close though, behind Kawhi Leonard and especially Terance Mann. Mann has given the team a much needed shot in the arm as the starting point guard, and he knocked down several timely baskets to keep the Clippers within striking distance, including a halfcourt heave to beat the buzzer going into halftime.

Heading into the fourth quarter, the Clippers were hanging on to a 91-90 lead. In a few of their recent losses, the fourth quarter hadn’t been kind to the Clippers. It has often been a let down after inspired third quarter performances. But not this time. The Clippers bench was actually the catalyst for grabbing a double-digit lead as they rattled off a 7-0 run to build a 99-92 cushion over the Rockets, and the Clippers never looked back after that. Norman Powell was big with 10 of his 18 points in the fourth quarter.

Mann led the way with a regular season career-high 31 points. Clippers fans will remember that Mann’s overall career-high is the 39 points he dropped on the Utah Jazz to send them home packing in Game 6 of the 2021 Western Conference Semifinals.

After the game, Mann credited his time playing point guard as a rookie during the 2019-20 season for helping him be able to thrive at the position today.

Leonard added 30 points of his own and he’s looking much more like the five-time All-Star that he is. He moved incredibly well, got to his spots on the court, and buried Houston with an array of offensive moves that they could do nothing about defensively.

Tyronn Lue credited the defense, however, for the major turnaround in the fourth quarter.

“I just thought our physicality, I thought getting to the ball and pick and rolls, that was an emphasis at halftime. They just played too free,” Lue said. “Just paying attention to detail. I thought the second half we had another level of physicality when we got into the basketball, pick and rolls, ices and in drops, fighting over the top. There wasn’t a lot of separation between the guards which puts a lot of pressure on Zu when it happens. Our guards bringing the physicality and getting into the basketball really changed the second half defensively.”

-Sunday marked the first time in the last couple of games that Reggie Jackson was back in the rotation. With John Wall sidelined at least for the next two weeks, Jackson should resume playing time as the backup point guard. He had a decent game, with four points and five assists in 15 minutes, and had some moments when he was clearly frustrated with himself. After the game, Lue sympathized with him, remarking how tough it is get your rhythm back after not playing a while. Jackson can still have a role on this team, and perhaps he shows enough while Wall is out to supplant him in the rotation.

Clippers vs. Hawks: Going Back on the Road