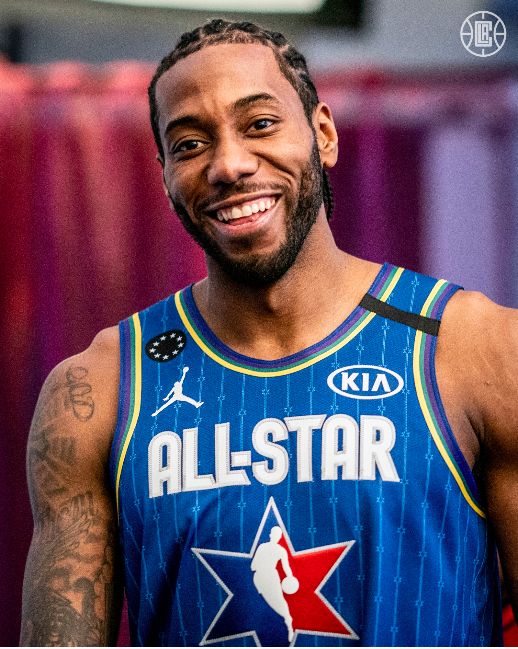 Power Rankings Watch: How Are The Clippers Faring In Week 18?

I had my own version of an All-Star break this weekend, as I went to Mexico for my brothers bachelor party. I am unwell. I learned about Mezcal (like Tequila except better hangovers). When you have been drinking for about three days straight, no matter how well your liver filters out the booze or what you are drinking, you ain’t gonna feel 100%. Today has been slightly brutal.

But as we all know, ball don’t sleep. I ended up watching the All-Star game via Reddit Streams on choppy Mexican wifi while passing around Mezcal and talking mad ish with the mostly Laker fans assembled from my brothers friend group. Twas a fun time. Especially when you factor in the fact that Kawhi Leonard won the games MVP and shot the absolute lights out.

In listening to Bill Simmons’ podcast the day after, he joked that Clipper fans should be mad that we see Kawhi go all out in what is realistically an exhibition game, when he load manages real games. He also said he was “out” on Landry Shamet as a player of impact for the Clippers. The disrespect is real. Despite being a longtime season ticket holder, Bill seems to get this team wrong a lot. Especially this year.

What Landry has brought to the table the past month and a half has been high level shooting, impressive ball handling and a lack of fear. You can make the argument that while Paul George (then Patrick Beverley) was out, he was the second or third best player on the floor for the Clippers on any given night. At 22. And undersized. And without a super “defined” position. All Landry does is come in, shoot the lights out, play D to the best of his efforts, handle the ball surprisingly well and not make many mistakes. If you are “out” on that every night, then I don’t know what to tell ya Bill.

Secondly, no one in #Clippernation is mad at seeing success for any of its players. Load management is a necessary tool for Kawhi and his long-term knee health. I’m straight with him taking as much time he needs during the regular season to perform in May and June. If anything, tonight showed that when the lights are at it’s brightest and the competition is at its highest, Kawhi comes to ball. Expect more of that this summer, people.

Let’s take a look at where the NBA media places the Clippers in their weekly power rankings.

Notes: “More concerning than the Clippers going 1-3 (and allowing almost 120 points per 100 possessions in the three losses) on their trip before the All-Star break is that the trip ended with Paul George in the TD Garden locker room, dealing with more pain in his left hamstring. There are still eight weeks left in the regular season and the Clips don’t have a back-to-back until mid-March, but it remains unclear if they’ll get an extended stretch with a healthy core between now and April 18.

The Clippers rank sixth defensively overall and have had the league’s best defense in games against the league’s 13 best offenses. But they couldn’t get the stops they needed down the stretch in Boston on Thursday and rank 28th in clutch defense, having allowed their opponents to score 117 points per 100 possessions with the score within five points in the last five minutes of the fourth quarter or OT.

Marcus Morris has taken 32 shots with the Clippers, and 26 of those 32 have come from outside the paint. The most confounding of those shots was his mid-range pull-up over an Al Horford contest when the Clippers came out of a timeout late in a close game and had Morris iso against a good defender with George and Kawhi Leonard on the floor and no movement away from the ball. Morris has scored 0.96 points per possession on isolations, a mark which ranks 27th among 71 players with at least 50 isolation possessions this season.”

Notes: “The Clippers have played 2,655 minutes this season. Kawhi Leonard and Paul George have played just 572 of those together. And now Paul George has reinjured his troublesome hamstring, which could cause him to miss a little more time. The Clippers’ primary goal down the stretch is simple: Get the top eight rotation players as healthy and as jelled as possible. Because in those 572 minutes that Leonard and George have shared, the Clippers are a plus-9.6 points per 100 possessions.”

Notes: “Deadline acquisition Marcus Morris Sr. closed at center in Tuesday’s 110-103 loss to the Sixers, and he wasted no time bringing some edge to the Clippers. He got into a dustup with Joel Embiid, which, given their history, was to be expected. Morris will have to do more than scrap with his long list of enemies to make a real difference in Los Angeles. Job No. 1 should be keeping the ball moving (long a challenge for him) and embracing a more limited role than he played with the Knicks.

If the hamstring strain that forced Paul George out of Thursday’s game against the Celtics lingers, Morris could get a healthy share of shots. But when L.A. is fully healthy, he’ll have to make the most of fewer looks while defending across several positions. The Clips lost three of their last four games prior to the All-Star break and have fallen a game behind Denver for the West’s second seed.”

Notes: “The Clippers lost road games to the 76ers and Celtics this week, and they still seem far from the finished product that many expect to contend for a title this season. Paul George struggled mightily from the field against the Sixers, going 3 for 15, then re-aggravated his hamstring injury against the Celtics, missing the final two quarters and overtime periods. The Clippers surely think they’ll be fine once they have a full roster, but it would be nice to see it for more than a handful of games before the playoffs start.”

Notes: “Congratulations to Kawhi Leonard on winning the first Kobe Bryant All-Star Game MVP Award. Leonard was surprisingly open in talking about his relationship with Kobe and how much winning the award meant to him. Now, it’s back to trying to build some chemistry with the Clippers, where Paul George is sidelined again because of injury.”