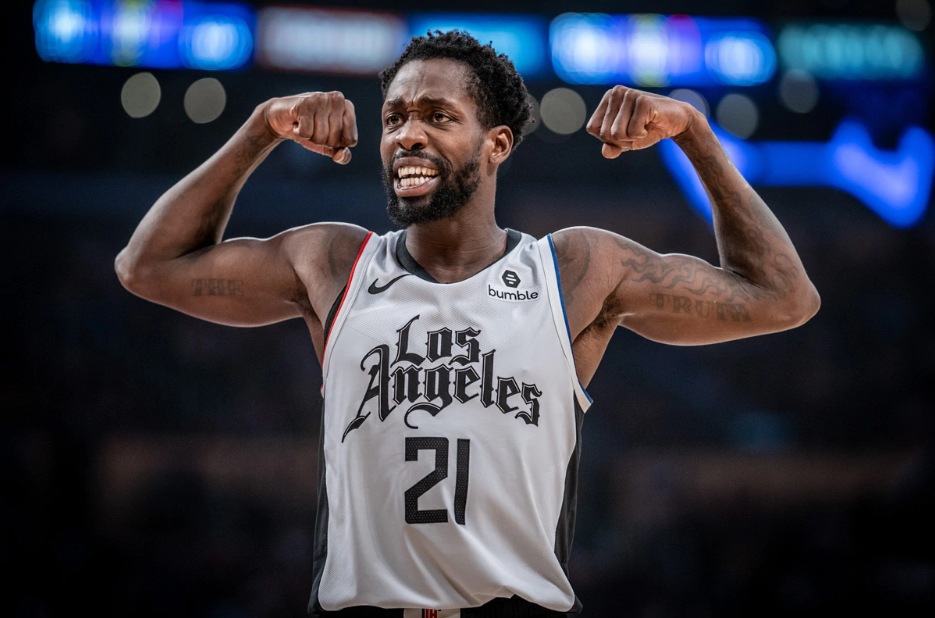 Patrick Beverley’s defensive identity is the foundation of his game. An identity that sees him as an underappreciated prototype at the point guard position.

Not every point guard can carve out their career to reach the levels of Stephen Curry, Damian Lillard or Chris Paul among many other talented stars. For other guards, developing an identity for themselves becomes the primary focus. How can they improve their game to help the team?

For Beverley, scouts had concerns about his size. Today, Patrick Beverley’s defensive identity is his brand as a player; he has come to be defined by his ability to defend multiple positions, even players significantly taller than him. On offense, Beverley comes with limitations but his long ball has remained steadily efficient since his college days.

Beverley’s journey to Los Angeles is a unique one. Arkansas suspended Beverley after another student wrote a paper for him. Beverley left Arkansas to play for a Ukrainian team and later began to workout for NBA teams to prepare for the NBA Draft. Despite having draft concerns regarding his ability to efficiently run the point, Beverley’s name was called as the 42nd overall pick in 2009.

After leaving Houston, Patrick Beverley’s defensive identity came with him to the Clippers, and he’s established himself as one of the most crucial members of the roster.

There’s a reason why Beverley has started in all 48 games he has appeared in this season. Lou Williams’ reputation in the NBA has always been an elite sixth man and while Reggie Jackson is a more established veteran starting point guard, Jackson struggled in Detroit and is nowhere near the defender Beverley is.

The Clippers put all their chips on the table when they brought Paul George and Kawhi Leonard to LA. Surrounding them with respectable threats on both ends of the floor was the next step in building a championship team.

Beverley, already on the roster, does just that, especially as a versatile defender. The one thing anyone watching Beverley will take away from him is that he doesn’t care who he’s guarding. He will come after you and do so with 110% energy.

In this play, the Denver Nuggets use an off-ball screen with Jamal Murray to create a low block mismatch between Jerami Grant, a 6’8” forward, and 6’1” Beverley. Nikola Jokic operating in the high post means that the paint is even less crowded.

Beverley anticipates what’s coming his way after the initial screen. Grant attempts to establish a post position, but Beverley continues to use his feet and body to make sure Grant can’t get set. When the pass arrives, Grant can use his left arm to catch and protect the ball. However, Beverley jumps the pass like a NFL cornerback and comes away with the steal.

Grant weighs 210 pounds. Beverley weights 185. You can’t notice the difference here and it’s difficult to think of many  guards of Beverley’s size that can stand their own against larger opponents like this.

Pick-and-rolls can result in many different outcomes depending on offensive execution and how well the defense did their homework.

Naturally, Beverley is one of those players that does his homework and it’s evident on this PnR between Jeremy Lamb and Domantas Sabonis. Beverley cuts off the screen from Sabonis, forcing Lamb to take a dribble-drive to his right.

Beverley sags off Lamb when Ivica Zubac slides to cover, but Beverley’s IQ is top notch. The moment Lamb wraps the ball around his right hand, Beverley knows a pass is heading to the roller and deflects it. Clippers ball.

Hustle and effort won’t show up on the box score. The only suitable way to measure a player’s heart is simply watching them on the court. It doesn’t take viewers long to figure out how much effort Beverley puts on the floor on every single play.

Next, we’re looking at an overtime situation with not much time remaining. Every single possession and point is significant with little time to correct any potential errors. Los Angeles, holding a two-point lead, has to defend the basket.

Boston gets a mismatch here between Jayson Tatum and Beverley. Tatum has the dribble momentum on his side upon catching the ball, but Beverley gets in his lateral stance immediately and reads the dribble perfectly.

With loose balls, the saying always goes “the first person on the floor gets the ball.” At the five second mark, there are three total players diving for the rock. Kemba Walker, first one on the floor, has possession until Beverley dives to challenge for it. Beverley’s hustle paid off as the Clippers regained possession and would eventually hold on for a three-point victory.

We know Beverley is fearless. He strives for the challenge, especially against prominent opponents. On what may arguably be his best play of the season, Beverley rose to the occasion against LeBron James with only one possession to go.

The Lakers use Alex Caruso to switch Beverley onto James instead of letting James go one-on-one with Montrezl Harrell. Beverley sticks tight to James, not letting the superstar get a breath of space. You have to watch the clip slowly a few times to notice, but Beverley is swiping at James’ hands the whole time and doesn’t hit him once.

When James takes a stepback to get off a shot, that’s when Beverley fully swipes and you see the result–the ball goes out of bounds off of LeBron and it’s Clippers ball. Ball game.

Offensively, Beverley knows his role and sticks to it. He’s not the ball-handler Kyrie Irving is, he’s not the passer Chris Paul is and he’s not the rim finisher Eric Bledsoe is.

Leonard, George and Williams are the dominant ball-handlers and playmakers under head coach Doc Rivers. Naturally, those three players feed Beverley the most on his made field goal attempts.

Beverley’s three-point percentage this year, 37.9, is the lowest it’s been since the 2014-15 season. Since that season, Beverley has hovered around 38-40% from deep on four-to-five attempts a game. That’s tremendously efficient.

The funny thing about this play isn’t the play but the commentating. “Beverley’s not much of a three-point shooter” is literally what emerges from the commentator moments before he hits a three.

The Clippers run a double drag here with Beverley and Zubac setting the screens, leading to Beverley staying behind the arc and Zubac rolling. Leonard dumps it down to Beverley and Jamal Murray gives him enough space to shoot. Murray thinks Beverley will make a pass, but Beverley sizes up the shot and drills it.

Here you get double drag action against the San Antonio Spurs and a similar design to the play you just saw.

Beverley is the first screener, and he slips in between DeMar DeRozan and Bryn Forbes. Zubac is the roller and Leonard attracts both LaMarcus Aldridge and Forbes to him. This leaves DeRozan in a tough spot because he has to pick his poison. Does he let Zubac roll freely to the bucket or leave Beverley open for a kick out?

Leonard surveys the area ahead of him and notices an open Beverley. DeRozan doesn’t even bother to contest as the shot is made.

Beverley becomes even more efficient on catch and shoot looks. Making up 51.4% of his overall attempts, Beverley drills 39.8% of catch and shoot triples (3.5 attempts). If you can hit the long ball at that rate, guys like Leonard and George, who pull in defenders like magnets, will find you.

Beverley has never been the type of guard that will look to amaze you by stuffing the stat sheet or looking for the highlight play. He goes out there every night and plays as if it’s his last game ever. His energy, hustle and motor make his teammates want to go to war with him on the court no matter what. While he left the Orlando bubble last week due to a family emergency, the Clippers are lucky that he has returned and is quarantining so he can play against the Lakers on opening night.

Patrick Beverley’s defensive identity and shotmaking is a perfect fit to the roster the Clippers have assembled. Every game, he shows why he’s an underappreciated prototype as a point guard in the NBA.