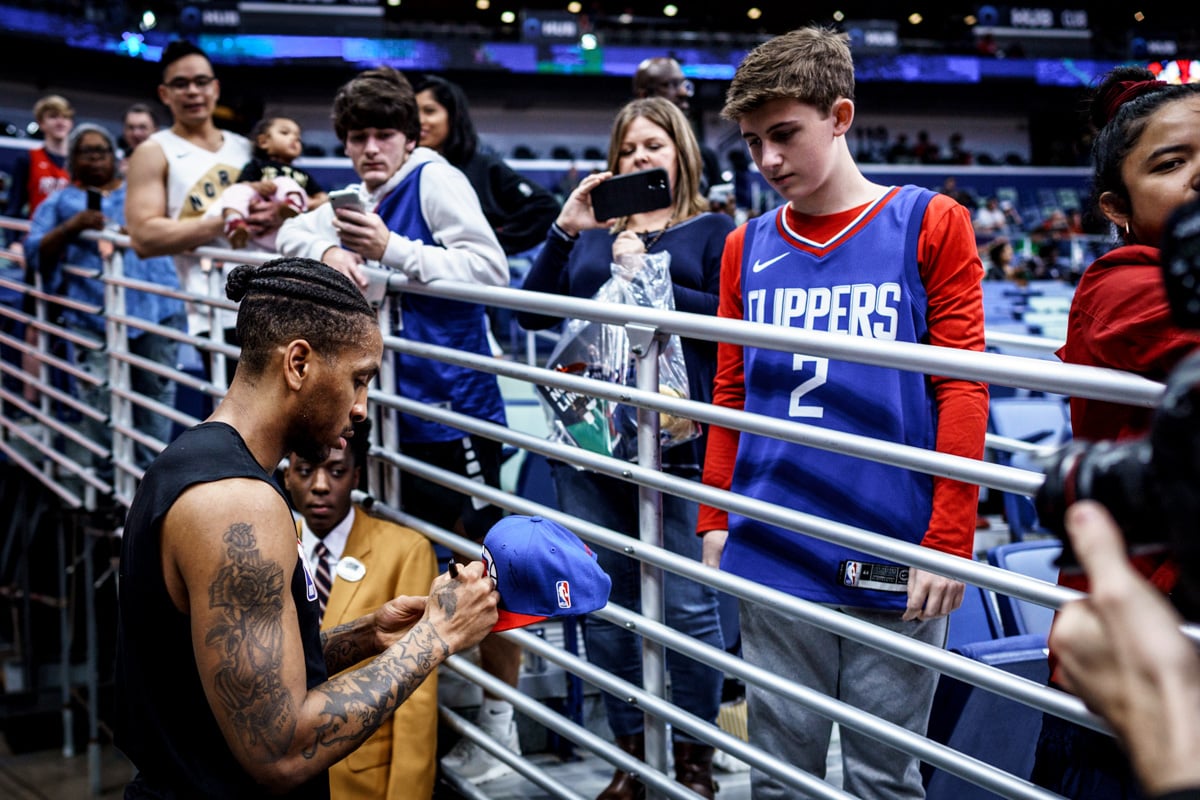 The results of the additions have been obvious: the Clippers have their strongest roster in franchise history and are one of three teams considered to be in the top tier of contenders for the NBA championship, along with the Milwaukee Bucks and Los Angeles Lakers.

As the Clippers’ front office sought to build a championship-caliber roster around their newly-acquired star duo, they made several heralded moves, including the notable addition of Maurice Harkless, who the team actually got a first-round pick for taking on. The signing of Rodney McGruder to a 3-year, $15 million contract was another under-the-radar move that earned the front office praise, both from myself and around the league.

The praise that the move earned was twofold: first, McGruder had been a quietly effective player for the Heat and figured to be a dependable rotation piece for the Clippers. But Clippers fans who pay close attention to the transaction logs might recall that before the Clippers could sign Rodney to his contract in July, they had to claim him off of waivers in April. McGruder had been cut by the Miami Heat, who were narrowly above the luxury tax threshold and needed to cut a player whose contract they knew would be claimed by another team in order to get that salary off of their books and get them out of taxpayer territory.

So, reluctantly, the Heat waived McGruder, who had started 112 games for them over the last 3 years and been a significant rotation piece as a gritty, multi-positional defender who did just enough to stay on the floor offensively as an average shooter and serviceable secondary pick-and-roll ball-handler. Even though it was too late for the Clippers to add him and have McGruder be playoff eligible for their first-round series against the Golden State Warriors, the team opted to use a roster spot on Rodney because a player claimed off of waivers brings their bird rights with them to their new team. This sly move was what allowed the Clippers to re-sign Rodney to a contract for $5 million a year in a summer when they were carefully counting every penny in order to be flexible enough to land Leonard and George.

For the Clippers, there was every reason to be excited. Rodney’s no world-beater, but everyone familiar with his abilities rated him well above the minimum-salary replacement player that would have filled his spot in the Clippers’ second unit if they hadn’t sneakily secured his rights back in April. He represented a free upgrade, providing depth on the wing behind Paul George, who would miss the start of the season as he recovered from shoulder surgery, and Kawhi Leonard, who has popularized the term “load management” for his periodic rest during the season.

It just never materialized for Rodney with the Clippers this season. He missed the start of the season with a high ankle sprain suffered during training camp, and then strained his hamstring in November and missed another stretch of games. Never finding his rhythm, Rodney shot just 25% from three after returning from his hamstring injury in mid-December, and ended up intermittently receiving just garbage time and DNP-CDs (Did Not Play – Coach’s Decision) as the season wore on. Despite nearly half of his three-point attempts coming from the corner, he still couldn’t muster passable efficiency, shooting just 21.6% on corner threes on the season.

Beyond his ineffective shooting, Rodney’s all-around offensive game, which usually features getting into the lane as a pick-and-roll ball-handler and either scoring on floaters or finding the roll man, simply never found consistent success this season. And for a player whose offense only ever needed to be “just good enough” to make him playable for his stellar defense, he didn’t pass the defensive eye test consistently either. His 2019-20 season was a remarkable disappointment.

For the Clippers, it meant what was figured to be a value contract for a quality player turned out to be dead money for a benchwarmer. So, it’s time to answer the question posed in the headline: was the contract a mistake?

While McGruder’s play has been disappointing, I’m going to suggest that no, his contract wasn’t a mistake. For an example to support my claim, I’m going to turn to recent Clippers history.

During the 2016 off-season, the Clippers re-signed two of their supporting bench players to large contracts that were massively unpopular among fans. Partially, this was likely shock value as we all still adjusted to the larger contract values as the league’s salary cap rapidly rose. But even in that context, Austin Rivers’ 3-year, $35 million deal and Jamal Crawford’s similar 3-year, $42 million deal were still somewhat bloated deals.

Yet despite being overpays and prompting wavs of criticism from the fans, both of these contracts ended up being good for the Clippers.

The reason is that when an NBA team is over the cap, it actually advantages them to stay as far over the cap as possible so they have more moving pieces to make trades work. Obviously giving Austin and Jamal max contracts would make them difficult to move in trades, but having smaller, movable contracts on the books can facilitate transactions that would otherwise be impossible for a team that couldn’t add free agents because they were over the cap and didn’t have expendable contracts to flip in trades.

In Rivers’ case, the Clippers got two years of solid production out of his contract before trading him when they needed to free up guard minutes for rookie Shai Gilgeous-Alexander. Rivers went to Washington for veteran center Marcin Gortat, who would serve as a stopgap starter for the Clippers until they acquired Ivica Zubac in a later trade. While Gortat was no world-beater on the Clippers, he was far more reliable than a random minimum-salary replacement would have been. The Clippers were only able to make a deal for the final year of Gortat’s deal because they had a rather large expendable contract of their own to flip. Despite the fears of many of my readers, Austin’s contract never hurt the Clippers.

Crawford’s case was even more impactful: his contract ended up being the primary piece of outgoing salary to facilitate the Clippers’ sign-and-trade acquisition of Danilo Gallinari. Lacking cap space to sign Gallo outright, the Clippers needed to orchestrate a sign-and-trade deal and send enough outgoing salary in order to make the trade legal. Such a task would have been impossible without Jamal’s large contract. Gallinari, of course, was then traded for Paul George two years later.

While it’s possible that the Clippers would have conjured another creative way to pursue George (or a different second star) without Gallinari on the books, they almost certainly would have never been able to acquire the impressive Italian forward–who was the team’s best player during their 2018-19 playoff season–if they hadn’t re-signed Crawford to such a large deal the summer before.

There are, of course, some exceptions to this logic. Contracts that are too bloated, especially ones with multiple years remaining, can be unattractive enough to potential trade partners that you still aren’t seen as a legitimate option. Additionally, teams with higher salary totals can lose their full mid-level exception (called the non-taxpayer mid-level) and instead get the smaller taxpayer mid-level exception. And there is of course the looming threat of the progressive luxury tax and repeater tax system.

But in the case of Rodney McGruder, the small, short-running contract still figures to be an asset. While Rodney has struggled majorly on the court as a Clipper, he’s still no worse than your typical third-string wing. As counterintuitive as it is, for a team in the Clippers’ financial position it might actually be preferable to have a guy in that role making $5M instead of the minimum because he is an expendable piece that can be used to facilitate salary-matching in trades.

And despite his struggles, there’s still hope that Rodney simply needed a fresh start after struggling to prove himself to Doc Rivers while dealing with early-season injuries. If McGruder comes out of the team’s pre-Orlando camp looking like his Miami self, he would provide a notable boost to the Clippers’ depth. And even if he doesn’t, his contract could help make a much more significant deal possible at some point in the next two years. 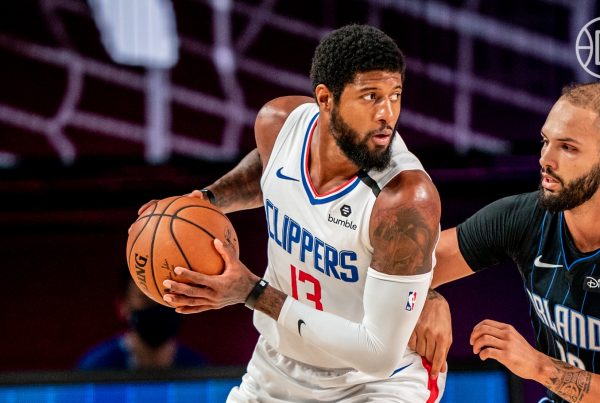