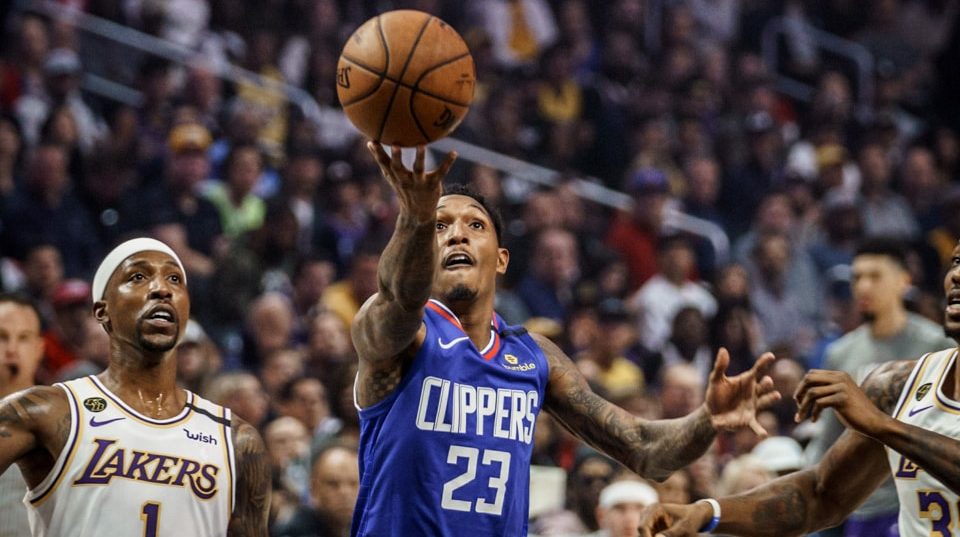 Lou Williams’ visit to an Atlanta strip club will result in the L.A. Clippers guard facing a 10-day quarantine in his hotel room on the NBA’s “bubble” campus at the Walt Disney World Resort in Orlando, Florida. Williams left Orlando on an excused absence to attend the funeral of his grandfather Friday in Atlanta.

However, Williams came under fire Friday evening when rapper Jack Harlow posted a photo that appeared to show himself and Williams at a club. Williams later confirmed that they were at Magic City, a famous restaurant and strip club in Orlando. While the internet was quick to subject Williams to harsh criticism, he claimed–and an NBA investigation confirmed–that he arrived at the club early in the evening following the funeral and stayed only briefly as he awaited his to-go order.

In addition to its status as a well-known strip club, Magic City is also known by Georgians for its food, and Williams has a well-documented history of having an affinity for Magic City’s wings, calling it his favorite restaurant.

NBA players who leave the Orlando bubble with league approval, such as the approval Williams was granted to attend his grandfather’s funeral, are subject to variable quarantine upon re-entry to the league’s campus. This variable quarantine can last from 4 to 14 days, depending on a number of factors including the player’s ability to obtain a COVID test and test negative each day while away from campus.

While teams and the league want to accommodate players (and staff) who must depart for real-life events and emergencies, there is also a responsibility to minimize risk of someone potentially contracting COVID outside of the bubble and then bringing it to Orlando, where an outbreak could jeopardize the entire season. These urgent departures have become common, as a number of Clippers have been impacted already, and Marcus Morris has announced his intention to depart the bubble in September for the birth of his child.

So, while the league does not necessarily punish players like Williams who leave campus for family matters, players may be disadvantaged due to precautions by the league. If the league suspended or fined Williams as punishment for his conduct, I would find it an absurd and inconsistent application of a non-existent rule. The league choosing to extend Williams’ quarantine to 10 days as a precaution to protect other players and staff is harder to fault.

For example, Lakers guard Alex Caruso considered leaving the bubble for his sister’s July 18th wedding. But due to the size and nature of the event, the league informed him that he would be subject to a longer quarantine of at least 10 days, which he decided was not worth the trip. Attending his sister’s wedding would of course not warrant punishment, but safety is safety.

As a result of Lou Williams’ visit to an Atlanta strip club, he will miss the Clippers’ first two seeding games against the Los Angeles Lakers and New Orleans Pelicans. Fortunately, the Clippers are fairly sturdy in second place and face minimal consequences should the Denver Nuggets pass them. The most important thing for the Clippers remains getting everyone to Orlando, in game shape, and in rhythm–something that Lou’s extended quarantine may delay, but shouldn’t threaten.