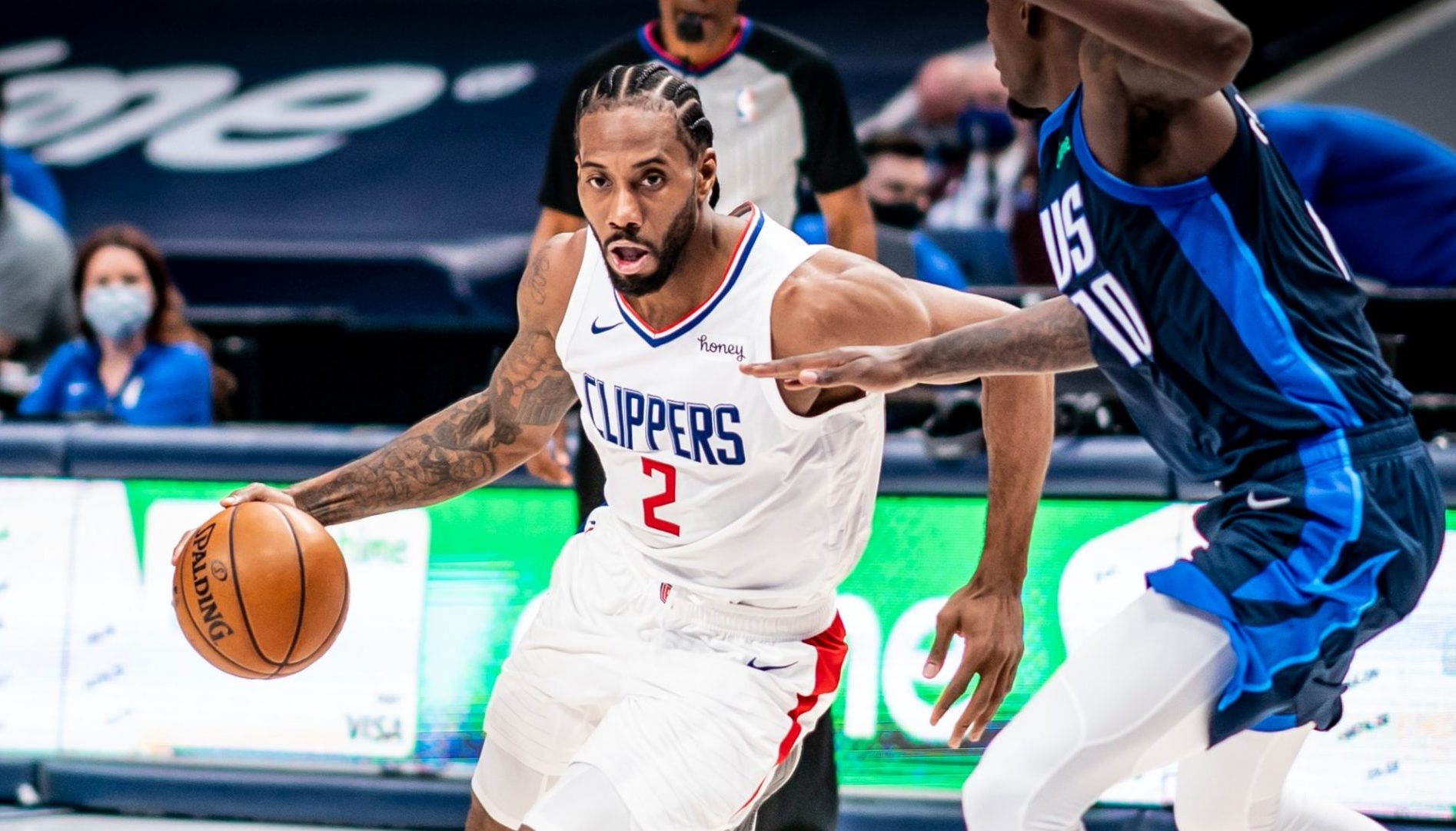 This Clippers are officially on a win streak for the first time since late December. They used their health advantage to keep the Mavericks under 100 points, and let Kawhi Leonard take over down the stretch. Read more in our recap below:

The Clippers started the game well but the Mavericks controlled most of the first half. Still, though, the Clippers were able to take Dallas’ 10 point lead down to five going into halftime. The Mavericks were led by 13 points from Spencer Dinwiddie and 11 each from Tim Hardaway, Jr. and Luka Doncic. For the Clippers, Kawhi Leonard had 12 but the next highest scorer had just eight—Reggie Jackson, who hit two threes late in the second quarter.

The Clippers’ defense was much more locked in to start the game, only giving up 20 points in the first quarter. Moreover, although they gave up 34 in the second quarter, they kept the Mavericks under 45% shooting. The only problem was the eight offensive rebounds allowed, though those did not hurt too much because the Mavericks only had five second-chance points in the first half.

The Clippers won the third quarter by 5 points, 30-25. They were led by Kawhi and George, who had nine and eight points respectively. Doncic had a big, 13 point quarter. Other than him, though, Dallas’ offense was limited. Worse was their defense, fouling the Clippers 7 times, resulting in 12 free throws (of which the Clippers made all of them).

Kawhi Leonard blew the game open in the fourth, securing the Clippers’ win without too much resistance from the Mavericks. He had another nine point quarter, and was joined by Norman Powell, who had 11 points. The Clippers continued to keep Doncic under control and only gave up 19 points to the Mavericks in the fourth.

Checking In on Zubac: Zubac had six points on 2/6 shooting, five rounds, and two turnovers in 23 minutes. Over the course of the season, his rebounds and blocks have declined each month. His effective field goal percentage is now below 60% this month for the first time all season, and his January net-rating is -8.3 (-4.1 over the whole season). Now, these stats are admittedly out of context, and the the Clippers’ poor play in general might be the simple explanation, but the eye-test says that Zubac is far less dominant on the defensive end as of late, after having a monster start of the season.

Not-flashy-but-good Covington Game: Although I have recognized the need for more size coming off the bench, I have been skeptical that Robert Covington was the answer. Early in the year, Covington showed signs of poor decision making with rushed shots, bad fouls, and by generally not playing within himself. [I think I was pretty much alone on this opinion within Clipper Nation.] But today is the type of game the Clippers could use from Covington: Five rebounds, six assists, two steals, a block, and only three fouls in 21 minutes. Sure, he was 1/4 from the field—but the shots were not totally unreasonable. If Covington can stay within his narrow lane, he definitely should continue to get the minutes he has been seeing recently.

That about does it for this recap of the Clippers’ win against the Mavs. As always, check out The Lob The Jam The Podcast and Clips ‘N Dip for analysis throughout the week, and follow us on Twitter to watch the game with us!