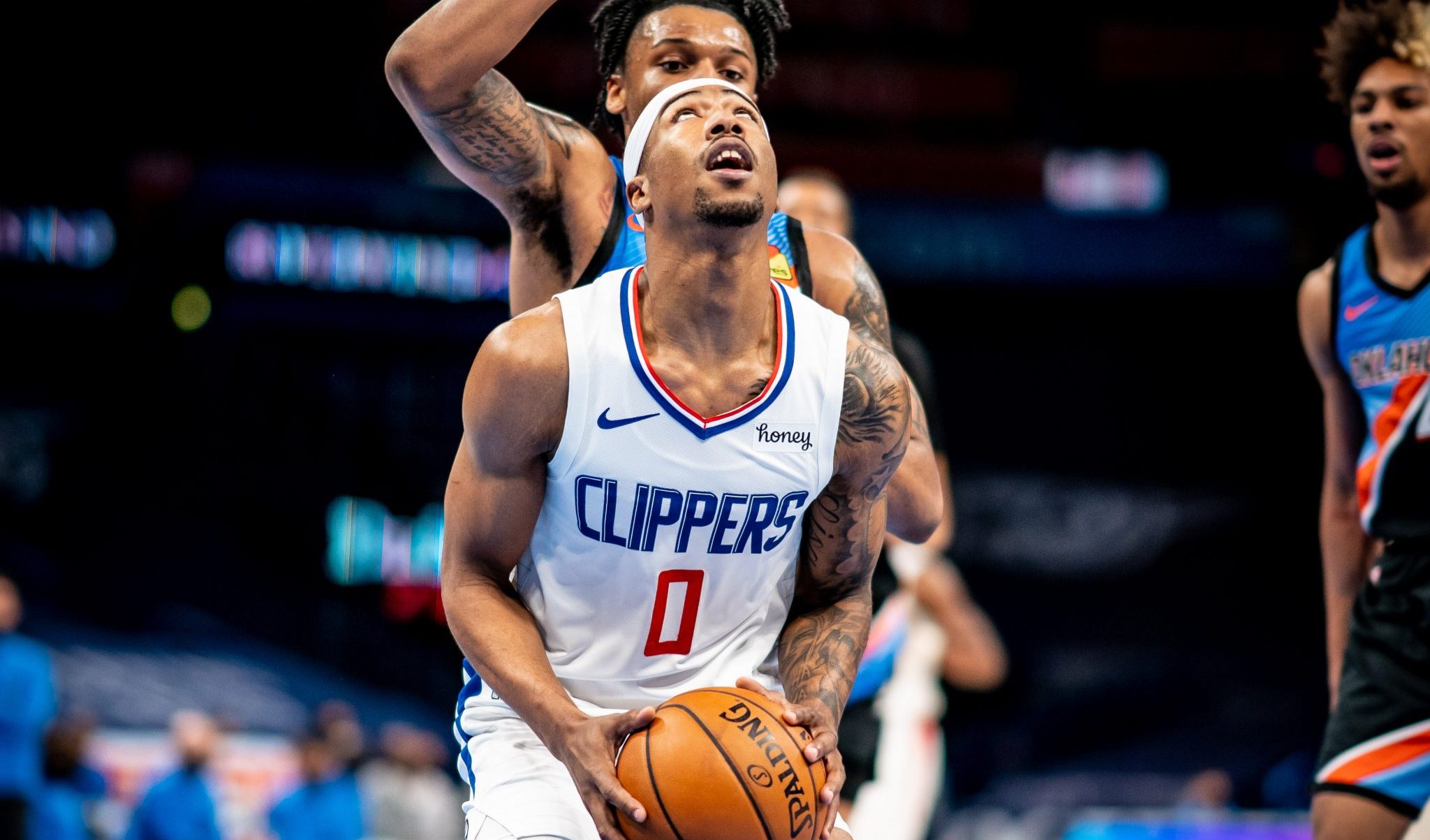 Clippers guard Jay Scrubb underwent surgery to repair the plantar plate in his right foot and will miss the remainder of the 2021-22 NBA season, the team announced Wednesday. The Athletic’s Law Murray was the first to report the news:

It’s a devastating blow for the second-year player, who also missed most of his rookie campaign with a major surgery on the same foot. After being selected 55th overall in the 2020 NBA Draft out of junior college, the first surgery in training camp limited him to just 4 appearances to end the 2020-21 season, twice nabbing a few minutes late in garbage time of a blowout win before playing substantial minutes in the last two games of the year as the Clippers rested their core players and intentionally lost games to manipulate playoff matchups.

This year, Scrubb has made 18 appearances for the Clippers totaling 121 minutes, almost exclusively in the closing minutes of blowout games. He did, however, have one notable contribution to a Clippers win–perhaps their best win of the season. With the team trying to complete a 35-point comeback against the Washington Wizards in January, Lue benched the veterans who had caused the defecit and while Scrubb was not the hero of the night, he made a valuable contribution with 6 early fourth quarter points while some key players were resting to keep the Clippers within striking distance.

LAC now has a rather difficult choice to make with the 21-year-old prospect they took a chance on late in the Draft less than 18 months ago. On one hand, Scrubb will now have played very little in two seasons on the team, showing very little to justify why he would warrant being retained for his third and final two-way eligible season next year. However, he’s had two major surgeries on the same foot during that time, meaning that the gamble the Clippers took in the 2020 Draft (and it was very clear at the time that Scrubb would be a long-term project) hasn’t had much of a chance to yield returns. If the team’s evaluation of Scrubb’s prospects is that he was unlikely to keep his two-way spot next season anyway, they will likely cut him now so they can sign a replacement to that spot for the remainder of this season. It would only make sense to keep him for the next two months if they are 100% committed to having him back in that two-way role next year.

However, even if the team chooses to cut Scrubb, it would by no means eliminate the possibility of him having a future in the NBA or even with the Clippers specifically. Scrubb is averaging over 20 points per game in 12 appearances for the Agua Caliente Clippers in the NBA G-League this season, so once he recovers from his surgery he would likely have a chance to play full-time in the G-League next season and that level of production would put him on the radar of NBA teams looking for call-ups. It’s even possible, depending on the relationship he has with the Clippers organization, that they could take him to the Las Vegas Summer League in July (if he’s recovered by then) and into training camp before either earning a spot back or returning to Agua Caliente.