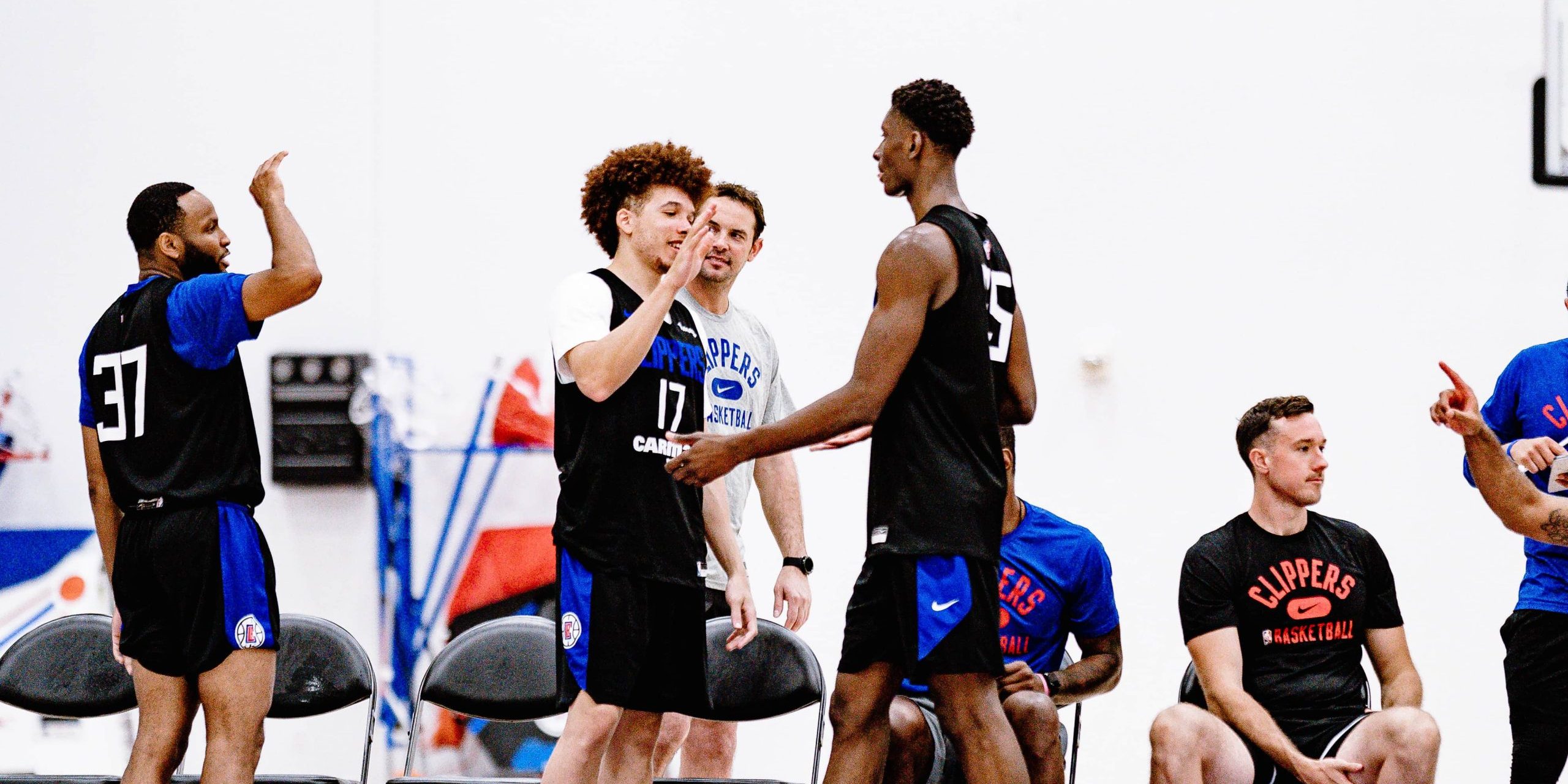 Jason Preston is Grateful to be Back on the Court

Late bloomer. That’s probably the best way to describe Jason Preston. By the time most future NBA players reach their senior year in high school, they already have a sense of where they’ll be playing college basketball – if they haven’t already committed.

In Preston’s case, he was ready to attend the University of Central Florida and major in journalism; his basketball playing career going no further than high school.

But by a stroke of fate, a friend’s AAU team needed an extra player. Preston obliged and the rest is history. College coaches started to take notice and he ultimately decided to change course from attending UCF and instead enrolled at Believe Prep Sports Academy in Nashville, TN for a post high school prep year.

While most people probably didn’t have Jason Preston pegged as a future NBA player even after the AAU tournaments, Preston himself always had that goal and knew if he was given an opportunity, he would make that dream a reality.

“I had it mapped out my whole life, honestly. I just knew I needed a chance,” Preston told 213 Hoops. “Once I got that chance from those first AAU tournaments out of high school, I knew as long as I got an opportunity, that I’d be in the position that I’m in. I’m just thankful to God, to stay injury free and be where I am today.”

Sure enough, that opportunity went a long way. Preston ultimately signed with Ohio University, where he developed into one of the best mid-major point guards in the country. He rose to prominence among NBA scouts when he led the No. 13 seed Bobcats to an upset over the No. 4 seed Virginia Cavaliers in the first round of the 2021 NCAA Tournament. In that game he finished with 11 points, 13 rebounds and eight assists.

The moment he had been waiting for had finally arrived. Following his junior year, Preston decided to enter his name in the 2021 NBA draft while maintaining his college eligibility. He eventually kept his name in the draft and was selected with the 33rd overall pick by the Orlando Magic and immediately traded to the Los Angeles Clippers.

But as he mentioned, staying injury free was a major goal of his, and his rookie year in the league didn’t quite pan out like that. Jason Preston suffered a foot injury during preseason and after undergoing surgery, was ruled out for the entirety of the 2021-22 season.

While he was unable to be on the court last year, just being on the bench and soaking up everything from his teammates went a long way towards getting him ready for the NBA.

“The main thing for me was off the court habits. Every day I saw veterans getting in on off-days, getting their stretches in, getting all their meals and make sure they’re getting their treatment. That’s something that I really got better at, off the court,” Preston said. “And then just also the attention to detail. I was big on that in college but it’s even greater in the NBA.”

This season, Jason Preston finally was able to take the court as an NBA player. But his live game reps haven’t come with the Clippers at Crypto.com Arena. They’ve come from the Toyota Center in Ontario with the Clippers G League affiliate.

He’s only suited up in seven games with the Clippers due to their veteran, guard-heavy rotation. But he’s spent 16 games with Ontario and he’s averaged 13.4 points per game, 5.6 rebounds and 7.4 assists while shooting 50.3 percent from the field and 40.3 percent from three-point range. He’s shown the type of playmaking that could eventually help the Clippers, butt he’s been grateful just to be able to play again against live competition.

It’s also given him the opportunity to work on the things that Clippers head coach Tyronn Lue and the rest of the coaching staff would like to see him improve on.

“It’s awesome. I love the opportunity to just play and make mistakes. We got a great coach and a great team. There’s no egos on this team, it’s really fun to play,” Preston said. “Just continuing consistency on the defensive end, getting more threes up, just being a leader out there and really trying to command the offense and defense on both sides.”

Playing point guard can be one of the toughest positions to master in the NBA. An extension of the coach on the court, your point guard is responsible for running the offense, making sure plays are ran properly, keeping the ball moving and setting teammates up for easy scoring opportunities.

Through his play with Ontario, Preston has shown he is capable of that against pro-level competition. His former Clippers teammate and current Ontario teammate Xavier Moon was arguably the best point guard in the G League last season and Preston could make a case for that title this season.

Preston is currently in the second-year of a three-year contract with the Clippers. Next season his deal is non-guaranteed. Given the Clippers roster makeup and aspirations, it doesn’t appear as if any regular playing time is in the cards for him this season.

He’ll spend the majority of this season getting reps in the G League in hopes that he can show the Clippers that he’ll be ready to contribute whenever they should need him.

And while he is focused on his NBA career for now, there’s always the possibility that somewhere down the line he could pivot back to his original goal of being a sports reporter. During his time as a writer for FanSided’s Detroit Pistons blog, he actually wrote articles about current Clippers teammates Reggie Jackson and Marcus Morris.

But don’t expect him to go back to writing if he does venture down that path once again.

“That’s a lot of writing,” Preston laughed. “I want to talk, I’d rather talk than type. I love talking about sports. If I do go back to that, it would probably be talking about it more.”