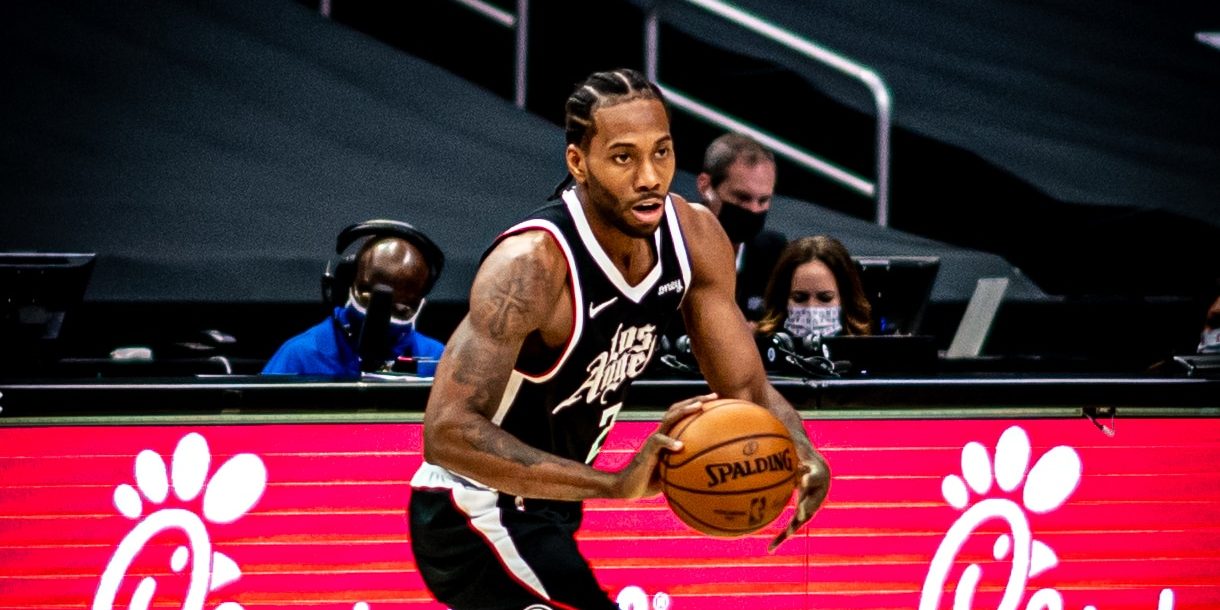 The Clippers closed out their home stand by ending the Wizards’ five-game winning streak. Just about everyone who suited up had their moments in this game, so let’s see how that factored into player grades for the Clippers’ win over the Wizards.

Patrick Beverley: B. Not a lot was required of Patrick Beverley in this game. He did his job — being a pest on defense and making life tough of the opposing guards, and was average on offense. He only played 20 minutes tonight which is probably good for his long-term health, so there wasn’t too much to critique.

Paul George: A. How do you follow up on a 34/6/7 performance? How about 30/6/3 in a win. The newly announced All-Star, Paul George, set the tone for the Clippers from the jump, doing it in a variety of ways to the beat of 25 first-half points on 5 of 5 three-point shooting. Aggressive drives to the basket, off the dribble threes and middies, off-ball movement into jumpers — you name it, PG provided it. The production didn’t carry over to the second half in terms of stats, but he was noticeably impactful in creating open looks for the Clippers’ shooters after a late third-quarter sequence in which the offense had stalled out. These are the kind of performances that made George an MVP candidate two seasons ago.

Kawhi Leonard: A. We’re all familiar with the elite counter-punchers in boxing right? They jab and jab all night long and throw an occasional right hook here and there while avoiding being hit, then before you know it the fight is over and they have landed like 200 punches in a dominant victory. That was Kawhi tonight. He just picked his spots and shot middy after middy and sprinkled in a few threes for good measure, and boom: 32 points on 13-20 shooting. He was effective in all four quarters until the lead blossomed late into the game and he wasn’t needed anymore. The 7 boards and 4 assists were about on par with his averages and he had his usual effectiveness on the defensive end. Just another day at the office for Kawhi.

Nic Batum: B+. Am I wrong in stating that this may have been Nic’s best defensive game of the season? He chased Brad Beal around pin downs and tons of off-ball screens, played great one-on-one defense against both Beal and Russell Westbrook, and then once Davis Bertans got hot Batum turned his water off. Nic killed the oft-scrambling Wizards’ defenders with many extra passes to shooters camped along the three-point line and made his usual cuts to the basket to keep the offense sailing smoothly. We got the pre-concussion version of Nic Batum last night and it was great.

Serge Ibaka: B-. I can’t complain about this Serge performance. He was very involved early on, and had probably one of his better first-quarters in terms of overall impact. There were moments in that quarter where he was a true rim-protector, and then was also a scoring threat on the other end with midrange jumpers and finishing in the paint. Serge also battled on the boards and his energy paved way for the other parts of his game to open up. Of course, there was some drop-off as the game proceeded; he fumbled passes, missed a couple of three-pointers, and started to allow baskets at the rim. But his night ended before things could go completely off the rail. 6 points and 6 rebounds won’t get anyone to jump out of their seats, but it was fine for how this game flowed.

Luke Kennard: C+. Playing only 11 minutes in a game that Lou Williams was a healthy scratch is…not great. But it’s better than a DNP-CD. Luke didn’t look half bad actually. His ball movement was noteworthy — making Batum-like passes around the perimeter to open three-point shooters, and I didn’t notice him being bad on defense. The highlight of his night actually came on that end of the court, as he helped off of his man to poke away a live dribble that would lead to a Reggie Jackson dunk. His shot wasn’t falling but I can’t blame him: it’s hard to establish a rhythm when your minutes are all over the place. I don’t know if he did enough good to change that.

Marcus Morris Sr. B-: It was a rare occasion, as Marcus Morris Sr.’s passing was his best attribute. The common theme of the night was how well everyone swung the ball. Batum did it, Luke did it, and Morris Sr. got in on the fun too. It didn’t stop there with Morris though, he had a particularly nice feed to Zu at the rim after pumping out of a three — a connection between the two players that we’ve seen more than once. Morris was just alright in all other parts of the game (11 points on 4-12 shooting and 2-6 from three) but it’s not often he gets others involved. For that, his 4 assists earn him a B-.

Ivica Zubac: A-. The Zubac that we all had grown to love and appreciate is back. He’s just always in the right spots on offense, with last night being no different, hence his perfect 6 of 6 from the floor (including a monster dunk over Davis Bertans). His rebounding (12 boards) continues to be fantastic after a really poor start to begin the season, and his presence at the rim on defense has been equally as good. Zu is a stud and I’m glad to see he’s figured out how to find his rhythm while coming off of the bench.

Reggie Jackson: B+. Good Reggie! Reggie filled in quite nicely for Lou as a scorer and as a lead guard. I thought he did a really fine job balancing when to be aggressive and when to run the offense. He switched gears a few times in transition to create easy opportunities, and he played his part in the half-court offense by being a floor spacer and also using the dribble to score on slower defenders. He got a little comfortable and put up a few questionable shots but you learn to live with it on nights which his minutes are up. Most importantly, Reggie showed an ability to play high-level defense. Westbrook eventually scored on him a couple of times due to the sheer volume of shots, but Reggie forced a ton of misses by sliding his feet and being disciplined enough to not foul. Again, GOOD REGGIE.

Terance Mann: A. Terance Mann kept the Clippers from blowing the lead that the Lakers had blown the night prior. Mann scored nine straight points for the Clippers from the end of the third quarter through the opening minutes of the fourth, including seven consecutive to open the final frame to push the lead from five to double-digits. The rest of the quarter he just showed off — setting up teammates, flying around on defense, and dropping in an additional three. He finished with 12/4/2 and some timely baskets that helped put the game out of reach. Add this one to the growing list of impressive Terance Mann games.

Mfiondu Kabengele played four minutes of garbage time and made his first three-pointer since January 20th. Patrick Patterson was the only available player to go unused. Lou Williams rested and did not suit up.

That’s about it for the player grades of the Clippers’ win over the Wizards. What do you all think? Were there any grades that you disagreed with?