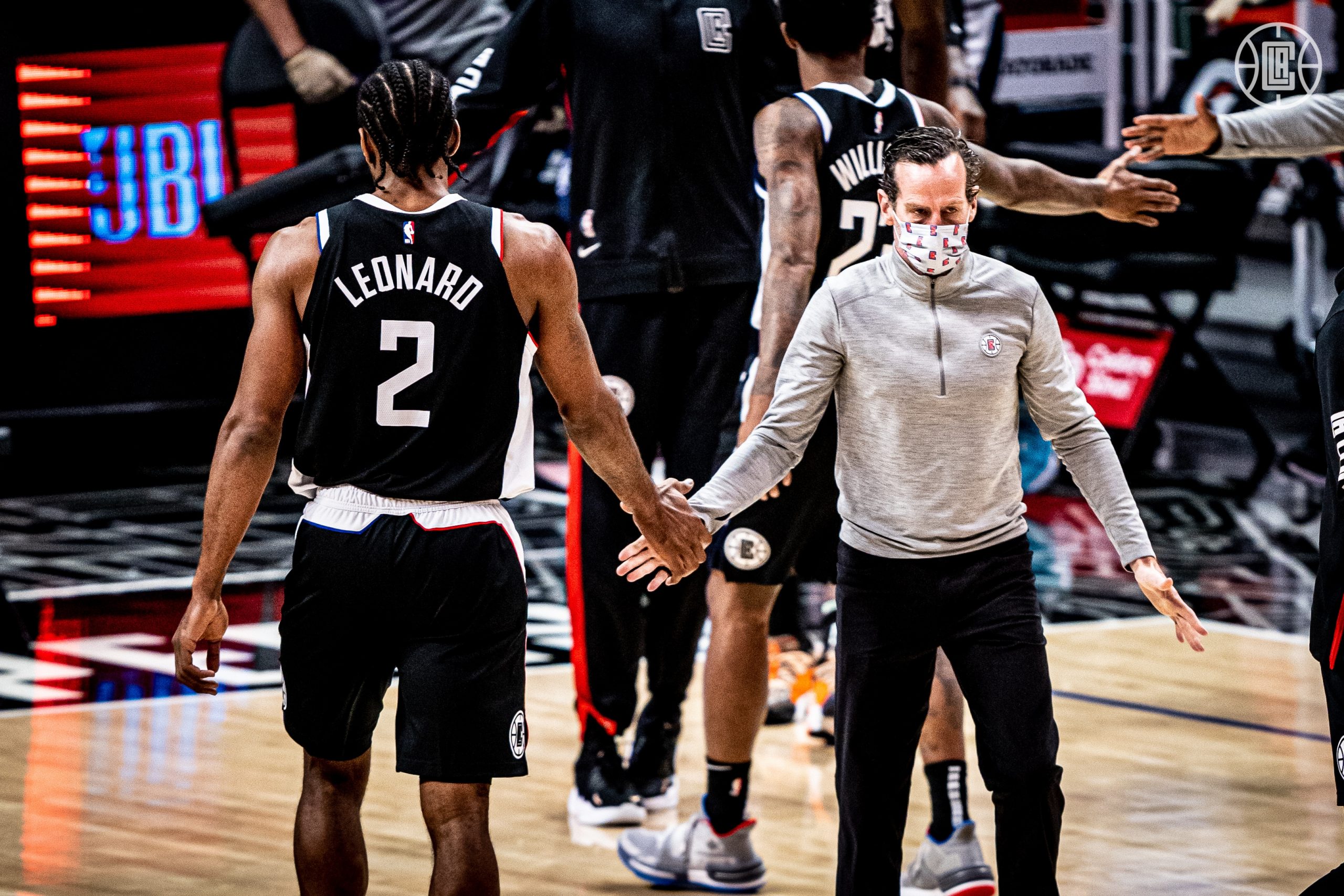 Despite a few hiccups along the way, the Clippers led the Wizards from start to finish, ultimately pulling away for an easy win. Check out the full game recap of the Clippers’ 135-116 win over the Wizards below.

The Clippers started off the game very aggressively. Particularly active was Paul George, who seemed buoyed by his recent All-Star selection. He went right to the rim against the Wizards’ defense, or rose up over the shorter Bradley Beal. Kawhi Leonard chipped in as well, his midrange jumpers looking buttery. Reggie Jackson was first into the game for the Clippers with Lou Williams out, and brought him with a nice uptempo pace. The Wizards’ defense failed to keep up, and the Clippers repeatedly got easy looks around the rim. Kawhi Leonard, taking over for the departed George, continued his work of making smaller defenders look silly, and both guys were in double figures early as the Clippers seized a 16 point lead behind excellent ball movement and tough defense.

The early 2nd quarter was defined by Russell Westbrook, who looked completely out of control. Several minuts of botched layups and turnovers later, and the Clippers’ lead had swelled to 22. Even when Bradley Beal came back in, the Clippers’ held onto a 20+ point advantage, as Paul George continued to cook whoever stepped in front of him. As the quarter dragged along, however, sloppiness crept in in the form of turnovers and missed free throws. Those errors combined with some aggressive scoring from Beal and a couple nice dimes by Westbrook saw the Clippers’ lead fall to as low as 14. Fortunately, Paul George could not be sopped, and drained a long three before half to give the Clippers a 17-point edge.

The third quarter started with both teams exchanging baskets, one after the other. While Kawhi and Paul George continued to carry the load for the Clippers, this time it was Garrison Matthews and Mo Wagner getting going for the Wizards. After a heated few minutes, the Clippers’ lead stood at 15 – and there it would remain for much of the quarter. Every time the Clippers scored, the Wizards answered. And every time the Wizards pushed, the Clippers came right back. Unfortunately, this seesaw was disrupted late in the period when the Wizards went with Beal and no Westbrook. Davis Bertans made a couple crazy threes, Rui Hachimura chipped in a couple shots, and all of a sudden the Clippers’ lead hung at 5.

The 4th quarter was the inverse of the 3rd, with the Clippers immediately resotring order. This was done primarily through Terance Mann, who scored the Clippers’ first seven points and hounded Bradley Beal, and Ivica Zubac, who made nice feeds out of the short roll and dominated the paint on defense. Paul George also remained hot, making seemingly whatever shot he took and piercing the Clippers’ defense at will. A soul-crushing dunk by Zu on Bertans followed by a Reggie three and a couple Kawhi buckets restored the Clippers’ 20 point lead, and garbage time ensured. To cap it all off, Mfiondu Kabengele hit a three in the waning moments, putting a nice cherry on top of the 135-116 victory.

PG and Kawhi Dominate: As I wrote in the preview, the Wizards have a dearth of wing defenders, meaning that Kawhi Leonard and Paul George should be able to dominate. And oh boy did they. The All-Star duo ripped the Wizards apart from start to finish, combining for 62 points on 24-37 shooting – all while uncharacteristically going 5-10 from the line! The wing superstars chipped in 13 boards and 7 assists for good measure while playing their usual defense, and made the game seem completely in hand even when the Wizards pushed. Being able to play one of George and Leonard at any given time is an incredible luxury, and that has been rarely been more evident than it was tonight.

Luke Gets Brief Shot: After two games out of the rotation, Luke Kennard got a chance to play tonight with Lou Williams resting… and was fine. He was part of the Clippers’ reserve unit that made a big push to start the second quarter, and his ballhandling and playmaking helped support their ball movement and free flowing offense. Unfortunately, in those eight minutes he was also 0-2 from three and played some rough defense, making his overall impact negligible. Luke was excised from the rotation in the second half in favor of Reggie Jackson (who was awesome tonight with 17 points on 6-12 shooting) and Terance Mann (more on him in a bit), and it’s clear he’s on the outs a bit right now. On the whole, while he hasn’t been bad, he also hasn’t been particularly good either, and with Lou, Reggie, and Mann all playing well, there just aren’t minutes for Luke.

Mann and Zu Show Out: While it’s fine to keep Serge Ibaka as the starter, it’s becoming clear with every passing game that Ivica Zubac is the Clippers’ best center (just as he was last year). He scored 12 points on perfect 6-6 shooting, grabbed 12 rebounds in 27 minutes, and deterred numerous Wizards’ drives to the rim. His partner in crime was Terance Mann, who continues to play excellent basketball, and as mentioned throughout the recap, was key to the Clippers’ victory over the Wizards in this game. His defense on Bradley Beal was terrific all night, especially in the 4th quarter, and his quick 5-0 run to start that period gave the momentum back to the Clips. He is just playing very confidently right now on both ends, and with threes starting to fall as well (albeit on very low volume) it’s becoming difficult to keep him off the floor. Zu and Mann have nice synergy on cuts as well as on the defensive end, and are a highly enjoyable pairing to watch despite the combined lack of shooting. Keep it up young fellas!

That’s about it for this recap of the Clippers’ 135-116 win over the Wizards in a fun and exciting game. Check in tomorrow for Cole Huff’s player grades and for a new episode of TLTJTP, and enjoy the win!