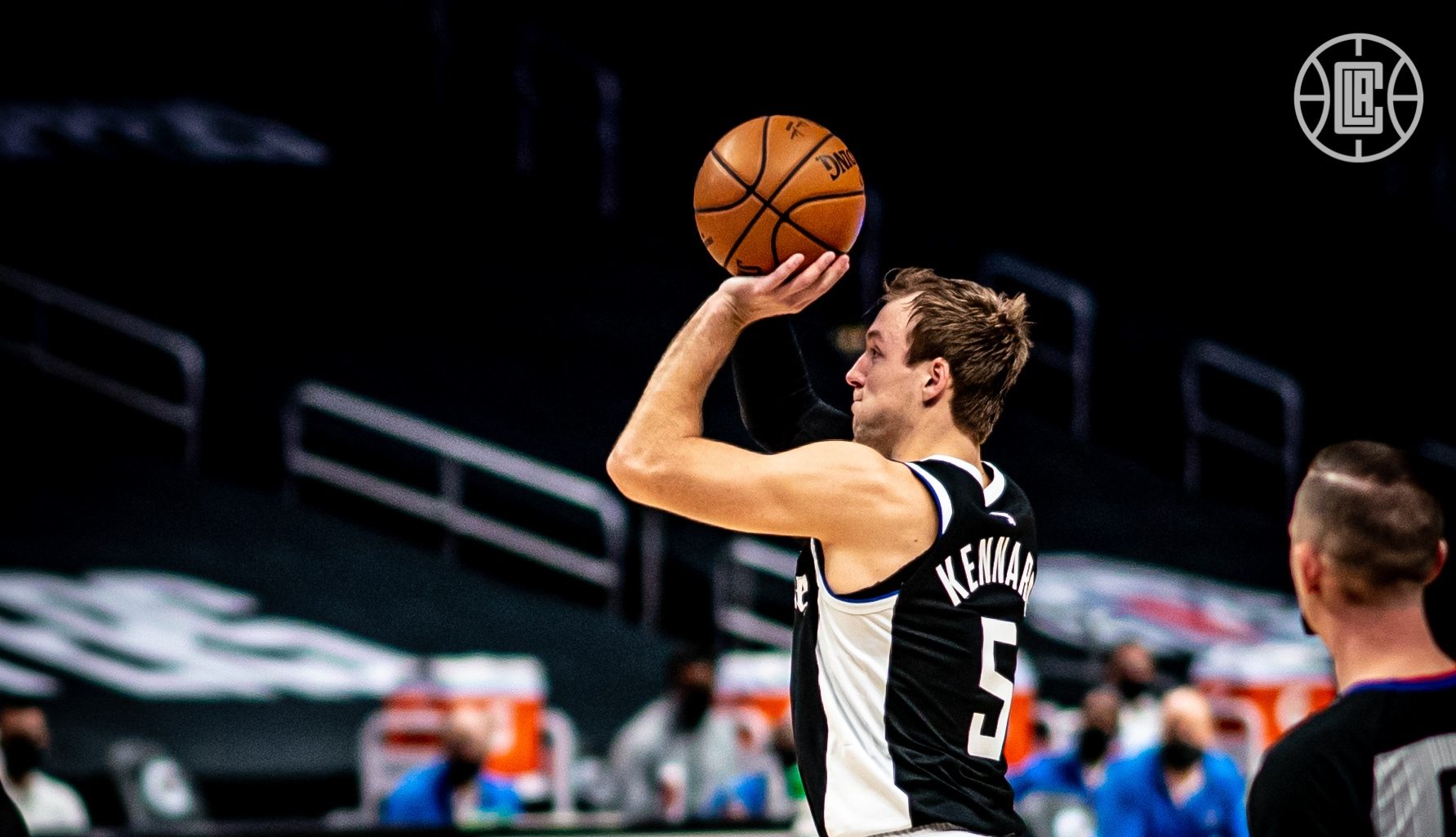 After a tough loss to Brooklyn, the Clippers take on the hot Wizards, who are finally getting some momentum after an awful start to their season. Read on for a full preview of the Clippers’ Tuesday night game against the Wizards at Staples Center.

The Clippers are still trying to get back on track after a spate of injuries threw off their rhythm in the middle of February. After a great win over Utah Friday night, the Clippers were thoroughly outplayed by the Nets on Sunday, with the Clippers hanging around mostly because of Paul George’s brilliance and the Nets’ own injury situation. The Clippers were particularly sloppy on offense, where they gave the ball away 17 times against a mediocre (at best) Brooklyn defense. As the Clippers, especially George, get back into the swing of things, they will undoubtedly get sharper, but every game matters in the tough Western Conference playoff picture. The Clippers have a somewhat softer part of their schedule before the All-Star break, and if they play up to their potential, they could well be in the 2 or even 1 seed entering All Star festivities.

The Wizards got off to a miserable start to the season, including dropping their first five games, losing starting center Thomas Bryant to a season-ending injury, and seeing half their roster contract COVID-19. They have been able to make somewhat of a bounce back since then by winning their last five games, and somehow sit just a couple games back of the Eastern Conference play-in. The Wizards are powered, first and foremost, by All-Star guard Bradley Beal, the NBA’s leading scorer. When Beal is in the game, almost every possession the Wizards have revolves around getting him the ball – and for good reason. Russell Westbrook is a star name, and is still putting up big raw stats, but advanced numbers regard his efficiency, defense, and turnover issues with disdain. Outside of those two, watch out for the sharpshooting Davis Bertans off the bench, who can win a game entirely on his own if he gets hot. The rest of the roster is a mix of mostly middling youngsters (some of whom, like Troy Brown Jr. and Isaac Bonga, aren’t even played by Scott Brooks) and mediocre veterans. In short, like any other team, they are dangerous on the right night – but the Clippers are far, far more talented.

PG and Kawhi Should Feast: There might not be an NBA team with worse wing defenders than the Wizards. Their best defender for bigger wings is a rookie, Deni Avdija, who hasn’t even played much of late. Their perimeter stopper in the starting lineup is Garrison Matthews, who is fine on that end but will be giving up a ton of size to George or Kawhi. Rui Hachimura, Beal, and Westbrook are all bad to awful defenders, especially offball, which will be especially impactful for George. Really, there’s no reason that Kawhi and George shouldn’t dominate this game from start to finish. They can and should get whatever shot they want regardless of who is out there for the Wizards.

Defending Beal: The key to beating the Wizards is containing Bradley Beal. Averaging 32.9 points per game on excellent efficiency, Beal is perfectly capable of being the best player on the court even against a team with Kawhi Leonard and Paul George. Beal can score from all over the court, and is more than happy to pass out of double teams. If he’s hot, the Clippers should double anyway and get the ball out of his hands, knowing the Wizards don’t have many other guys who can beat them. Otherwise, they should try to force him into as many midrange jumpers as possible – Beal will absolutely hit many of them, but he’s far less dangerous than he is attacking the basket or taking threes. It’s going to be a team effort, yet if the Clippers can keep him below 35, they will have done their job. As mentioned throughout the preview, the Clippers have a lot more talent than the Wizards, but a superstar game by Beal could make it moot.

Letting Russ Shoot: The best way to beat Russell Westbrook teams is to force Russ to shoot. He can’t get to the basket (or finish) as well as he used to, meaning that the head of steam he was able to build up in the past when teams sagged way under him is not nearly as potent. The Clippers should hang off Russ, letting him shoot and/or forcing turnovers off some of his wilder passes. If Russ is shooting, that means Beal, Bertans, and even guys like Garrison Matthews are not, and that’s good news for the Clippers.

Luke Time?: After being out of the rotation for two games, this could be a good game for Luke Kennard to get some minutes. While the Wizards are a decent offensive team, they’re not exactly the Jazz or Nets. More importantly, they only have a few legitimate threats, and not enough to worry about Luke getting picked upon every possession. While Terance has outplayed Luke, there’s no way Luke is out of the rotation the rest of the year, and with just two guys for Mann to guard (and PG, Bev, and Kawhi probably getting those assignments), it seems like a nice opportunity for Luke.

That’s about it for this preview of the Clippers’ game against the Wizards. Join us tonight for the game thread, and give your thought on earlier NBA contests as well.