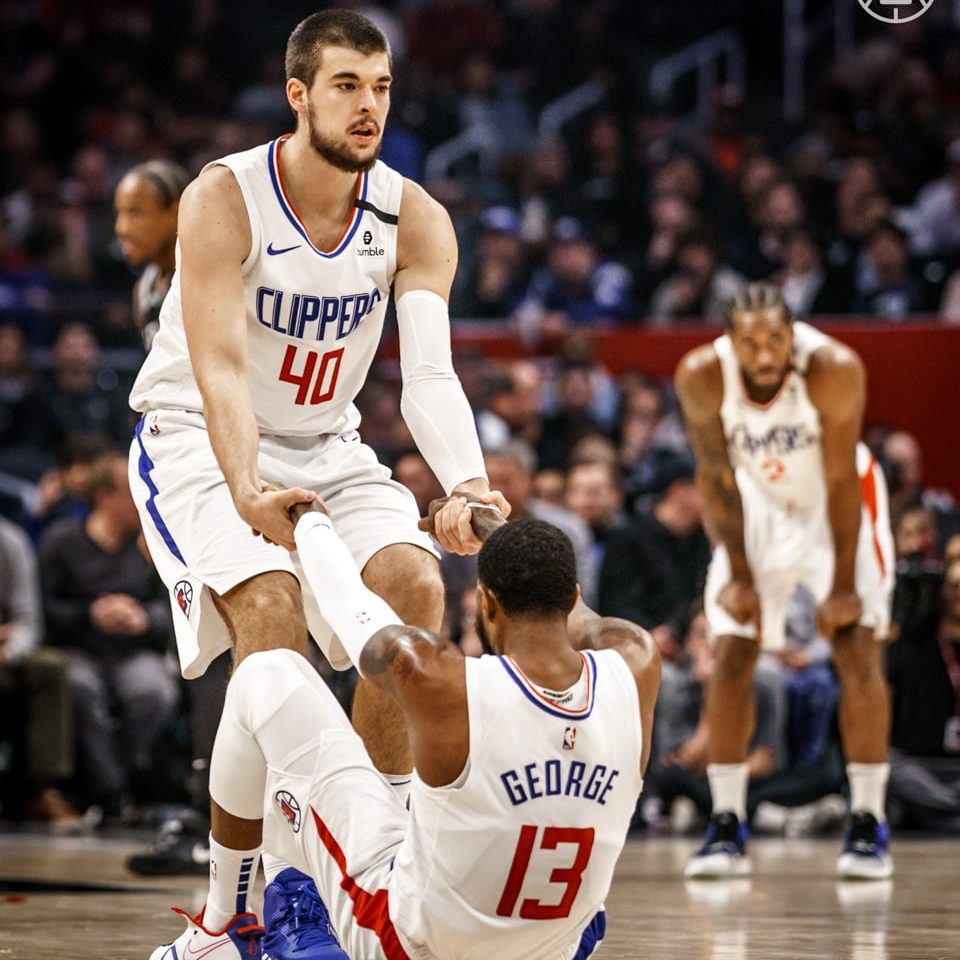 Clippers vs. Spurs Recap: A Win Is A Win

The Clippers picked up a much-needed 131-126 win on Friday night vs. the struggling San Antonio Spurs. Keep reading for a full recap of the lopsided affair.

The Clippers needed to get out to a fast start, and they accomplished such. At least, that was the case on one end of the court. Led by Kawhi Leonard, LA notched a season-high 41 first-quarter points with seemingly every player who touched the court contributing in a positive way on the offensive end. Not bad for the league’s fourth-worst offense. But all the good that was displayed on offense was overshadowed by a primarily non-existent defense. If that wasn’t obvious as the Clippers took a 41-36 lead into the second frame, it surely was across the next 12 minutes as the LA’s offense died down.

By way of dribble penetration, uncontested jumpers, and punished mismatches, the Spurs outclassed the Clippers in the second frame to take a 72(!) to 65 lead at the break.

Surely embarrassed by how silly a young and flawed offense made them, the Clippers came out of the break and surrendered buckets to the Spurs on their first three possessions. But LA’s defense did tighten up as the quarter went on, and it allowed the Clippers to regain the lead and accumulate the slightest bit of separation behind, you guessed it, Kawhi Leonard and his masterful 15 third-quarter points. But while Kawhi leading a third-quarter charge to get his team back into the game was sweet, it was par for the course for these Clippers. Running through the tape has been the issue.

So, as Leonard (and Paul George) sat to begin the final frame, it was up to Reggie Jackson, Norman Powell and a cast of roles players to hold down the fort. From attacking the rim to splashing jump shots, the duo did more than enough to keep the Clippers afloat by the time the big guns returned and the Clippers dodged any unnecessary drama down the stretch en route to a 131-126 victory.

Attacking the paint:
In the first half alone, LA was outscored 42-30 in the paint. The 30 for the Clips wasn’t bad at all, in fact, it was right in line with what they should’ve been doing this game when you consider the Spurs ranked dead last in allowed points in the paint to opponents (55.6) entering the night. But allowing 42 is unacceptable on any night in one half, even if prime Shaquille O’Neal were on the floor. LA’s offense was good enough not to allow San Antonio’s paint dominance to put the game out of reach, and holding the Spurs to just 20 points in the paint during the second half is ultimately what allowed the Clippers to find a few defensive stops and eke out a win.

Not that Kawhi Leonard cares anymore after all of these years away from San Antonio (nor did he probably ever), but Leonard had a little something extra for the Spurs on Friday night. We often overuse phrases when analyzing him, such as, “best he’s looked all season” while in the heat of some pretty dominant moments, but I wouldn’t call that an overreaction this time. He looked fantastic tonight in just about all facets of the game — offense, defense, lateral movements, timing, finishing at the rim etc. — and his takeover ability during the third quarter is mostly why the Clippers avoided another embarrassing defeat. Leonard finished with a season-high 36 points on 13/18 from the field, and he looks every bit a superstar.