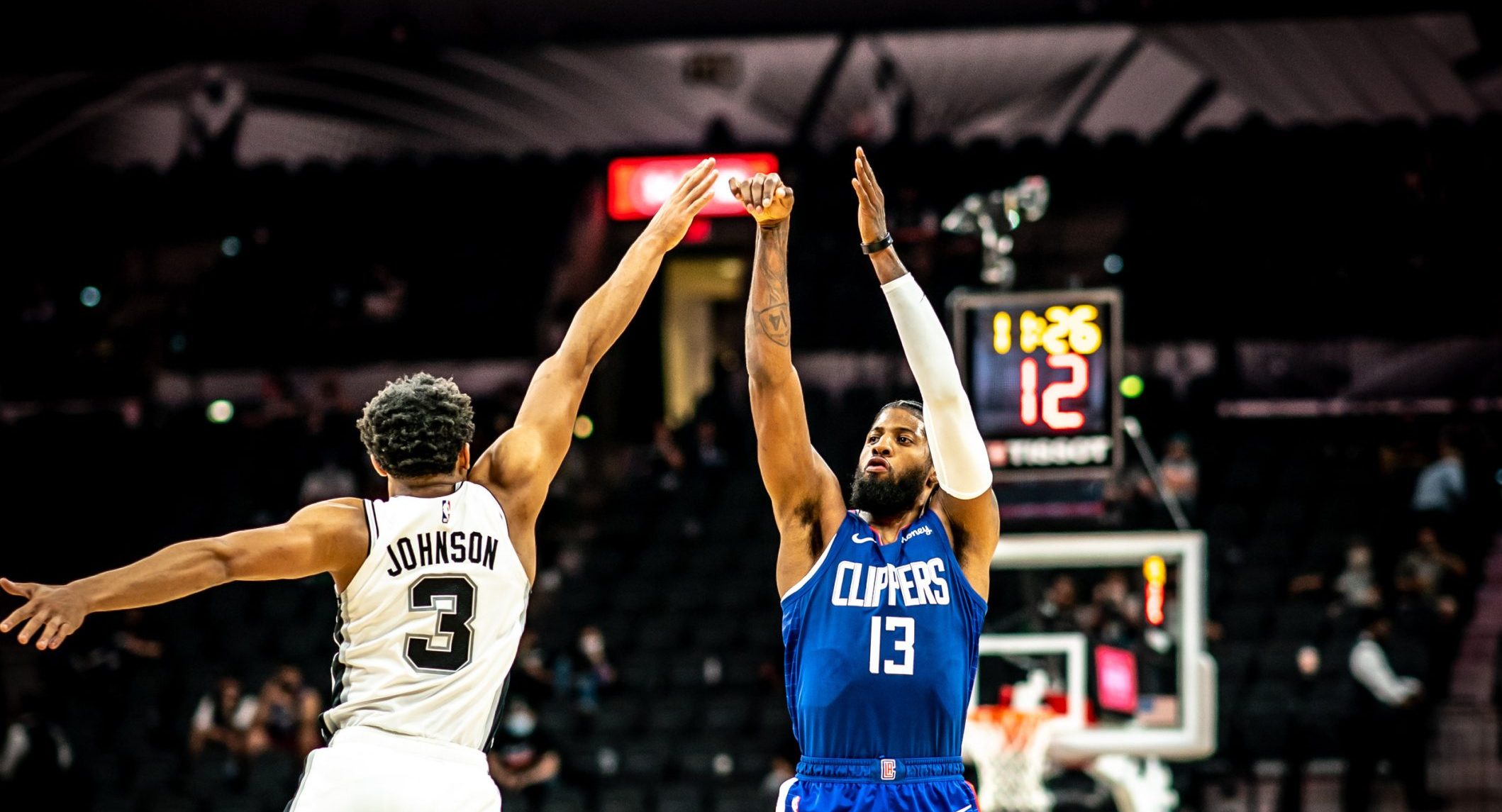 The LA Clippers take on the San Antonio Spurs this Friday evening with hopes of getting back in the winning column after suffering back-to-back losses. Continue reading for our Clippers vs Spurs preview.

How to Tune in: Bally Sports SoCal, ClipperVision, AM 570

Time is running out for the LA Clippers. As our very own Lucas Hann has mentioned on various platforms, the Clips desperately need to make the most of this upcoming four-game stretch if they don’t want to have any way out of this hole they’ve dug for themselves. That begins on Friday night against a Spurs team they’ve already beaten twice this season.

Although the Spurs had a decent win over the Brooklyn Nets the last time they took the court, this very young San Antonio team is one of the worst teams the NBA has to offer (both record-wise and personnel-wise). On paper (can’t emphasize that enough), even the Clippers players that were in uniform on Wednesday night in Salt Lake City should be enough to handle the Spurs. And with everyone available on Friday outside of Luke Kennard and John Wall, there’s truly no excuse for anything but a comfortable win.

Again, the Clippers need this one. They’re still somehow, amid nine losses in 11 games, entering this contest in 7th place out West. But the margins are thin and each loss could be costly.

It’s no secret that the Spurs are bad. But they aren’t bad in the same way that the Clippers are — this is intentional. It’s why Gregg Popovich told us all to fade San Antonio back during the preseason. But another difference between Pop’s and Ty Lue’s teams is that the Spurs bring it almost every night, unlike the Clippers, who as mentioned in the preview, are on a huge slide in part due to lackadaisical effort. Devin Vassell, who hung 29 on LA in a losing effort in early November, won’t play, but guys like Keldon Johnson and Jakob Poeltl can impact the game in many ways.

But individual talent isn’t what Popovich-coached teams hang their hat on, and their talent shortage has very much to do with why the offense is statistically worse than the Clippers’. Still, San Antonio ranks third in assists per game (27.0), which a reeling LA defense will need to be wary of with all of the Spurs’ off-ball movement.