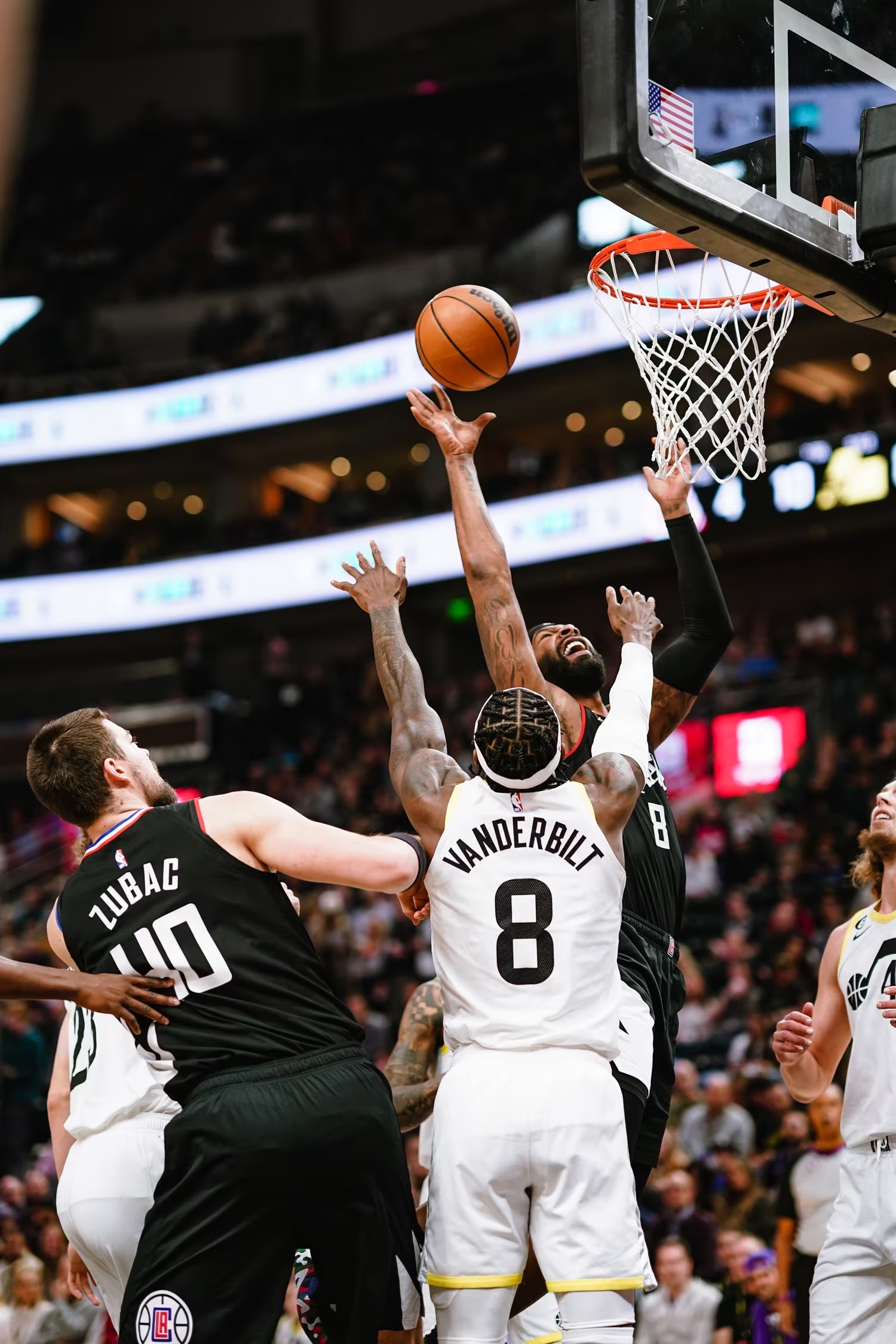 The LA Clippers dropped another game on Wednesday night despite a great game from Norman Powell. He was out-dueled by Lauri Markkanen, who put up 34 points for the Jazz to defeat the Clippers.

Before we get to the summary, a few follow ups to our preview:

— Brandon Boston, Jr., Moussa Diabate, and Jason Preston were made available and played, while Moses Brown was not active.

According to the broadcast, the Clippers got into Salt Lake City in the middle of the night—and they started the game like they were still asleep. Within a few minutes, the Clippers found themselves down nine. They would end the first quarter down 10 after falling as far back as 13. The Jazz were led by Lauri Markkanen, who had 10 in the first frame against a hapless Clippers defense, and Jordan Clarkson, who added eight. Norman Powell led the Clippers with 12 but the 38% team field goal percentage could not not keep up with the Jazz’ 52%.

Utah’s hot shooting continued in the second quarter. They went into halftime shooting 54% from the field and a red-hot 64.7% from three. Markkanen had five threes by himself and Mike Conley—who looked good, but we’ll get into that more below—had three by halftime. But, despite leading by as much as 18 in the second quarter, Powell was able to keep the Clippers in it with eight more points to bring his first half total to 20. Zubac, who was aggressive in the paint, had 11 at the half on 5/10 shooting (he finished the game with 15 points and 12 rebounds in 26 minutes).

Unfortunately, Lauri Markkanen continued his reign of terror against the Clippers, with eight third-quarter points including a monster poster on Zubac. This allowed the Jazz to mostly keep the Clippers at an arms-length all quarter; in fact, they extended their lead slightly towards the end of the quarter to 14. Powell continued his awesome night with another 10 points in the quarter, but the Clippers could not string together stops to put a dent in the deficit.

Norm Powell Goes Nuclear: In our preview, we noted that Norm tends to have a high variance in his production. Well, tonight, he was just about as good as we have seen him in a Clippers uniform. He had 30 points on 60% from the field (and 78% from three). Unfortunately, he did not have a sidekick tonight, so he only played three quarters. Hopefully this can lead to more consistent high-level play going forward.

The G-Leaguers: As mentioned above, Boston, Preston, and Diabate joined the Clippers in Utah. Boston had seven points on 3/9 shooting (0/2 from three). He had a few nice moments, but he was mostly uninspiring (especially with the three turnovers). Moussa likewise had a moment or two (e.g., the three blocks), though he was 1/4 from the field and the free throw line. Preston did not play until garbage time. It goes without saying that none of them looked like a secret weapon who could save this Clippers team.

Mike Conley Audition?: Conley—an infamous Clippers Killer—had 17 points on 6/8 shooting, including five threes (a season high). He also had 9 assists and zero turnovers. He did not look like a third star but he certainly looked like a player the Clippers could use tonight. (Remember, though, this was essentially his best game of the season. He is only averaging 10.2 points and 7.5 assists on 38/35/79 shooting this season.)

Around-the-NBA: The Clippers have fallen to 23-24. They did get some help, with the Mavericks losing, but the Thunder and others in the West put up wins. See more below:

That about does it for this recap of the Clippers’ loss against the Jazz. As always, check out The Lob The Jam The Podcast and Clips ‘N Dip for analysis throughout the week, and follow us on Twitter to watch the game with us!