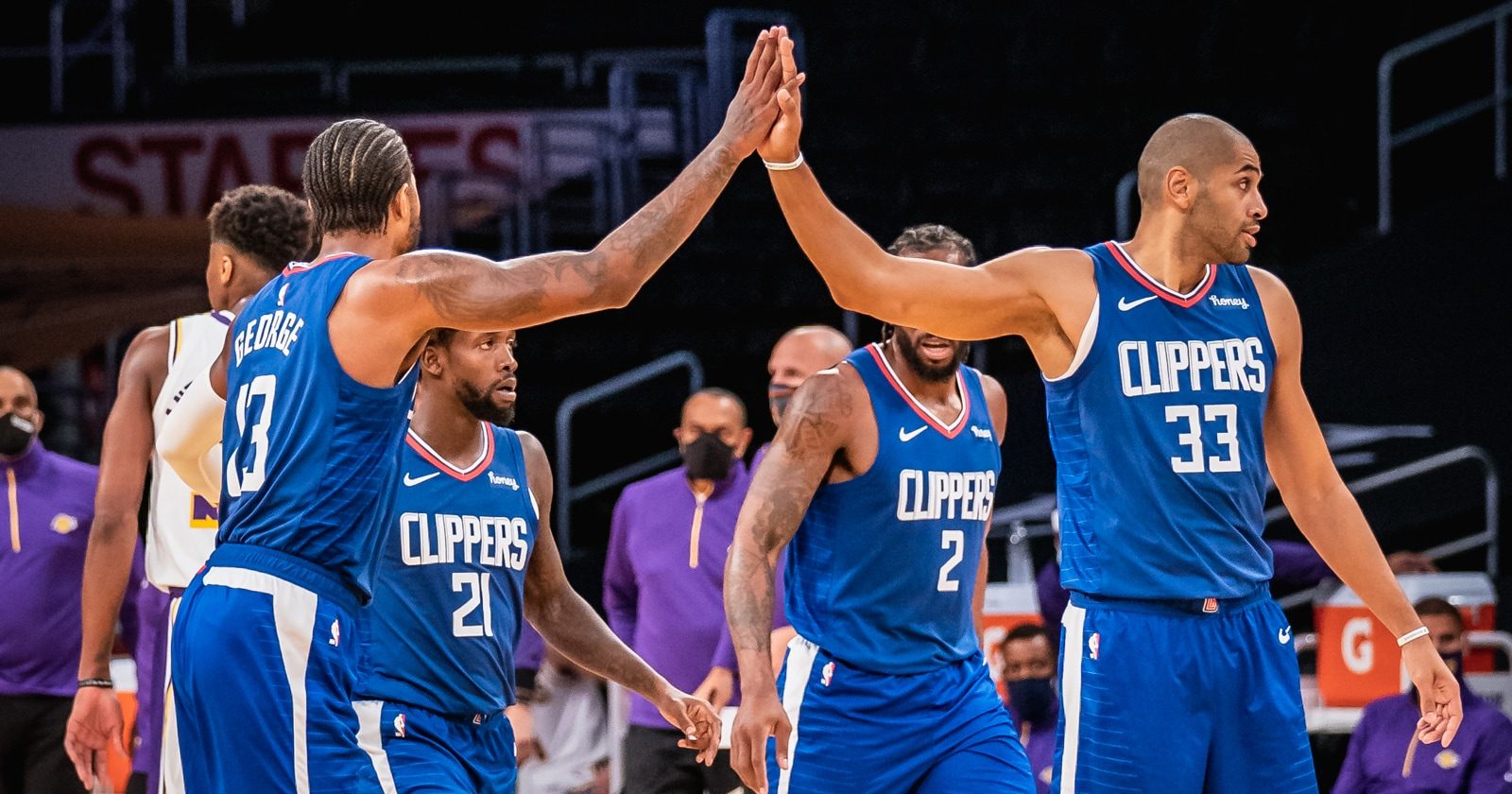 The LA Clippers continue their recent homestand with a game against their neighbors down the hall, the LA Lakers.

After a lackluster loss to the Utah Jazz on Sunday, the Clippers pulled off a thrilling come from behind win over the Cleveland Cavaliers on Monday. Reggie Jackson had his best game of the season with 18 points and seven assists as he shook off any lingering issues from his knee injury against Utah.

The Clippers have been playing better since their losing streak a couple of weeks ago, having won four out of their last five games. Paul George has been the superstar everyone knows he can be, and his late game heroics against Cleveland helped pull off the win. Norman Powell has been slowly performing better, and against the Cavaliers he too had some big plays down the stretch. Terance Mann had his second straight solid game since he’s been in the starting lineup; a productive Mann is a very welcome sign for the Clippers.

There is still a lot of inconsistency though. A lot of that has to do with a revolving lineup, but there are some clear issue the Clippers have to get fixed. Rebounding continues to be an issue and the Cavs outrebounded the Clippers, 48-31. It might be time for the Clippers to explore using that open roster spot on a real backup center. It’s clear Moses Brown is not the answer, and on a two-way contract he’s limited in how many games he can play anyways.

The offense still continues to stagnate at times and the shots aren’t falling consistently. The Clippers have been finding themselves playing from behind too often and needing some heroics to spark late rallies.

But overall, the Monday win was a huge step in the right direction. The Cavaliers had not lost a game since opening day against the Toronto Raptors. This a good team and legit force in the Eastern Conference. For the Clippers to come out and essentially shut them down in the fourth quarter was impressive. It was definitely a potential momentum building win.

The LA Lakers come into Wednesday’s game trying to get back on track. They had started playing better, having won two straight games after being the only team in the NBA without a win to start the season. But they head into the matchup with the Clippers having lost three consecutive games.

No matter what, both teams always seem to be ready for each game against each other. Kawhi Leonard played the last time these two teams squared off at the beginning of the season and the Clippers will be without him this time around. The last game was close, with the Clippers using some late game heroics to seal the win.

LeBron James didn’t suit up for the Lakers most recent loss against the Utah Jazz but he is probable for the Clipper game. So is Anthony Davis, who had been dealing with back issues but played in the last couple of games.

The Clippers have dominated the head-to-head matchups against the Lakers, with the Lakers’ last win coming on July 30, 2020 in the bubble. This should be a fun game that stays close as it usually does when city bragging rights are on the line.