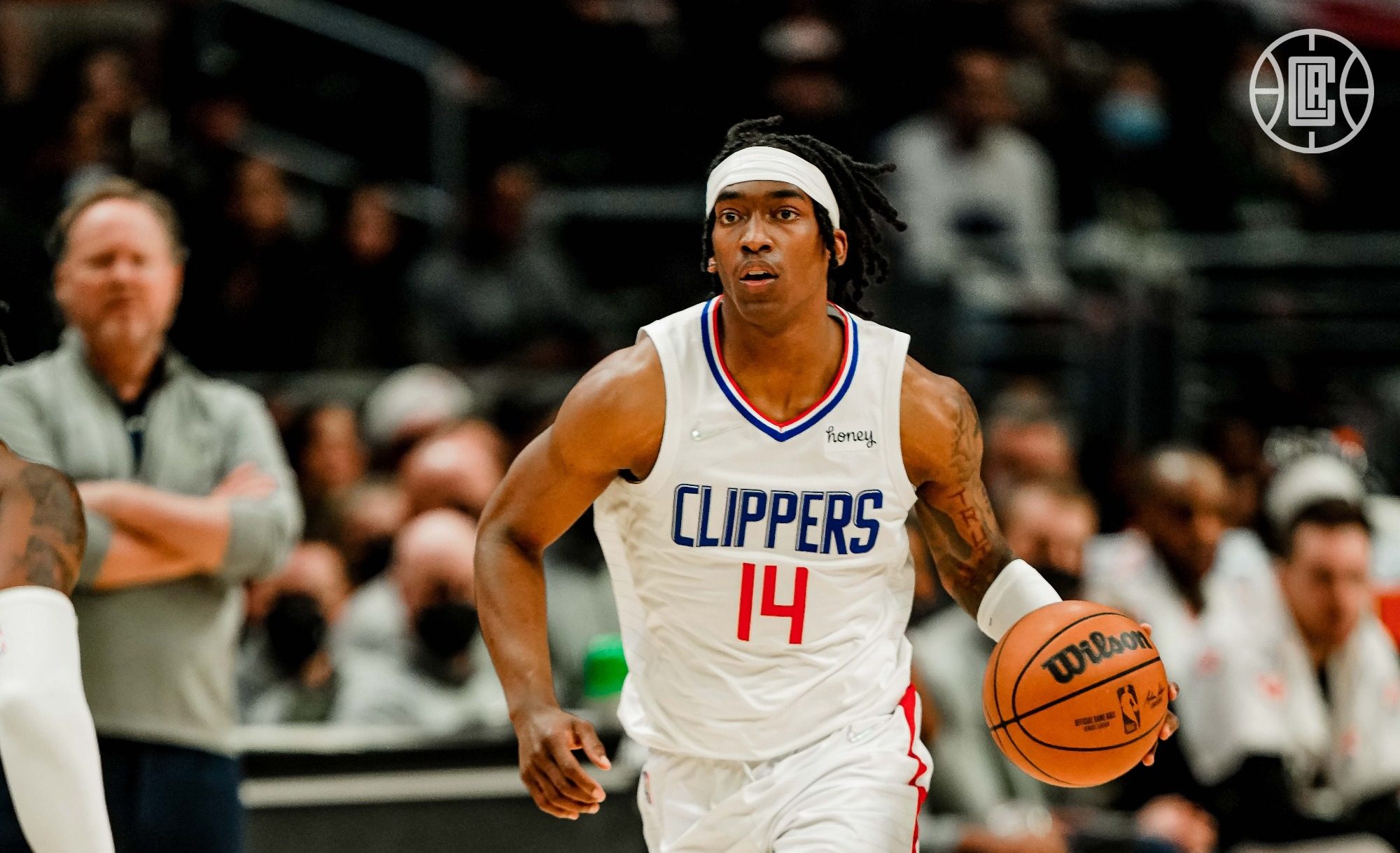 Clippers vs. Knicks Recap: The Other Side of the Broom

Offensively, the execution for both teams to start was good. The actual shooting? Not so much. The Knicks came out sharper and with more energy than the Clips early, pressuring the ball right from the inbound and making LAC pay for falling asleep on three different Alec Burks triples. Overall, New York shot just 10 of 27 from the field here though, letting the Clippers off the hook a bit for giving up five offensive rebounds in the period. Getting used to playing against an above-average defensive center again was tough for the LAC frontcourt, which went 0-6 from the field. Easily the best takeaway for the Clippers in the frame was holding Julius Randle scoreless on 0-for-7 shooting despite him playing the entire quarter. Robert Covington, in particular, had a stretch where he stripped Randle on a drive two possessions in a row. After one, the Knicks held a 25-22 lead.

Things went from sluggish to straight-up bad real quick for the Clippers, who shot just 25% in the second quarter, including 4 of 15 from deep. The recipe was fairly simple for the Knicks, who continued to put pressure on the ball and in transition and shot 16 free throws in the frame, compared to zero for LA. Starting the frame on a 16-0 run courtesy of LAC going 0-for-13 before Luke Kennard’s 3 at the 6:14 mark, the Knicks kept the game physical and didn’t hesitate to attack with the Clippers’ perpetual missing. RJ Barrett especially broke loose here, scoring 16 points in the frame with layups and free throws. Heading back to the locker room, the Knicks held a 59-40 halftime lead.

Out of the break and early into the third, it was more of the same as the Knicks extended their lead to as high as 26. From the 7:36 mark on, however, the Clippers got some much-needed juice from Amir Coffey, Terance Mann and Covington. Down 25 with 7:36 left in the third, LAC swung some rare momentum their way on both ends to outscore the Knicks 20-6. Part of that run was an Ivica Zubac-long two to beat the clock, but attacking aggression from all three of the aforementioned trio suddenly saw the Clips down just 80-68 heading to the final frame.

Coming into tonight, the Knicks had a league-leading three losses after leading by as much as 20, while the Clippers were notoriously in a class of their own when it came to comebacks this season. Unfortunately, that all went out the window right away in the fourth as Cam Reddish paced a stabilizing 10-0 run for New York to start the quarter. By way of four line drives to the rack, ending in either layups or perfect trips to the stripe, Reddish forced Tyronn Lue to call for time with LA down 90-68. For the final 8:53, the game saw plenty of Reddish and Immanuel Quickley in garbage time. While those two were busy combining for 26 of New York’s 36 in the period, LAC got another look at Brandon Boston Jr., Semi Ojeleye and Rodney Hood, who scored his first points as a Clipper.

Up Next: The Clippers will kick off a 5-in-7 stretch, as well as wrap up their season series with the Golden State Warriors on the road at Chase Center on Tuesday, March 8, at 7 p.m. PT.