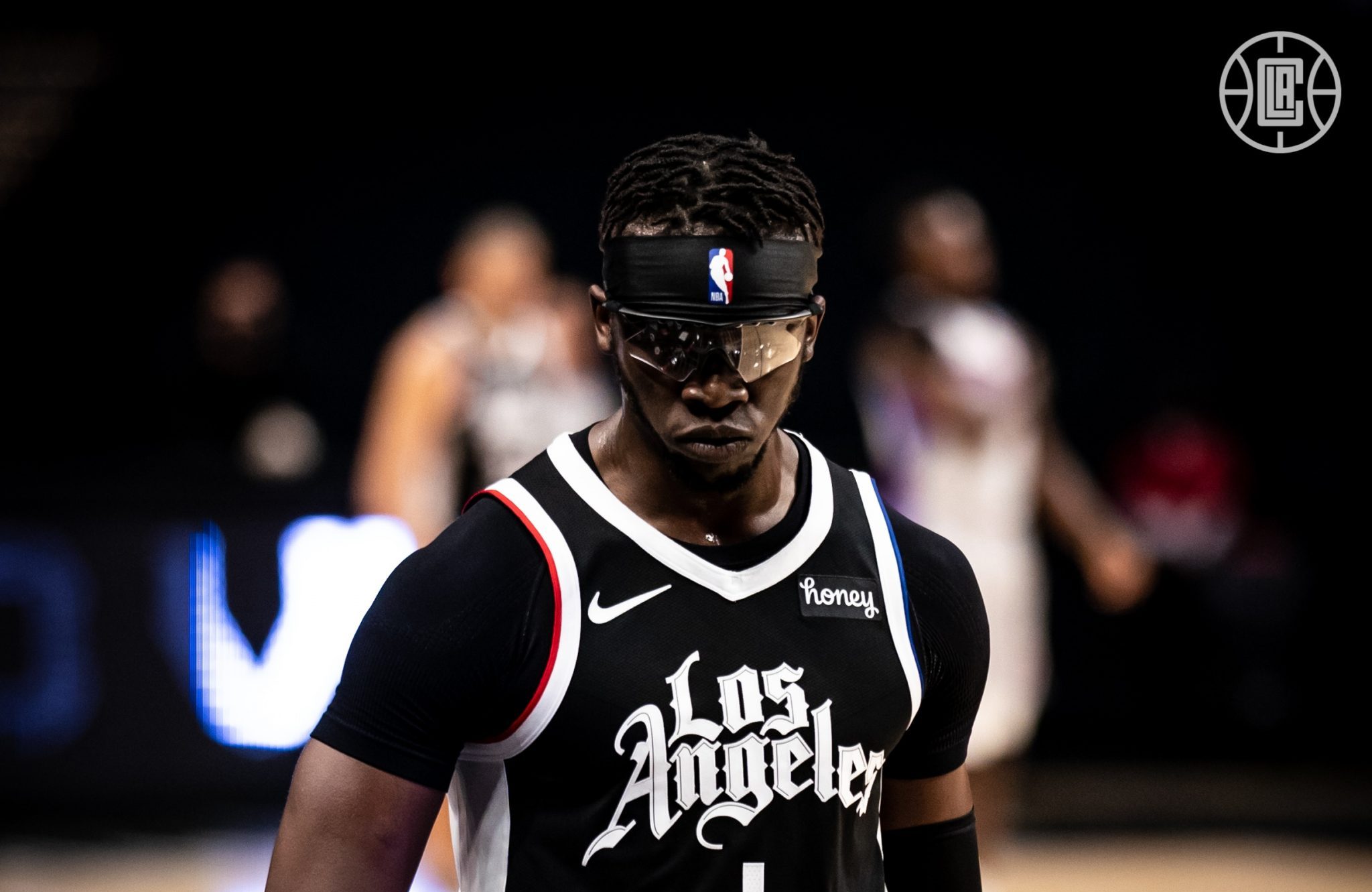 The Los Angeles Clippers looked sluggish on both ends of the floor in their midday matinee at Madison Square Garden, falling to the New York Knicks 110-102.

It was an offense-minded quarter with both squads hot from beyond the arc.  The Knicks shot 72.7 percent from long (8 for 11) and the Clippers a slightly cooler 60 percent (6 for 10).

The Knicks continued to roll in the second quarter, expanding their lead to 12 midway through the quarter. The Clippers trailed by as much as 13 before tightening the screws on defense, forcing a number of turnovers. Nico Batum gave the Knicks particular problems with his smothering presence on the perimeter.

On the offensive end, Reggie Jackson upped the aggressiveness with success, driving the lane, connecting on floaters and hitting from long range. Big Government had 12 points in the quarter. Rookie Brandon Boston Jr. added seven.

STATS AT THE HALF

Jackson was best for the Clippers at the half, with 14 points on 6 of 9 shooting (2 of 4 from three), 4 assists, 1 rebound and 1 steal.  Ivica Zubac and Boston also finished the half in double figures, logging 10 points apiece.  Zubac also led the Clippers with 4 rebounds.

The Knicks were led by a very productive R.J. Barrett.  Barrett connected for a game high 17 points (including 3 from deep), 2 assists and 4 rebounds.  Julius Randle was also solid, contributing 11 points, 3 assists and 3 rebounds.  Mitchell Robinson was best on the boards with a game-high 7 rebounds.

The Clippers started the second half with the same five who started the game, as did the Knicks.

Less than 2 minutes in, Marcus Morris picked up his 4th foul. Morris played just over 12 minutes in first half due to foul trouble, his early exit in the second half was not ideal. Senior never got going in this one.

The Knicks’ Mitchell Robinson made an exit soon thereafter after turning his left ankle.  He was later reported as having suffered a sprain and did not return (though he later reported on Twitter that he’s fine).

The Knicks opened the half on a 7-0 run, taking advantage of the Clippers’ defensive sluggishness.  Randle had 9 points in the third quarter for New York, Evan Fournier added six.

In addition to defensive struggles, the Clippers cooled significantly on the offensive end of the floor, going 5 for 20 from the field and 2 of 9 from deep. Jackson led the Clippers with 6 in the frame, while Kennard and Zubac both contributed 5.

The Knicks outscored the Clippers 25-20 in the third and took a 10-point lead into the final frame.

The Clippers’ offensive struggles continued during the final 12 minutes.  They were able to get a number of stops down the stretch but had trouble converting. The comeback was within reach, but the Clippers fell short, 110-102.

RJ Barrett was spectacular for the Knicks, with a game-high 28 points to go along with 14 rebounds, 6 assists and 1 blocked shot.  Julius Randle was next best for New York, adding 24 points, 5 assists and 9 rebounds.

The Clippers outscored the Knicks in the paint 38-34 but lost the battle of the boards 52-40. The Knicks were more effective than Los Angeles at the charity stripe, converting 16 of 19 attempts as compared to the Clippers’ 20 of 30, and also performed better with regard to second chance points (21-10) and fast break points (13-9).

Off Game for Key Players: A key to the Clippers’ success this season has been their balanced offensive effort.  When multiple guys are contributing, the team is hard to beat, even without its two future hall of fame stars. Against the Knicks, Marcus Morris Sr., Amir Coffey and Eric Bledsoe all struggled, and the outcome of the game reflected that struggle.

Points off turnovers: The Clippers turned the ball over 12 times against the defensive-minded Knicks, and the Knicks converted those turnovers into 20 points. Although the Knicks also turned over the ball quite a bit, 13 times to be exact, the Clippers were unable to capitalize on those errors, scoring just 12 points. Missed opportunities.

Big Zu Continues to Impress:  Ivica Zubac was fantastic in this matchup. Today the mild-mannered center logged his third-straight game with a double-double, which is the longest such streak of his career. No easy feat, given that two of these games had him matched against very tough opponents (the reigning MVP Nikola Jokić and Joel Embiid). Zubac had some notable moves on the block against the Knicks; his low post game continues to develop nicely and complements his pick and roll play.

Career High for Mann: On his first bucket of the game, Terance Mann reached a new milestone – a new career-high for points in a single season.  Mann ended the game with 9 points and now has 480 for the season.

Swaggy Hart and Justice:  Not necessarily a game note, but this will be the final note.  These boys had serious swag going into today’s game…

The Clippers travel to the nation’s capital next; they face the Washington Wizards at Capital One Arena on Tuesday, January 25, at 4 p.m. (PT).