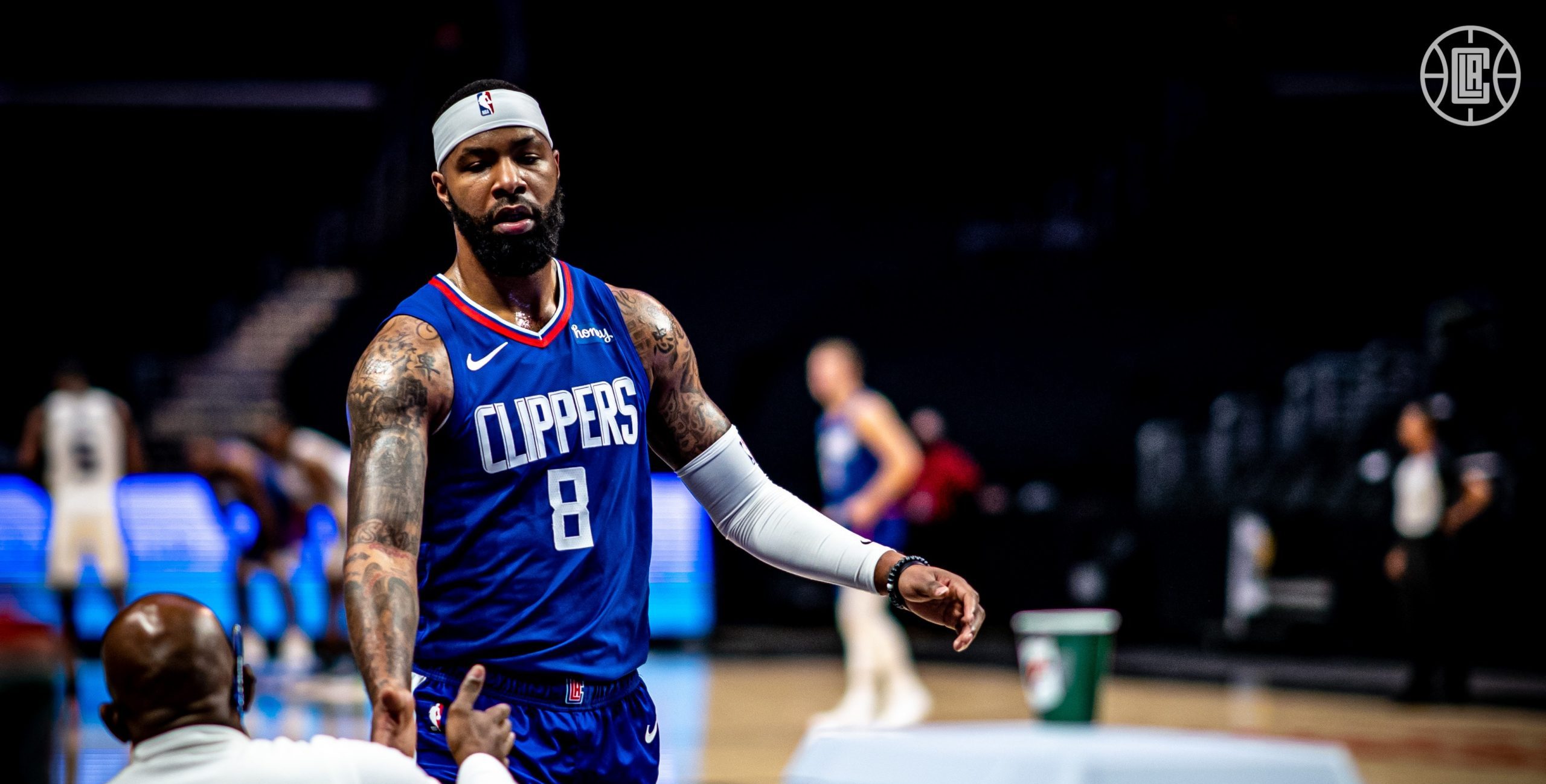 Clippers vs. Warriors Game Preview: Getting on Track

The Clippers take on the Warriors for a Pacific Division rivalry game on TNT. Check out a full preview of the Clippers’ game against the Warriors below.

Despite their atrocious loss to the Knicks Sunday night, the Clippers are in a good spot overall. Sitting 4.5 games ahead of the Lakers and 6 ahead of the Pelicans, the Clippers have a nice cushion at 8th, which is critical for the play-in race. Despite how well the Timberwolves have played lately, the Clippers are within 2.5 games of Minnesota as well, keeping the hope of a 7th seed as well. There isn’t much hope of anything more than the play-in without the Clippers’ stars, but unfortunately there isn’t much news on the Kawhi and PG front outside of “they’re feeling well and progressing”. Norm Powell does seem likely to return at some point, but while he would be critical alongside those stars, by himself he’s not enough to get the Clippers on a playoff run. However, the Clippers have played well without their stars, and been mostly fun to boot behind some excellent defense and gutty offense.

The Warriors have had struggles of their own. The Dubs have lost four in a row, falling to a tie for 2nd in the West, and are now way back of the first seeded Suns. Just 14-14 in their last 28 games, the Warriors desperately miss Draymond Green on both ends, with their passing and playmaking taking just as much a hit as their defense. Meanwhile, All Star starter Andrew Wiggins (it’s still funny to say) has been flat-out dreadful for weeks, barely contributing on offense with poor efficiency and playing mostly bad defense. Klay Thompson has been solid on offense but not great on defense, and his return threw off the play of Jordan Poole, who had been playing excellently to start the year. Veterans Nemanja Bjelica and Otto Porter have fallen off as well as the season has gone along. In short, the Warriors are a mess. Steph remains transcendent, and Klay and Poole are still explosive from three, but this is not a title contending team without Draymond.

RoCo Out: Robert Covington has probably been the Clippers’ best overall player since he came over before the trade deadline. He’s hit a good amount of his threes, rebounded well, moved the ball, and played simply stupendous defense (like All-Defense level) at multiple positions. RoCo is out for personal reasons for this game (we of course hope all is well with him and his family), which is a big blow to the Clippers. Ty Lue could shorten his rotation down to nine players and stagger Nic Batum and Marcus Morris to always have one on the court, he could go small with Amir Coffey/Terance Mann at power forward, or he could bring Semi Ojeleye or Rodney Hood into the rotation. I’d bet on him expanding the rotation, which will be interesting since Hood has played just a few rotation minutes and Ojeleye hasn’t played any at all. Those guys have been bad this year, but who knows, maybe they can give the Clippers some passable play in one game.

Amir Coffey > Andrew Wiggins: A month and a half ago I tweeted the hot take that Amir Coffey is better than Andrew Wiggins (again, who was an All Star starter). I only feel better about that take now. Per 100 possessions, Wiggins does average 7.8 points more than Coffey, which is a lot. However, Coffey is far more efficient (61 TS% compared to 56.7%), averages similar rebounds, produces more assists, and turns the ball over much less (1.4 to 2.2). Despite his reputation, Wiggins is also an average defender, and Coffey is around that level if not a bit better. So, if you need volume scoring, Wiggins is better, but if you’re just asking someone who can fit in and play off other guys in the context of a team setting, give me Amir.

That will just about do it for this preview of the Clippers’ game against the Warriors. Leave your comments below!