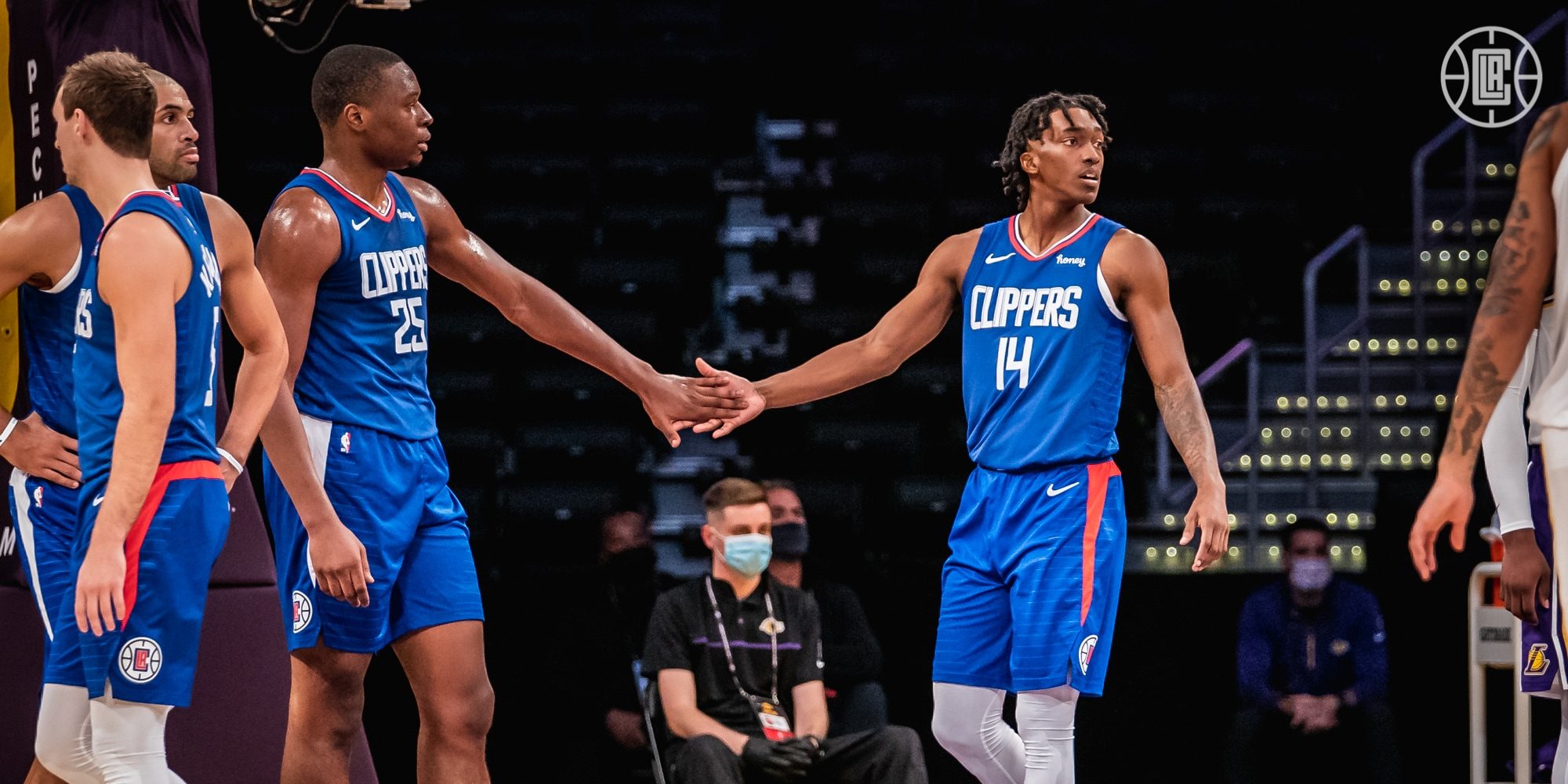 Player grades certainly took a negative turn last night as the Grizzlies handed the Clippers their worst beatdown as a fully healthy roster. Let’s see how the players grades shook out for the Clippers’ loss to the Grizzlies.

Patrick Beverley: C. Patrick Beverley had another game in which his impact was only moderate. That’s not to say he did anything negative, he just didn’t have much of an effect on either end. He shot 1-3 from behind the arc and again ended up spending a lot of time playing defense away from the ball. It’s hard to point the finger at Pat for this game specifically, but I do expect him to be better.

Paul George: C-. Out of sync; the perfect way to summarize PG’s night. Memphis’ defense took away a lot of what had been working for George — they crowded him on his drives to the rim, picked him up full-court and played him physically, and made all of his three-point attempts tough. This was probably Paul’s worst performance of the season and it felt even worse because not a lot of other guys showed up either.

Kawhi Leonard: C+. Kawhi saw two defenders all night long. As he tried to operate out of the post, he saw the double-team and found open shooters throughout the first half. But once it was clear that the shooters weren’t going to be contributing much, Kawhi began to force the issue a bit to no avail. When he didn’t see a double, Justice Winslow did a great job of matching Kawhi’s strength and athleticism as a one-one defender. Kawhi wasn’t much better on the other end either. Whether it was a communication error, a backdoor cut, or a poor shooter like Winslow hitting a tough middy over him to beat the shot-clock buzzer, things just didn’t break his way. Although he did have seven assists — his most in over a month — there’s nothing else positive to take from this game. The Grizzlies had a plan and they executed it very well.

Nic Batum: B. Games like these, in which a team is outplayed from start to finish, usually make the little things that a player like Nic does go unnoticed — especially when you look at the box score (4/2/2). That being said, Nic was his usual self. He guarded a bunch of different guys on the defensive end, kept the ball moving on offense, and was making lots of high-IQ plays. However, his shot attempts were low once again and he only made one three. I’d like to see Batum’s production be about in line with his averages, but a lot of that is dictated by how well the superstars are playing — which was not well at all against the Grizzlies.

Serge Ibaka: B+. Good news: Serge found his touch from three, was one of the only bright spots for the Clippers, and his 13 points and 7 rebounds kept the Clippers in striking distance throughout most of the game. Bad news: Serge’s defense continued to look bad. Ja Morant blew by and euro-stepped his way past Ibaka on multiple occasions no matter what the pick-and-roll coverage was, and when he found enough times to recover and contest the shot he had little to no effect. He even bit on a Jonas Valanciunas pump-fake in the midrange area that led to an uncontested finish at the rim. But you know what? This was maybe Serge’s best game in a few weeks and I think that’s what is most important here. It’s just too bad it had to come in a 28-point deficit.

Lou Williams: C-. I credit Lou for subbing in mid-way through the first quarter and immediately giving the struggling Clippers offense some much-needed life. He didn’t bring much else to the table after that, though, going 2-7 in quarters two, three, and four with just a single assist. I want to give Lou a pass because it was his first game back after just having missed a game, but that was just for rest and not injury. Hopefully, he will return to form after getting a game under his belt.

Marcus Morris Sr.: C. Mook put together a decent first half in which he scored all nine of his points — six of which came by way of three second-quarter midrange jumpers. His second-half offense and defense were as bad as everyone else’s and that’s really all there is to say about it. 9 points, 2, rebounds, and 1 assist in 25 minutes won’t cut it.

Ivica Zubac: C. Gameplan and game-flow were the two main reasons why Zu had a quiet outing. Gameplan — the Clippers played “drop” in most of their pick-and-roll coverages, which left Zu watching a million floaters pour in over his head. As a result, he wasn’t able to force any misses and turnovers to get out in transition and rim-run. Game-flow — the Clippers’ iso heavy attack on the offensive end didn’t create many drives to the basket; rendering Zu ineffective as a lob threat or as an offensive rebounder. Eventually, the deficit increased and the small ball unit soaked up more minutes in an attempt to put some points on the board and also switch positions 1-5 on defense. There wasn’t a lot that Zu could’ve done to change the outcome.

Reggie Jackson: C+. I thought Reggie was solid for a good portion of the game. His offense certainly was helpful in keeping the game in striking distance; his pace and shot-making — to be specific. However, for as much as his offense kept the Clippers’ hopes alive, his fourth-quarter defense quickly ended those dreams. The Memphis made it a point of emphasis to hunt Reggie out as much as possible as he repeatedly fouled drivers and put them at the line. He returned late once the game got out of reach and instantly lost all previous sense of responsibility that he had played with while the game was close, hence the four turnovers. Reggie was a positive for the most part, but a few bad stretches fractured what could have been a good night for him.

Terance Mann: C. Not much happened for Terance in round 1 against Memphis. He played six ineffectual first-half half minutes before returning for a second six-minute stint to close out the game. About the only thing of note is that he continues to get the nod over Luke Kennard.

Mfiondu Kabengele went 0-2 in six garbage-time minutes, while Luke Kennard contributed a three-point make during those same six minutes. Patrick Patterson did not travel with the team due to personal reasons.